What I learnt building a health app

When launching a health app, it is always about convincing other people to change the habits of a lifetime. When we began pitching Joint Academy to physiotherapists - top-level professionals who had always treated patients hands-on and face-to-face - they initially saw no reason why they would ever do physio remotely.

Health is a hands-on industry, physiotherapists want to meet people, to put their hands on where it hurts in order to diagnose a problem. You are asking proven professionals to leave a method they’d always had results with. That is the key question you are asking with any health app - why is this better than the way medicine has worked for many years?

It took a while for physios to believe in an idea we first had in 2014. I was aged 22 and studying Computer Science in Stockholm and my father Leif - through 25 years experience in joint research and over 100 peer-reviewed studies - was showing the world how joint relief was not about painkillers and operations, but strengthening joints through steady exercise and achievable lifestyle changes.

The app boom had begun edging into health and we realised an app could put a doctor and a therapist in your living room. What if my Dad could reach millions of people at once?

With Joint Academy, we showed that physio and joint relief could be achieved through an app and have real, long-term benefits, not just in relieving pain, but preventing the need for operations and encouraging real lifestyle change from its users.

How do we prove we’re good for people’s health?

It was a big risk. Telemedicine was still very early - there were no success stories for us to follow - especially none for an older age group who were perhaps resistant to smartphone use.

We broke down my Dad’s teachings into a three month package, showing how an app could help people stick to a gentle regime in a cost-sufficient way.

We spent a lot of time on usability and qualitative research to understand how our age group used apps. They wanted to keep it simple. No swiping, just immediate access. We created an app that was loaded with support - we signed up 400 physiotherapists who would work through us  - and was easy to use so there were no barriers to keeping to the programme.

There were tiny details in that too. Improving the contrasts, typography and fonts to make the app easier to see and structuring our exercise videos in a pedagogical way, so our users could follow the exercises easily.

By Jan-Feb 2015, I was still at university. But it became a question not of, “How risky is it to drop out to start a company?” but one of, “How much risk is it not to?” It was made easier by receiving the first round of funding which gave me a small salary and justification for our idea.

Winning the funding was about narrative and storytelling. Graphs and data points were pointless when there was no existing evidence in your field. It was actually about painting the picture historically of health appointments and asking, “How will we be going to the doctor in the future?” We knew it would be more technology focused - the job was showing how Joint Academy dovetailed into that. We have now raised $34.2m.

Doctor, do you want to learn how to do things differently?

The hardest thing was getting support within the industry, that offering accessible treatment by app was cheaper and better in the long term. We understood 80% of health service costs come from chronic diseases and conditions that will always be there - i.e. diabetes, mental illness and joint pain.

It was lots of hard work, door-knocking and street pounding. We finally got health authorities in Sweden to back us by proving we were three times cheaper than the way they had always done things. We had our own objective clinical studies published observing the patient outcomes.

We confirmed what we knew, that patients were definitely having better outcomes and beating traditional healthcare.

When COVID-19 happened, health was forced to accelerate things even further, changing people from clinic-based physical appointments, to online alternatives. We were already there in place.

We now have over 25,000 patients all reducing their pain more than meeting their physical therapist in person. But meetings in person were exactly how we made it happen. 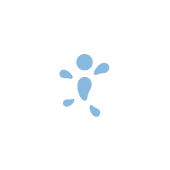 Joint Academy is a digital clinic for people with osteoarthritis. The company are pioneering software-as-a-medicine for osteoarthritis, re-thinking and transforming how people get diagnosed and treatment for the chronic disease.

The startup's product approaches healthcare with real science (clinical evidence) primed by objective data (machine-learning) to deliver the best outcome for healthy joints. For the hardest-to-treat conditions, Joint Academy simply believe they have to go beyond pills and surgery.

How to keep safe as a business traveller in 2021