What can businesses expect from Web 3.0?

As a generation of digital natives, Tim Berners-Lee’s creation has become an intrinsic part of our lives today and as such, we tend to take most changes to the internet in our stride. That said, the internet as we know it is evolving at a rapid pace from its earlier inception, Web 2.0, with the latest developments making way for a whole new browsing experience.

The term ‘Web 3.0’ might be an unfamiliar one to some business leaders, which might lead many to consider what the new changes will mean, and how will they differ from the internet we see today?

A brief history of the web

A term coined by New York Times journalist John Markoff back in 2006, Web 3.0 outlines a whole new iteration of the internet, which leverages Artificial Intelligence (AI), Machine Learning (ML), 3D graphics, distributed ledger technology and decentralised data networks, to ensure that users are better-connected than ever before.

This new conception of the web is a far cry from the basic text- and image-based web pages of the original Web 1.0, which was characterised by the first business websites and enabled media companies such as the BBC to start creating a digital presence. Although this one-way platform paved the way for the internet we know and use today, Web 1.0 was far less inclusive. While the ability to create one’s own content was near impossible, web searches were highly dependent on specific phrases to function.

Meanwhile, Web 2.0 (or ‘the social web’, as it has been termed), was a significant improvement – it placed a new emphasis on web design, as well as social interaction and user-generated content, allowing users to enjoy a richer, more responsive, and more democratic web experience.

That all said, we are now approaching the brink of Web 3.0, which is about to shake things up once more.

Borne from Tim Berners-Lee’s vision of a ‘Semantic Web’, Web 3.0 looks set to make way for an expansive and interconnected experience: "People keep asking what Web 3.0 is. I think maybe when you've got an overlay of scalable vector graphics everything rippling and folding and looking misty on Web 2.0 and access to a semantic Web integrated across a huge space of data, you'll have access to an unbelievable data resource."

Although the new version of the internet is unlikely to be exactly as Berners-Lee imagined, it will certainly be a more ‘intelligent’ internet, given its use of ML-powered technologies, allowing for faster and more ubiquitous connectivity. This means that users can expect data collection to be more universal than ever before, but without raising too many concerns about privacy and data misuse. Quite the contrary, Web 3.0 will denote a movement towards more purposeful data collection, no matter the context.

Users and business-owners will likely be relieved to hear that Web 3.0 looks set to provide greater context and deeper understanding of every web page, too. Search engines, for example, will be able to have a greater contextual understanding of every web page indexed. No doubt, this will be good news for digital marketing teams, who will likely be first in line to put these features to use.

Elsewhere, advances in AI, as well as augmented and virtual reality (AR and VR) will allow for a more immersive experience, blurring the lines between the virtual and physical spheres. Up until now, the internet has existed only in a ‘flat’ context, aside from the proliferation of videoconferencing tools which have soared to new heights in recent years. In the months and years to come, expect these technologies to become even more fundamental.

Blockchain technologies will make for a more democratic internet

When Berners-Lee initially outlined his hopes for the internet, it is highly unlikely that he envisioned the fact that internet heavyweights would dominate the web, presiding and profiting over user data. Thankfully, though, Web 3.0 will mark a departure from the surveillance and centralisation that have marred the internet as we know it.

In the not-too-distant future, blockchain technologies and decentralised infrastructure will play a larger role, which should go some way towards ensuring that individuals are able to enjoy a fair and rightful ownership of their data. Hopefully, this new autonomy should supplant the exploitative tactics of tech giants, allowing users to ‘opt-in’ when it comes to their time and information.

A new dawn for data

As I have already noted, newer technologies will allow for a more self-governed experience when it comes to data usage and avoid the surveillance and exploitative data handling that we have all become so accustomed to, while enjoying a more connected World Wide Web. However, users might be wondering what the longer-term implications of these new features will be.

One idea worth exploring is the fact that decentralised web environments will significantly lessen the threat that cyber risks currently pose. In particular, exciting developments within networks like Filecoin, which offers decentralised storage for some of humanity’s most important information, will enable users to store data safely and reliably, and collaborate and explore the web without fear. For organisations across the board, and especially those more vulnerable to attacks, this will be a very positive development indeed.

Although it is difficult to say with any certainty as to when we will enter the era of Web 3.0 entirely, it is important to acknowledge that many early-stage applications have already arrived. With things only set to improve, I have no doubt that business leaders will be able to make the most of this new and exciting chapter of the World Wide Web. 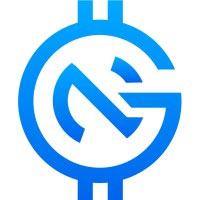 London-headquartered, NexGen Cloud is working with Cudo Ventures to disrupt the cloud compute market. With data centre operations established in Sweden and Norway the company is able to deliver infrastructure-as-a-service cloud computing that is cheaper and greener than the mainstream providers.

NexGen Cloud also provides opportunities for investors to access the cloud sector, giving them the chance to share in the growth of market sector by investing in compute power.

How has customers wants and needs changed?

A new internet spells a new model for DTC startups