UK startups and competition would be damaged if the government cracks down on mergers and acquisitions involving big tech companies, a new report argues. The report, released at the end of a Government consultation, warns that the plans will chill investment in British tech startups, hurting the UK’s competitiveness and attractiveness as a place for tech startups to do business.

Under the status quo, mergers are blocked if the Competition and Markets Authority (CMA) thinks they are likely to reduce competition, the CMA is expected to block Facebook’s acquisition of GIF host Giphy on these grounds. The Government’s proposals would lower the burden of proof for deals involving certain big tech companies such as Google and Facebook.

Under the new standard, any deal with a 'realistic prospect' of reducing competition, defined in law as being 'greater than fanciful, but less than 50%', would be blocked. This, the report argues, would amount to a de facto ban on mergers and acquisitions involving big tech companies. “The UK government has misjudged the prospects for a similar crackdown on tech M&A in the US, and as a result may back Britain into a corner.

"If we proceed with such stringent rules blocking these deals, but the US does not, the UK will become a terrible place to found a tech startup, since it will be so much harder to be acquired here than it would be in Silicon Valley.

"Even the European Union is not proposing such anti-tech rules. The UK startup scene is something to be proud of, it would be a profound mistake to make its life so much harder, and leave the UK as a global outlier.”

The report, authored by The Entrepreneurs Network along with the International Centre for Law and Economics, highlights the importance of takeovers to the UK’s startup ecosystem.

Selling to a larger company is an important route to exit for startup founders and investors. Almost as many British startups (eight) were bought by Microsoft, Google, Facebook, Amazon, and Apple, the companies likely to face this crackdown, as exited through IPO (nine) in 2019.

Restrictions on takeovers can have strong negative effects on venture capital investments, the report highlights data indicating that US states that pass anti-takeover laws see VC deals decline by more than a quarter.

Camila de Coverly Veale of startup lobby group Coadec said: "This is a vital and timely report. Founders and investors see exits via M&A as an incredibly effective recycler of talent and investment around the tech ecosystem, and they are concerned that the proposals under consideration would obstruct it.

"When we polled VCs we found that half would significantly reduce the amount they invested if the ability to exit through M&A was restricted. We hope the Government takes notes.”

Competition in digital markets often takes place between large digital platforms, the report argues, using their advantage in the original market to gain a foothold in the new one dominated by another digital platform. And acquisitions of the kind being curbed can accelerate this competition.

All of these, the report argues, could have been in jeopardy under the government’s proposals.

“By blocking deals that would increase competition between the tech giants, the Government’s plans could seriously backfire.” said Sam Dumitriu, Research Director of The Entrepreneurs Network and report Co-Author. 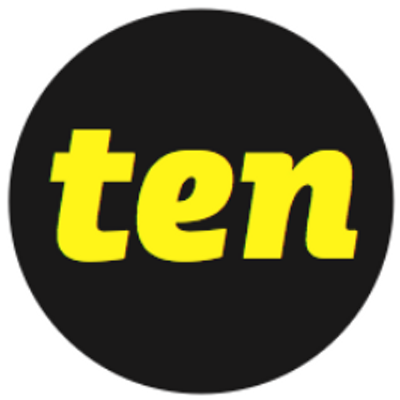 The Entrepreneurs Network is a think tank for the ambitious owners of Britain’s fastest growing businesses and aspirational entrepreneurs.

How to get your business back to being able to travel

Improvement in number of SMEs in significant distress

Europe’s largest Business Show is back for 2021