Today’s smart cities are transforming the way we live, work and play. But far from being just a 21st-century gimmick, there are significant, even life-changing, advantages to the implementation of smart technology in cities around the world.

What is a smart city?

Smart cities use the power of connected technology to increase efficiencies, maximise resources and improve the quality of services and general quality of life for their residents. A smart city represents a space in which humans and technology interact in a more intelligent, connected and automated way, thanks to trends such as big data, artificial intelligence and the Internet of Things (IoT).

Cities around the world are already a lot smarter than they were a few short years ago. Initiatives can cover a range of applications, from power distribution, transport systems, street lights, and even rubbish collection.

The truth is that these changes can’t come soon enough. By 2050, the UN predicts that 68% of the world’s population will live in urban areas. With more and more people living in cities, we can expect an increase in associated environmental, societal, and economic challenges. But by making cities smarter, we have a better chance of overcoming these challenges as well as improving key quality of life indicators for city-dwellers.

What are the benefits of smart cities?

From conserving resources to making cities safer places to live, the benefits of smart cities are limitless. Here are some examples of some of the most common applications and advantages today:

Navigating and negotiating traffic is one of the greatest challenges faced by those who live in cities. Fortunately, smart technology offers some promising solutions, such as:

By automating functions that were previously carried out manually, cities are able to make better use of human resources. Rather than the somewhat archaic notion of AI and automation replacing human jobs, technology works hand-in-hand to boost process efficiency.

Examples include using smart meters for utilities, read and reviewed by humans back at base, instead of relying on doorstop manual readings, or sensors attached to refuse containers to report which ones actually need to be emptied, determining a more logistically, environmentally efficient use of transport routes. Smart technology removes the guesswork, allowing resources to be deployed where they are needed most.

By monitoring energy consumption in real-time, cities are better positioned to identify wastage and energy efficiency opportunities. Smart lighting also forms part of an energy efficiency strategy, allowing lights to be adjusted or dimmed based on real-time data.

Thanks to the proliferation of connected technologies, cities are able to use real-time data to improve safety and boost incident response times. In times of a global pandemic, smart technology can also be deployed for access control and occupancy monitoring.

By understanding just how beneficial a smart city can be, we only have to look to real life examples.

In 2020, London was once again declared the smartest city in the world, according to the seventh edition of the IESE Cities in Motion Index 2020.

This annual index analyses the level of development of 174 world cities across nine dimensions that are considered key to truly smart and sustainable cities:

London has held the number one ranking since 2017. It’s also interesting to note that the city houses more startups and programmers than almost any other city in the world. London is well-placed in almost all of the nine dimensions, except for social cohesion and the environment.

According to the ESE Cities in Motion Index 2020, another six cities in the UK make the top 100 list of the world’s smartest cities:

Here are some of their key initiatives and focus areas:

The Scottish capital city has a smart city vision for the year 2050 addressing four themes:

The city has already piloted many smart city-related schemes, including a Business Process Change pilot. This initiative focuses on lean thinking and customer journey mapping data to improve customer service within the city.

The Glasgow City Council has created a host of smart developments, such as:

Manchester Smarter City‘s vision is based around six key themes: live, work, play, move, learn and organise. The City Council is working with organisations such as the University of Manchester, Cisco, BT and Siemens on the  IoT-focused demonstrator 'CityVerve', which laid the groundwork for long-term smart city planning and development.

The Human Factors Research Group at the University of Nottingham oversees a key smart city development in Nottingham titled ‘Smart Campus – Smart Cities’. Researchers are focusing on using open data and digital technologies to enhance safety and responsiveness on the streets. Nottingham was also named the smartest city in the UK for energy in 2017.

What about those cities that fear getting left behind?

Creating a smart city may seem like a daunting prospect, but the truth is that it’s happening all around us already by default. Just think how ride-sharing apps have already transformed the transportation industry around the world. Smart technologies have become more accessible and more affordable, helping local councils to reinvigorate their towns and livelihoods.

A smart city doesn’t become a smart city overnight; rather, it becomes smart over time via the implementation of technology as and where it makes sense for that particular location. Partnering with a technology partner can help councils and cities navigate their transformation in an effective and sustainable way. 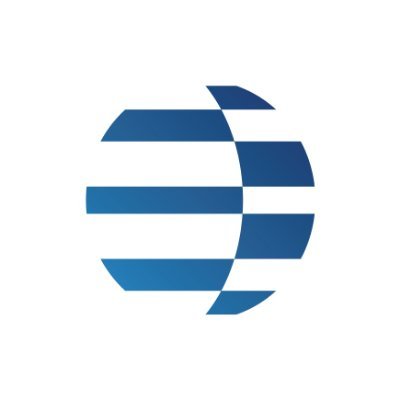 Smarter Technologies provide real-time asset tracking and monitoring solutions, applicable to almost every industry and useful to any business. They track, monitor and recover assets across the globe, providing asset tracking systems to the open market and fulfilling the world’s most complex asset tracking requirements, providing smart building and smart city systems and infrastructure, all operating in real time.

5 tips for aspiring healthtech founders from a doctor and CEO

The Habit of Creating New Habits

How to improve your handyman business