In 1944, as the WWII was drawing to a close, a gentleman called Harold Samuel decided to start buying houses which had basically been demolished due to the bombing. The idea, seen crazy by many (after all, what is the value of a pile of rubble?), did work, as his company - Land Securities - went on to become the UK’s leading property company: a position it still holds today.

In fact, he is credited with having coined the phrase 'Location, location, location' in assigning value to a house: an expression which makes it crystal clear the importance of the location of a house in its value.

In my career, I have noticed that applies perfectly well to the world of startups. I have created startups in Brazil, Spain, and the UK, and I can positively claim that, unless you are in the right 'location', at the right 'time', and with the right 'team', chances you are not going to make it.

I will thus explain the first expression: 'location'.

When it comes to the market, each place has a tradition, a set of people who already know the ropes and can understand what you mean. In Spain, for example, there is a very advanced market for real state, tourism, and renewable energy. Thus, you go to investors with an idea for a hotel, a solar panel farm, or a housing project, they will understand you perfectly. However, when it comes to high tech, not so much.

For example, right now I am heading up TeknTrash, a startup which uses AI to locate products at disposal sites. We can then match that product to the sales history provided by the client to provide consumer use information.

Easy to understand, right? Well, no.

I remember many investors in Spain who would ask me 'Who would buy that data?' My answer would be 'The question is 'Who would NOT buy that data?'. I remember another who claimed to invest in Data Science but would also claim 'I do not invest in R&D'. Well, you tell me how can you not have R&D when you are dealing with Data Science? I can hardly imagine anything more 'R&D' that 'Science'.

That leads us to the next part of the expression: 'time'. If we presented the idea of selling electricity to someone in 2020, everyone would understand it, as I know of absolutely no one who does not use it and pay for it. But, if we wound the clock back 200 years and presented the same idea, the question would be 'Who would buy that electricity?'. Thus, today many investors don´t see why someone would buy something as weird and crazy as 'data'. Give them time...

I have started five companies: my first was an e-commerce consulting outfit that I founded when I was living in Rio de Janeiro. At the time, companies would literally issue a press release just for putting a five-pager website on the internet. Thus, when I mentioned 'e-commerce', people hadn’t the faintest idea of what I meant. Still, I was able to sell that company, but only to a US group listed in NASDAQ called Fusion Networks.

I founded another company: basically a version of Spotify. However, getting musicians to license their music was a nightmare, as they would always say 'Internet?' Worse was a gentleman who owned the fourth largest CD store in the world. I tried to sell him the idea of selling CDs online but he refused because 'I hate that internet thing. It is the future, but only ten years from now'. Well, last time I passed, that store is now a clothing store.

Finally, that takes us the third and last expression: 'team'.

I always thought that bringing your friends on-board would be a good idea. After all, they are your friends: they want what's best for you, so they will work hard to implement your vision, right? Well, no. Actually, exactly because they are your 'friends' they think they can just not work and you will forgive them. Worse is when they don't even act very 'friendly': I remember one partner I had which I later found out was trying to sell the company to some investor friends with the promise that, as soon as the deal was completed, he would find a way to fire me.

Now I only hire people who are professionals: people that I can go for a beer with, but from whom I can expect results.

Thus, today I only start something when that triad 'Location, Time, Team' is set. I think I’ve got it now: London has one of the world's top investor scenes - the time for AI is ripe, and I am proud of the team we have. 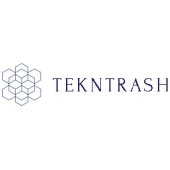 How to survive lockdown number three as a small business owner