How Can Startups Proactively Drive Diversity & Inclusion From Day One?

When you are building a plane in the sky - startup speak for tricky innovation in a tough environment - things slip. In the case of fast-growing businesses, important people priorities and processes fall down the agenda. Diversity and inclusion is one of them. It can be deprioritised by default, in a race to stay afloat, pay your teams and spend time on what will get you where you need to go, quickly.

However, aside from being critical in defining the sort of organisational values you have, the efficiency irony is that if you don’t focus on it from day one you welcome a whole world of regret, work and expense down the line. Why? Because grow yourself an non inclusive and non diverse organisation and you have a lot of backtracking and correction to be done, and - if you care, which I assume you do by clicking on this article! - you end up with a homogeneous set of ideas and experiences circulating in a business that purports to be innovative. In short, park D&I as a “further down the line” objective at your detriment.

I’ve worked in majority male tech companies, and run a female-heavy company, but it’s not until joining HomeHero that I’ve seen authentic diversity and inclusion measures consciously put in place from the start. At a point at which the business has been focussed on launching a product, dealing with funding and combatting the pandemic, I’ve engaged in 2 hour-long people meetings with the CEO coming together to make tangible plans to attract more women to the product team or neutralise our job specs. The point is, making D&I a time and business priority from the start.

Empower your team to create initiatives

It’s easy for organisations to rely on making strategic People or D&I hires to work through a list of things you 'should' do as an organisation to be inclusive. However, what can also work brilliantly in terms of cultural accountability for the whole organisation is to empower employees to make the changes they want to see. By that I mean creating a culture of openness where individuals feel able to pitch initiatives to their line managers or senior leadership.

One example of this is the Future Female Leaders network at HomeHero that I pitched out of a desire to make sure my female colleagues all had the tools, blueprint and encouragement to pave the way for their own career progression - and also have very frank discussions about the issues affecting women in the workplace and what we can do to mitigate them.

The uptake has been fantastic with our workshops because it comes from a place of authenticity. It’s not my role but the company sponsored that interest. Build your activists from within! Similarly, if someone else in the team felt it was time we created conversations and safe spaces for other groups, there are forums - public and anonymous - where the ball can get rolling.

Aren’t startups about being fearless and acting? (Yes) It is, however, worth noting that I am speaking from an organisation of 60 - I’ve no doubt it gets more complex at scale - but the privilege of a startup of this size is that employees can effect change quickly and pave the way for what the company becomes.

Be relentless with recruiters

We partner with recruiters who specialise in diverse hires. However, it is one thing briefing recruiters about a diverse pool and candidates and quite another putting the time into that relationship to make it clear how important that actually is to you. Have difficult conversations when responses like “we tried but it’s tough to find X” are offered up. Yes, it can be hard to find women in tech and it’s competitive out there but you need to decide how important this is to you and make that crystal clear to recruiters.

Miraculously, they deliver... We had a very successful experience working with a fantastic recruiter who we brought in house on a secondment - rather than work with him externally - partly in order for him to understand and get to grips with our culture as an organisation and then communicate that authentically to future diverse hires. He also made sure we had diverse interviewers in the process as well so that candidates could see themselves fitting in well.

Just because a startup is diverse, it doesn’t mean that won’t change as they scale quickly. Glassdoor found that 67% of job seekers use diversity is an important factor when considering companies and job offers. In the case of HomeHero,we’ve been incredibly diverse from the start. However, it is only when we started highlighting our team more - through team interview blog posts and brand videos - that the realities were able to come across.

After a while we started to see more diverse candidates come through who were referencing the blogs that, through highlighting staff, reflected the sort of team we were. So, make sure your content strategy overlaps with your hiring aims. Communicate who you are - or want to be. The danger is that if you don’t communicate what you are doing - or want to start doing - then future candidates won’t understand what your priorities are as an organisation.

Being an ally starts at the top

Finally, as a business you need to continue to support forums where people can demonstrate their allyship. We had an incident where a colleague wrote an open letter on Slack to our female colleagues in the wake of a national incident that divided opinion. When you see brave allyship from employees, that’s where the leadership team can step in to recognise, support and reinforce the sentiment.

Culture really does come from the top and fostering truly diverse organisations involves a certain amount of vulnerability around difficult conversations. As a leadership team the best thing you can do is encourage these conversations and educational moments. In the words of Bayard Rustin “To be afraid is to behave as if the truth were not true”. So be brave in your initiatives and get to it. 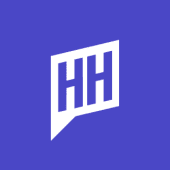 HomeHero is a digital home manager, taking care of your chores, bills, maintenance and admin, to free up your time for what matters most.