A green robotics company, slashing the cost of maintaining wind turbines, is flying high after securing £1.6m in its latest funding round.

Perceptual Robotics uses autonomous drones to map turbines, before passing the images onto a cloud-based artificial intelligence system which processes them to detect damage.

The company’s founders, who met at the University of Bristol, believe their technology is two thirds cheaper than existing methods of detection and can reduce the total cost of wind turbine blade maintenance by up to 30%.

Now, five years after Perceptual Robotics launched, they have secured £1.6m to take the business to the next level.

Kostas Karachalios, CEO of Perceptual Robotics, said: “We already work with some of the world’s biggest wind power providers and we have been steadily growing our revenues.

“This funding will allow us to increase headcount, continue to mature our ground-breaking technology and drive the scale of our sales and marketing activities on the back of our recent successful programmes with clients across Europe.

“Perceptual Robotics started with a simple aim: to use the very latest technology to reduce the costs associated with green energy.

“We hope that with this money we will attract exceptional people to join our offices in Bristol and Athens. The future is bright and exciting.”

Perceptual Robotics says its technology is more reliable, efficient and cost effective than current methods, which mostly rely on rope access specialists abseiling down the turbines in search of damage.

The idea for the company was born when three students on the University of Bristol’s Mechanical Engineering Masters course realised that their extensive robotics knowledge could reduce costs in the wind industry.

They spent time working in energy, hardware and large-scale software firms before launching Perceptual Robotics in 2016.

Along with the widespread implications for the wind power industry, they believe the technology could be expanded to reduce costs in other industries.

Tom Richardson, Professor of Aerial Robotics at the University of Bristol, supervised the trio during their time at Bristol and became a board member when the company was launched. He said: “Perceptual Robotics is an exciting start-up operating in the field of autonomous inspection.

“It is brilliant to see three graduates of Bristol University support the green energy revolution, and it has been a privilege as part of the Board to watch them grow the company.”

The £1.6m funding round was led by TSP Ventures, a venture capitalist firm focussing on environmental technologies.

Chris Smith, CEO at TSP Ventures, said: “We are delighted to be joining the team at Perceptual Robotics. Their mission, to reduce costs and improve efficiencies in the wind turbine inspection market is helping the whole of the wind industry become more efficient and cost effective.

“At TSP, we love enabling technologies that can help accelerate the transition to renewable energy and a cleaner future for our planet. We look forward to supporting Kostas and the rest of the team as they scale operations internationally.”

The round is joined by Humble Holdings, an impact investments firm, existing investors Metavallon VC and other strategic angel investors. 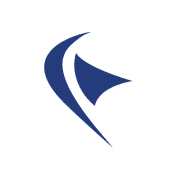 Improvement in number of SMEs in significant distress

Europe’s largest Business Show is back for 2021

Multinational giants reach out to impactful startups at The Big Score