The facts of factoring - is it time to reappraise the practice?

Cash flow is king. It is the lifeblood of any business. If any recent trading period has underlined this to the nation’s SME businesses, it is the last twelve months.

The country’s SMEs have been through a lot. Chief among these is the lingering fear that the pandemic still has the power to take their businesses out of operation. A recent study found that a quarter of the UK’s small businesses still think they may be out of business before the end of the year and over one in five had taken on either bounceback loans or the business interruption loan schemes to help keep them afloat. Clearly, looking at different ways they can bolster their business finances is a priority. But are they looking at all the options available?

Simply taking on additional debt is not the only solution available to business owners. If the pandemic has done anything, it has provided an opportunity to pause and rethink many long-held ways of working, and question whether they’re still the best approaches. So, it’s time to ask the question. To keep the cash liquid, is it time to rethink invoice factoring.

Factoring has long had a bad reputation. For a lot of that time, the system has earned it. It is often seen by business owners as literally an act of last resort - something to be considered only when forced to, when all other doors to finance options close to them. This is usually because the rates on offer have not been in favour of the business owners, but the banks or private financial institutions. Because of this stigma, many businesses have even seen factoring as sending out the wrong signal - that others would view the operation as being on its last legs simply because they were boosting their cash flow in this way.

However, these legacy issues with ‘the old ways’ of factoring don’t have to dog the modern business owner. If the issue is injecting the cash back into the business, a new breed of factoring is emerging, which helps to empower business owners rather than offering them a bad deal. Key to this is that factoring no longer sits purely in the hands of the banks, which means that those unfavourable interest rates are dropping quickly.

It means that companies rightly wary of taking on more debt - or selling stakes in their business - can unlock tied up income and inject it back into their coffers. Perhaps most persuasively, it liberates businesses from unfavourable or lengthy payment terms which may have stymied their growth while waiting for their receivables to clear. This was a particular issue for SMEs in 2020 - when, according to the Federation of Small Businesses, nearly two thirds (62%) of small businesses experienced late or frozen payments.

Under new emerging factoring offerings, businesses aren’t forced to deal with banks. The rates are more level, and the process has become faster and much more flexible. With systems like ours, for example, the process does not use a single specific lender, which keeps the rates favourable.

The fact that new business owners and entrepreneurs are more open to alternative finance options than ever before, rather than simply defaulting to their banking provider as a first port of call, is opening up the market for the whole sector, and new opportunities are proliferating as a result.

The fact is, factoring no longer carries the burdens it once did. With small companies often facing lengthy payment terms as they grow, often from much larger customers, it offers a valuable and timely alternative to get the money more quickly back into the business where it belongs. It means that businesses facing a still precarious post-pandemic trading future can avoid saddling themselves with long term loan repayments which can limit their growth just as they need it most.

But reappraising this process does more than freeing up the money. It can free up business owners’ time and headspace, meaning they don’t have to worry about covering their overheads. Instead, they can focus on innovating, developing their enterprises and growth. After our recent experiences, this is an option that many small business owners shouldn’t simply dismiss out of hand. 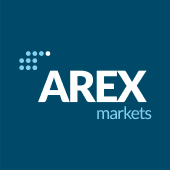 Born in 2014 after seeing a massive opportunity for technology to disrupt the multi-trillion SME financing market, AREX is an ambitious data-driven fintech company aiming to bridge capital market liquidity and SME cashflow needs.

How has customers wants and needs changed?

A new internet spells a new model for DTC startups