Europe’s Bid for Global Tech Leadership: The Time Is Now or Never

Do you believe the next generation of tech giants will be European? At Scale-Up Europe, we do. That’s why, a few days ago, our group of stakeholders from across the world of European technology innovation presented a shared ambition for the continent to house 10 technology companies valued more than €100bn by 2030.

Europe’s startup scene has long been overshadowed by Silicon Valley. No longer. Between 2010 and 2020, we have built a resilient startup ecosystem that has seen investment increase by sixfold. We have launched a new generation of scaleups, including more than 70 unicorns that have created more than two million jobs. There will be no turning back from here.

In the technology innovation race, Europe boasts several advantages. We have a thriving community of technology leaders who are committed to regional development and collaboration: look no further than the Scale-Up Europe initiative itself. We boast a deep bench of talent in technology-driven and engineering-led industries. Additionally, Europe is uniquely positioned to reach a wide range of markets, including rapidly-growing emerging markets in Africa and Asia, reflected in the fact that the EU is the top trading partner for 80 countries - compared to just 20 for the US.

I am convinced that we are the beginning of an unprecedented new chapter in European innovation, which is why Mirakl joined the Scale-Up Europe initiative. We stand alongside more than 170 other tech company founders, investors and other influencers, to ensure the promise of building global tech leaders in Europe becomes a reality.

We have been working on an actionable strategy and roadmap to be presented to President Macron and European leaders on scaling the tech ecosystem to the next level. An area I’m particularly passionate about is the need to improve collaboration between startups and corporations for the benefit of both.

Startups and large corporations working together

One of the key areas for improvement we’ve identified is efficient collaboration – or lack thereof - between startups and corporations. It is well-documented that in a high-performing ecosystem, the two camps have a symbiotic relationship that involves the constant exchange of capital, ideas, and talent. In the early days of any startup, the ability to win those first large customers is often a matter of financial life or death.

However, at the moment, there is a substantial cultural gap between startups and corporates in Europe, and one of the underlying challenges is the motivation for a joint collaboration.

While startups are often motivated by core revenue growth today, corporations are hungry for innovations they find difficult to foster themselves - ones that will deliver growth in the future. However, between the two lie many barriers. On the corporate side, those barriers include everything from a culture of risk aversion to purchasing cycles that might involve meager proofs of concept or long decision timeframes that are not viable for startup business plans.

On the startup side, there may be a lack of understanding of what the corporation requires in order to reach a decision or successfully implement the subsequent innovation at scale. The result is a missed business opportunity for both. In 2019, only 0,1% of large French corporation purchasing budgets were dedicated to startups.

To overcome these differences and the challenge of the cultural gap, we have suggested to President Macron and other European leaders to elaborate a charter of reporting and best practices on collaboration that would be implemented by the end of 2022.

This voluntary reporting, which will be included in annual reporting and focus on best practices and success stories, will allow corporate organisations to closely monitor their level of collaboration with startups.

Last but not least, we have also suggested developing a system of stamps, granted to startups by corporations certifying their capabilities, such as ability to scale and deliver product quality. This idea has been developed with the end goal in mind of accelerating the process of screening and approving startups by corporations, so they do not need to start from scratch with every sales cycle.

So where are we headed now?

We ultimately believe that, by implementing our recommendations, today’s challenges can be overcome so that Europe can reach its true tech potential. Although the ambition for the continent to become home to 10 technology companies valued at more than €100bn by 2030 has rightfully grabbed headlines, accompanying that is the expectation of a much broader, more inclusive, thriving ecosystem surrounding them.

As the Co-founder and CEO of a Scale-Up myself - one that intends to take its place among that future European 'top ten' -  I think the value of such initiatives is limitless. European leaders have shown they have understood the value of startups to our economic future. Now is the time to execute and, most importantly, to do so with urgency. From talent to investment, together we can ensure the tech sovereignty of Europe for decades to come. 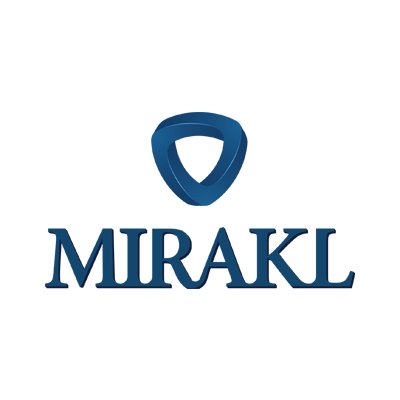