In the weeks following the brutal murder of George Floyd and the global protests it sparked, we saw hundreds of companies posting a black square on social media as part of #BlackOutTuesday - an outward display of support and solidarity to the Black Lives Matter movement and the black community.

However, despite the positive sentiment of this solidarity, #BlackOutTuesday was widely criticised. Because a message of solidarity is just that- a message. It became yet another piece of social media fodder, where companies could put up a tweet, collect internet karma and avoid actually doing anything.

Similar issues appear every pride month, where some companies change their logo to a pride flag despite only having a skin-deep directive towards the inclusion of those communities.

The protests called for action on addressing structural racism and the response was a sea of black square pixels. We need more.

I wasn’t originally planning to write about this because I didn’t feel qualified, and I was apprehensive about saying something wrong, or inadvertently offending.

However, after doing a lot of listening and reading over the past few weeks, I’ve realised that we mustn’t let this fear of “getting it wrong” stop us from having the conversation, because it’s the absence of a society-wide conversation that’s a huge part of the problem. In that same way that “you cannot be, what you cannot see”, it’s very hard to fix what you’re afraid to discuss.

OLIO is now a global community of over two million people, and “inclusive” is our number one value (the others are resourceful, caring & ambitious). With this comes great opportunity — to build a brilliantly diverse and strong business — but also, an equally great responsibility to make sure that we’re really walking the talk.

With that in mind, I wrote a manifesto for OLIO on where we can improve and make genuine inroads into addressing racial inequality. Making these actions public serves two functions: Firstly, it ensures that OLIO, particularly myself, can be held accountable further down the line. Secondly, I hope leaders in the tech world will see this and, if they haven’t already, look deeply at their own organisations and produce their own manifestos.

The OLIO manifesto outlines where we can improve, and identifies actions we can take to do this. And because it’s important to identify progress that has already been made, it also highlights areas where we think we’re doing well and would like to build on.

Above are the aspects that we know we can improve on but it’s worth highlighting some of the things that we do do well and that we want to continue to build on: 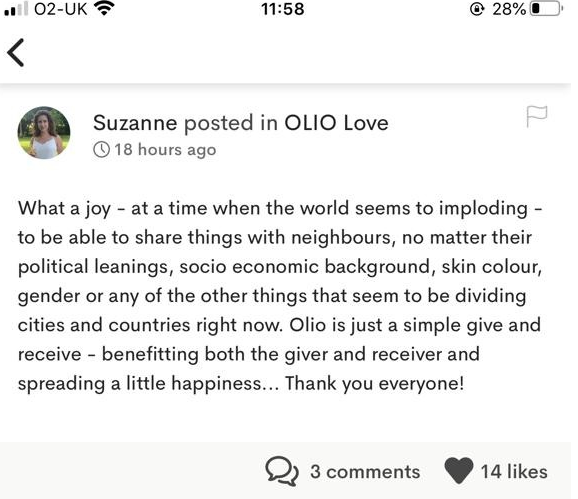 What you can do

Whether you’re a CEO or a founder, I encourage you to make your own manifesto. There will be no one-size fits all approach to tackling racism, and so each company needs to develop its own.

In three months’ time, I will publish an update against each and every action I have outlined above, and I encourage you to do the same.

Take an objective look at your company, talk to your team members about what they think. Focus on discussions that allow open thought and involvement. With these, in time, we can make the start-up community a bastion of diversity and opportunity.

You needn’t be afraid to be wrong, but we should all be afraid of not doing anything.

(P.S I’d like to thank my great friend Buki for this brilliant headline.)

How technology is democratising the professional services industry

What It Takes to Keep a Small Business Open and Thriving