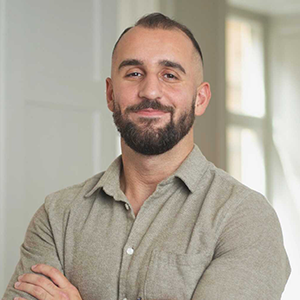 Sami Osman is Co-founder and CEO of Quartr, the app that gives investors and shareholders access to company communications by enabling them to access company information such as: earning calls, reports, presentations and transcripts instantaneously.

At just 25, Sami has grown Quartr to 35 people, following the companies’ most recent funding round, which raised $6.1m from a number of prominent investors, including Michael Batnick, Ben Carlson, Josh Brown, Barry Ritholtz and Peter Sterky (CEO of Trift Capital and former Spotify COO and CFO).

After graduating from Gothenburg University in 2018, Sami met his four co-founders on the Swedish financial Twitter community and decided to set up a company that is transforming investor relations.

The Rise of the Retail Investor: The Technology Transforming Investor Relations

Historically, larger institutions have held the keys to the investment kingdom. Banks, hedge funds and other financial heavyweights have long used exclusive access and knowledge to peer under the hoods of public companies, using their findings to inform their investment decisions. Meanwhile individual investors have been left with little power in the stock market, deprived of the access and insight required to compete and find an edge.