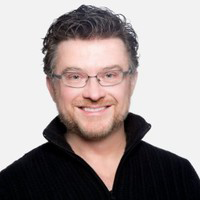 Bob Tinker is a three-time entrepreneur and co-author of the book series Survival to Thrival: Building an Enterprise Startup.

Most recently, he was the founding CEO of MobileIron, which in eight years grew from ‘three people and a whiteboard’ to over $150M in annual revenue, more than 12,000 enterprise customers and IPO in 2014. MobileIron was named the #1 fastest growing tech company from 2009-2013 by the Deloitte Fast 500.  Before than Bob was VP Business Development for wireless pioneer Airespace, which was acquired by Cisco for $450M in 2005.

The missing link to unlock growth is 'Go To Market Fit'

As a three-time entrepreneur, I’ve been on the difficult journey of scaling from founder to big-company CEO. In one of my ventures I went from an idea on a whiteboard to a publicly trading entity in eight years, and it isn’t just one big celebration – it is hard to keep up with your company.