Reed.co.uk research finds only 41% of women negotiate their salary when being offered a role compared with 61% of men

New research commissioned by Reed.co.uk, one of the UK’s leading jobs and careers sites, found that only 41% of women were likely to negotiate their salary when moving roles compared with 61% of men.

Canvassing 250 hiring managers and 2,000 jobseekers, the study highlights how the cost-of-living crisis could potentially become more pronounced for women as the gender ‘ask gap’ persists, with many not securing the highest salary possible when changing jobs.

The study shows that while many jobseekers feel awkward talking about money, women (27%) are twice as likely as men (13%) to state they feel uncomfortable discussing salary with prospective employers.

Indeed, more than half (51%) of people have never negotiated wages when offered a job. Again, the reluctance to talk about salary is more prevalent among women as 59% admitted to not once negotiating salary when offered a new role compared to just 39% of men.

However, the research offers a promising insight for those who do enter salary negotiations with their employer as nine in ten (90%) workers who negotiated their most current salary were successful in getting an increase.

The research shows that negotiating salaries is a sought-after skill, with as many as seven in ten (70%) workers believing that salary negotiation should be taught in school.

The research also shines a light on how minority workers in particular value education on salary negotiation. Three-quarters (74%) of women think salary negotiation should be taught in school compared with 65% of men, while around eight in ten LGBTQ+ (78%), BAME (83%) and disabled (82%) respondents agree that the skill should be taught in school in comparison with their straight (70%), white (67%) and non-disabled (69%) counterparts.

It's not only a skill that is revered among workers but also employers. Over three-quarters of business leaders (77%) positively perceive candidates who negotiate their salary during the interview process, characterising them as ambitious and determined.

While the research shows a need to support workers to understand how they can best negotiate a salary, it also reflects an increasing openness from younger employees to discuss their salary. The findings reveal that 91% of employees aged between 18-34 have disclosed their earnings to someone while over a quarter (26%) of older workers, aged between 55-64, do not share their salary details.

Commenting on the research, Simon Wingate, Managing Director of Reed.co.uk, says: “The latest Reed.co.uk data sheds new light on how the gender ‘ask gap’ is perpetuating unequal pay. While the government has taken important strides through the pay transparency pilot, the research shows that more needs to be done to address the disparity in confidence between men and women when discussing salary.

“By introducing salary negotiation skills into school education, future generations across society will be able to understand and implement negotiation strategies during the hiring process - and across other life experiences such as purchasing a house or car. This will enable them to secure a higher starting salary and help close existing pay gaps.

“At a time when the cost-of-living is rising, the study also shows the value in employees pushing their future employers for a salary increase when being offered a new role and confirms that finding a new job is one of the best possible ways to secure a pay rise. Reed.co.uk has a wealth of career advice on the subject of salaries to help people get paid what they’re worth." 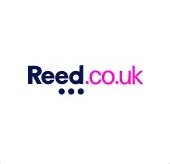 Bringing you the latest from the world of work, job opportunities, careers advice, our short film competition, courses and all things reed.co.uk.