Why showing your ethics doesn't have to be risky

Ethics and business aren’t always easy bedfellows in a crisis. Now, more than ever, in order to survive, most businesses need to be risk averse and fret primarily about the bottom line.

Throw in the gauntlet of social media where a small misstep can cause a drama, and it may feel safer to keep quiet altogether. Ben and Jerrys’ ice cream released a series of social media statements criticising the UK government for its stance on migrants arriving in dinghies across the Channel. This received much praise from consumers but also drew attention to the previous business practices of Unilever - Ben and Jerry’s parent company - involving migrant labour.

However, in a recession, consumers make more careful and considered purchases because, for every transaction, they have less money and more time available. Wearing your ethics publicly can attract positive attention in congested marketplaces; attract grants and investment and, most usefully, bring a feel good factor to your business - not only for consumers but for employees too.

Ethics are not just about a hashtag or a slogan, your company ethics should be useful to consumers and not performative. Witness the pushback against the celebrity sing-a-long version of John Lennon’s 'Imagine'. It was a vanity exercise that was neither helpful or inspiring, yet someone doing something useful, i.e. Joe Wicks doing free personal training for the locked down British public, is rightly celebrated.

Ethical doesn’t have to be boring

At Akestam Holst, Sweden’s leading advertising agency, we believe you can marry profit and ethics, but the key isn’t to just release statements but to offer something fun and useful at the same time. After all, who says ethics has to be boring?

In our campaigns, we always live by the three principles, 'Be kind, be specific and be surprising'. All of these things can be ethical at the same time.

For instance, for a Christmas promotion for 7/11 convenience stores, we created a sweater which lit up when Christmas spirit was low in the store. That was the surprising part - the useful part was that, when it lit up, it triggered flash discounts at the till. The ethical side was that the idea itself happened to come from a former Syrian refugee who was working with us. When the idea was commissioned, they then helped us connect with a collective of Syrian seamstresses who made the sweaters as well as products for another client. Useful, ethical and surprising.

Another campaign included one for Ikea, where we produced a poster that doubled as a pregnancy test. If a mother-to-be showed she had a positive test result in store she’d then get a discount on a crib. Again, useful, specific and surprising.

Of course, you most likely won’t want to create pregnancy test or a flashing sweater, but you can deliver these values on a smaller, cheaper scale. Can you offer a skill or talent of yours for free, such as mentoring for young people trying to get into your field? Or reveal a company secret or recipe?

IKEA recently revealed how to make their famous meatballs for families stuck at home and McDonalds also revealed the recipe to a perfect Sausage Egg McMuffin. It keeps your brand in mind and makes people long to use your business again even when they cannot invest at the moment.

Making your own ethics part of your business

You can be useful in many ways. A cocktail bar in Los Angeles was shut down in the crisis, so they created a delivery service to deliver cocktail ingredients to the local area. Every Friday they delivered a party kit which gave you all your drinks complete with a recipe, some dips and some extra surprises thrown in.

Ethics is not just about making a social media statement, you show it by being a company that cares about its customers even when profit isn’t available. You may think that, in a year’s time, when the world goes back to normal, people will simply go back to the cheapest and easiest option available and your ethics and kindness are forgotten.

But if you can create a feel good factor around your product, even if customers no longer remember what you did in the pandemic, that positivity can still very much affect buyer behaviour. People are forming new habits now that they will keep afterwards, and this can be a great way of making yourself part of that new buyer behaviour as well as showing yourself to be a company to invest in.

One moment of ethical creativity can have a big impact on not just your own business, but the society your business operates in. When promoting a company called Apotek Hjartat, who make ethically produced pharmaceuticals, we had to confront the question, how do we make people care about how and where their pharmaceuticals are sourced?

We knew that the local water outside chemical plants in Hyderabad, one of the world’s biggest places of production, had become so filthy because of the byproducts it was undrinkable. To demonstrate this we created a pill containing the chemicals found in the Hyderabad water supply, and asked people, 'Would you swallow this pill?' Our 'A bitter pill to swallow campaign', not only shone a light on the absence of environmental regulation surrounding the production of medicinal drugs and the extent to which chemicals can enter local water supplies, but also introduced the Swedish public to more conscious buying choices.

Believe you can make your own change and at the same time create a feel good buzz around your product - after all, isn’t it time the public woke up to what your business is all about. 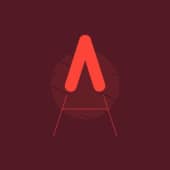 Åkestam Holst is passionate about communication that people want to engage with.