What’s next for global tech hubs after COVID-19?

Nearly a year on since the onset of COVID-19, many companies have realised their staff are able to (almost) work as effectively remotely, as they did in an office. For tech companies and their investors, the transition to remote working was relatively seamless, as the culture and infrastructure needed to succeed was already in place. It has, however, prompted many startups to reconsider whether they need an office at all, and whether high rents in cities like New York, London, and San Francisco can be justified.

While those that claim the office may devolve to a relic of the past have underestimated the role of the office in our social lives and career progression; the cost of keeping a presence in the most expensive hubs may not longer be worth it for principals or their employees.

Miami: the new hotbed of tech?

Florida, and Miami in particular, has become a compelling alternative to the traditional tech hubs normally found across the pond. There are many reasons for this, but the chief amongst them is that there are less punitive tax rates in Florida compared to San Francisco and New York. Ultimately, this means investors and founders will get a bigger paycheck than they would  in those ‘traditional’ tech cities.

A dollar in Miami also goes a lot further than it does in New York, which helps when it comes to office space. Commercial rents in Miami average at $50 per square foot, compared to New York’s $130. For an early stage startup, this cost saving in both taxes and rent combined is significant, allowing it to deploy the cash elsewhere.

It’s not just the money that is a tick in the right box for Florida though. In 2020, the state authorities made the decision to reopen restaurants and social areas accessible, to support its COVID-19 recovery. While the movement of senior management to these areas is not a new trend, what has changed is young workers, fresh out of university, moving to the area. Before this year the majority of recent graduates would have made their way to New York or San Francisco in search of a career boosting job and fast track courses in their industry. This is clearly no longer the case.

Half of the wealthiest New Yorkers commented that they have considered leaving the city in the last year, and more than 246,000 New Yorkers filed a change-of-address request to zip codes outside the city since March, almost double the year-earlier period. With more talent concentrating in areas like Miami and Austin, entrepreneurs are also likely to set up shop there, as the future workforce concentrates in these cities.

From a business perspective, with Miami  in the same time zone as New York, there is minimal disruption to businesses looking to move from the Big Apple down along the coast to the welcoming shores of the Sunshine State. For some sectors there is an added operational bonus. Many suppliers and operators in the F&B industry are based in Miami, which is why companies like Halewood Wine and Spirits chose to open its first US office there. This concentration of local businesses means F&B startups don’t need to build their own logistical supply chains.

Is this going to be universal?

The mass exodus from traditional business or tech hubs is not unique to the US. Businesses recognise the opportunity of operating in cheaper locations, particularly as governments begin considering ways to boost their finances. The expensive schemes and funds governments have rolled out to protect businesses and employees alike will need to be recouped.

However, there are some exceptions to this. For example, in the UK, although the government is focused on a regional levelling up agenda, London will retain a strong position in the global market. As a country, the UK has very strong tax incentives for entrepreneurs to start their companies, through the EIS and SEIS schemes. It is also in a better position to recover quickly from the COVID-19 pandemic than many other European capitals thanks to  the speed of the vaccine rollout programme.

This means it should be one of the first cities to properly reopen after this pandemic, which will be an attractive incentive for entrepreneurs wanting to grow their network through physical events. London has a history of strong talent in areas such as fintech and professional services. London is also ideally placed between time zones, allowing London-based companies to do business with both the East and West without working in the middle of the night.

In the coming year, we’ll see new tech hubs competing for the attention from investors and entrepreneurs, as traditional centres of innovation fight to maintain their edge. Whether or not these geographic shifts are long-lasting remains to be seen.

Some argue this is a temporary setback for the large talent hubs and that capital flight from higher tax jurisdictions such as New York and California to the likes of Florida and Texas is nothing new. However, the point to emphasise with COVID is that it’s not just the Principals and investors that are leaving this time. The opportunity to work remotely has caused many graduates and young professionals to question the received wisdom that you are somehow second tier if you do not work in New York in Finance or in San Francisco for tech. That the lack of ability to save after taxes and rent is the price you pay for top tier career opportunities.

Since these young professionals make up the critical mass and a larger portion of the discretionary spending power of these cities; their capital flight could pose a greater risk to these hubs than that of the fleeing Principals’. Restaurants, bars, clubs and gyms in these cities all depend on the Principals employees far more than the Principals themselves. If they come to discover the bang for buck in Miami and Austin remains as superior to the likes of New York and SF in post-COVID as it has during COVID; they will not be so quick to return. 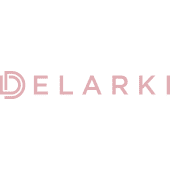 Delarki is a single principal-backed search fund specialising in creating and investing in early-stage, discretionary-spend business opportunities targeting Generation Y and Z audiences. The company is headquartered in London, England.