What further support can UK startups expect from the Budget 2021?

The Government is exercising extreme caution when it comes to easing lockdown restrictions. This is a sensible approach. After all, the UK is in its third national lockdown, and the Prime Minister will be keen to avoid another. That said, the slow road out of lockdown will likely frustrate many UK businesses. Many non-essential, retail and leisure businesses must now remain closed until 12th April, and even then, many will be unable to operate at full, pre-pandemic capacity.

This will inevitably mean that the Budget 2021 on 3rd March will be dominated by 'continued emergency support' for UK businesses - particularly those in vulnerable sectors - to ensure that as many organisations as possible can survive the duration of the pandemic.

The UK’s highstreets have been in a state of decline for the previous decade. However, the pace has quickened since the onset of COVID-19.

Lockdown restrictions have forced UK consumers to remain at home, relying on online marketplaces to make purchases. Consequently, the UK is currently experiencing an ecommerce boom, with the sales of UK Amazon wholesalers increasing by 51% last year. Put simply, the pandemic has caused serious damage to retailers reliant on footfall and instore transactions.

Thus, the Chancellor is expected to extend the business rates holiday - originally due to end in April 2021 - to boost high street stores. There has been no confirmation as to how long the holiday will be extended, although most businesses expect the extension to last at least until non-essential shops, pubs and restaurants are able to fully reopen.

Although, any extension to the business rates holiday will likely pause any dramatic reform to the UK’s business taxation system. Last year, the Government launched a review into 'levelling the playing field' between high street and online retailers, and this led to rumours that the Chancellor may use the budget to announce measures such as an online sales tax. However, it is now likely that such changes will be postponed until the economy has stabilised.

In all likelihood, the Chancellor’s immediate focus will remain with the business rates holiday. Yet, there is a possibility of more dramatic changes to business taxation being introduced over the coming year.

The Government has exercised great generosity via its multiple business support schemes. The furlough scheme, for example, allowed 1.2 million employers to place employees on furlough between March and December 2020, costing the Government £46bn.

Meanwhile the Coronavirus Business Interruption Load Scheme (CBILS) granted numerous Small and Medium Sized Enterprises (SMEs) access to loans and other forms of finance up to £5m. The Government even provided the additional security of guaranteeing up to 80% of finance to the lender, whilst paying interest and additional fees for the first twelve months.

However, the deadlines for these schemes are looming, with the furlough scheme due to end on 30th April, and the CBILS set to end on 31st March. Businesses are unsurprisingly opposed to these deadlines; a recent poll revealed that a quarter (24%) of UK businesses are keen for the furlough scheme to be extended, whilst almost a third (31%) demand the CBILS to continue beyond 31st March 2021.

Whilst Mr Sunak has not confirmed exactly which schemes will be extended, he has promised that businesses will continue to receive support beyond March. Indeed, there are already reports that the Chancellor will announce a £5bn 'restart' grant scheme on Wednesday’s Budget. Further rumours suggest that the furlough scheme will be extended yet again - at least for businesses within the hospitality, leisure and retail sectors.

The Government has received heavy criticism for failing to offer the self-employed adequate support throughout the pandemic.

Whilst they did offer the Self-Employed Income Support Scheme (SEISS) early on in the pandemic, the scheme excluded those who earned over £50,000 a year, paid themselves in dividends or recently became self-employed. Consequently, 2 million people were unable to access financial support.

Thankfully, the Government is rumoured to be planning an extension to the criteria. This will mean that recently self-employed people will be eligible to apply for support. After all, this demographic contributed £305bn to the UK economy in 2019 alone; the Chancellor cannot afford to overlook such a prominent economic force.

It is clear that the Government is keen to prioritise the continuation of financial support for businesses in the Budget 2021. Indeed, the Chancellor must do all he can to protect vulnerable businesses - particularly those within hospitality, retail and leisure, as well as the self-employed. Failure to do so could jeopardise the recovery of UK businesses, as well as the wider UK economy. 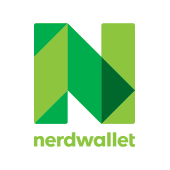 NerdWallet provides clarity for all of life’s financial decisions thru their finance website and app. NerdWallet provides consumers with personalised, unbiased advice so they can make smart money moves. From finding the best credit card to buying a house to investing their next dollar, and more, NerdWallet is there to help consumers make financial decisions with confidence. Consumers have free access to expert content, tools, and tailored advice that help them stay on top of their finances, and save them time and money, giving them the freedom to do more.