What is dot voting and how can it help strengthen decision makiing?

Making group decisions can be inefficient at the best of times, or an ordeal at worst. That time you couldn’t agree on lunch plans in the office with colleagues, and, no, being distracted by email overload was no excuse. Or when your team hit the wall while trying to decide on a research project.

We know the feeling, the fuzziness and the frustration of struggling to decide.

Add in a diverse group of stakeholders, a taxing brainstorming session, a range of opinions, competing priorities, and some subtle biases.

Coming to a consensus is hard.

This is where dot voting comes into play.

What is dot voting?

It’s a quick and easy way to shape how you reach resolutions on priorities so you can act on them.

As the name suggests, each participant in dot voting receives “dots” or tokens they use to vote on a set of alternatives, to prioritise a list of tasks.

It’s a relatively stress-free way of prioritising items because it eliminates the need for individuals to justify their vote.

It prevents teams from becoming bogged down in drawn-out debate. And it encourages quieter team members to get involved. Rather than defer to folk with the confidence to speak up.

On the flip side, this voting model isn’t appropriate in every situation.

And the effort to strengthen decision-making with dot votes can run afoul of a few problems:

The entire point of dot voting is to eliminate the influence of bias and power dynamics as much as possible.

So not being alive to how you conduct your decision-making process, such as the order of your vote, can hinder your progress.

Most obviously, senior members voting ahead of junior team members can sway how they vote.

Fortunately, there are a few ways you can tackle this.

Letting junior staff vote early in the process gives them a fair say and removes the pressure to follow the lead of their superiors.

As an example, consider how an ecommerce team secures its accountability with, say, choosing an inventory management for Multichannel

Similarly, you can build accountability into the process by getting voters to record their votes on paper before casting them – confidentially, of course.

This way, it prompts voters to keep track and stick to their guns instead of being influenced, Milgram-style, by other votes.

In which your vote ends up tied between two or more options in a dead heat. So, have a backup plan just in case.

One solution is to have a tiebreaker designated from the start – like an adjudicator who will have the final say.

Another is ranked voting. Here, you invite individuals to rate the strength of their preferences, further differentiating the prioritising of items and reducing the likelihood of a tie.

How do dot votes actually work?

In most cases, dot voting helps you decide on options written on sticky notes or a list on a large, easel-sized pad.

Teams usually favour dot stickers for their flexibility, but a pen or marker can register voters’ choices just as well when you’re taking a vote on a tighter budget or at short notice.

The trend towards remote working has made dot voting trickier to pull off. The good news is that technological tools help you continue to ensure proper inclusion and fair representation, even in virtual settings, with teams communicating using the best headset for calls via conference chat.

Your ideas are the items or tasks you need to complete. For instance during a sprint in software development, where dot voting first rose to prominence. Place each idea on your board or wall. You can also generate ideas or compile your list of alternatives using instant messaging for business if teams are remote-working.

Once you’ve got your list of tasks that need prioritising, organise them into separate voting boards according to varying complexity.

This step also helps ensure you tackle challenging tasks or work integral to your project.

Before beginning the voting, brief the team on the purpose of the vote and explain what the outcome will mean.

Clarify voting constraints and rules to your participants at this stage.

For example, inform them how many votes each person gets. A tried-and-true guideline gives each person an amount of dots roughly equal to a quarter of the total options.

Also, consider outlining eligibility criteria for what people can vote on given their ownership or expertise.

Get people to stick their dots on one or more options to cast their votes – quietly, saving any discussion for after your vote to exclude lobbying.

Once votes are in, assess your results.

You’ll be left with a heat map with dots clustering densest on tasks that the team deems worth prioritising.

Now you’re ready to let participants discuss why they voted for particular options if you wish, and consider next steps in light of the outcome.

In the event of a tie among vying options, you can further prioritise alternatives by allowing the group to revote to settle on a clear winner.

Depending on the importance of the decision involved, allow enough time for participants to do their research if you need educated votes.

The idea here is getting away from basing voting on assumptions and towards mooring them in research, knowledge, and expertise.

As alluded to, one of the main pitfalls of dot voting is related to group dynamics and groupthink. So consider making voting digital whether it’s deciding on a domain for your company, a new software, or more. It can go some way towards promoting genuine inclusion and preventing people from ending up in thrall to dominant group members.

The HIPPO effect is the term for how opinionated team members can influence others and skew the voting.

To avoid this, dictate that junior team members vote first and senior members and subject-matter experts last. That way, you enable all participants to contribute equally.

Dot voting fosters inclusion so the entire team is authentically involved in the decision-making process as you narrow down alternatives, prioritise items, and converge on the most popular choices. 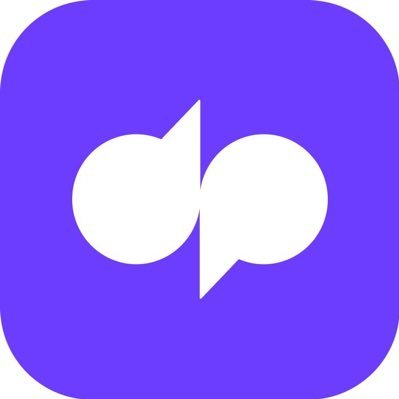