The VR startup that is sitting on a gold mine

Seeing is believing, as they say. But what do you do if you have something to show off, but it’s in a remote, hard-to-access location that would involve a significant amount of time and cost to take people to?

Well, you take the asset to the people of course. Startups Magazine spoke to David van Eeghen, VP Communications and Planning, at Virtual Reality (VR) focussed startup Reality Check, about how the company is changing the face of the global mining sector.

The initial inspiration for the company came while van Eeghen’s brother John was working for an insurance broker in the natural resources sector, when the financial crisis hit. The whole financing industry, much like the rest of the world, had a massive shock. The consequences of which were that the financing sector began to downsize yet the expectations to cover the same geographical area remained.

van Eeghen commented: “John was seeing around 8-12 companies a week who were looking to raise capital to develop their mining assets and wished for him to represent them to his investor network. He found that most meetings would end with the same statement: ‘If you really want to understand our mine and its value then you have to come and visit’.”

However, due to the logistical and cost challenges associated with visiting some of the world’s mines in person, it would only be feasible to visit around eight mines per year in reality, not eight per week. It was begging for a technology facilitated alternative solution.

“John thought that there must be a smarter way to tour these assets,” added van Eeghen. “As it happened, the financial crisis coincided with the rise in popularity of the Oculus Rift and GoPro, while companies like DJI began to produce drones - and crucially these were all being made more affordable.”

What was missing in the mining sector was a platform that stitched all these elements together to create an immersive tour of these assets from the comfort of a desk, enabling them to be viewed digitally and a decision made whether to visit them personally – thus speeding up the due diligence process. So, the original premise of Reality Check was to get the visibility of a particular asset to the investor community in a way that’s efficient and informative.

van Eeghen added: “Together we raised around £250,000 in seed capital via a private network of investors to build the MVP in 2014, taking it to market with a Canadian launch in 2016. Our first (albeit not our target) client was a company called Barrick Gold who are one of the biggest gold mines in the world.”

Reality Check predicted that early interest would be generated from much smaller entities, who wanted to raise the profile and reputation of their assets. “We were slightly puzzled when Barrick wanted to come onboard as they already had an established reputation, a huge presence and a level of trust,” added van Eeghen.

It transpired however, that Barrick had subtle elements of their assets they wanted to show in tours to their existing shareholders, particularly ones with an environmental, social and governance (ESG), or social responsibility focus. In particular they wanted to show the work that had been done cleaning up a gold mine in the Dominican Republic, the second largest gold mine in the world, and one of their key assets. “They needed a virtual tour in around three weeks, in time for an investor day, which we were able to do,” van Eeghen added.

Reality Check has gone on to work with Barrick Gold on two further assets (both in Peru), and uses for the VR tours have covered orientating new board members and their communications teams, to setting up VR booths in shopping centres to enable local communities to see what’s going on behind the gates of the mine.

From the first steps acquiring Barrick Gold, Reality Check has grown and can now name Resolute Gold as a client, a company aiming to have the first fully autonomous mine in Africa. Most recently the company has also acquired Anglo American who were interested in offering a level of transparency they could provide at scale.

“We’re working with companies and individuals who are passionate about showing the world that mining is changing,” added van Eeghen. “It’s no longer that cliched 1970s model where you just go to a remote location far away and hope that nobody finds you, mine as cheaply as possible and then walk away - leaving a big hole in the ground covered with a rusty padlock.

“Legitimate mining is very responsibly done. Everyone is trained to the required level and the mines themselves want to tell people about that – even down to illustrating that everyone walking through the gates is an adult wearing the correct protective clothing. Our VR tours can show these types of asset in a way that hasn’t been available before – certainly not digitally – so it solves so many problems.”

van Eeghen added that one client spent approximately $2m in one year taking personnel to their sites. Reality Check were able to provide a similar level of access for around $40,000. 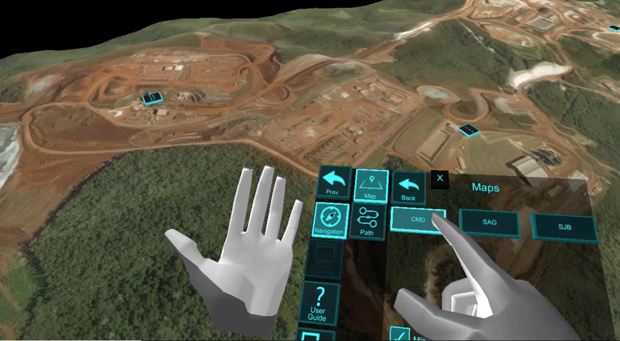 The clever stuff from Reality Check’s point of view is the bringing together of existing technologies in a new way and applying it to a new sector – and providing a platform for hosting and distribution of these tools to anywhere in the world, and for investors all over the world.

The company can also provide production units where the team would visit its time poor, cash rich clients, do the filming, fly the drones, put it all together, and do the post-production etc. However, the common business model is where Reality Check advises on the most appropriate equipment and flight programmes and the client conducts the filming and then sends Reality Check the data.

“Clients love the flexibility of the tool and how accessible it is to people from both specialist and non-specialist backgrounds,” added van Eeghan. “They are keen to show off the social and economic elements of their assets outside of the actual mine site – for example, working with local communities to build independent economies, so that one day when the mine has been exhausted and the asset has been closed down, there’s still a reason for people to live there and are able to make a living. We had a funny quote from a geologist from Mines and Money in London, who saw one of our tours and said: “This is extraordinary, the only thing you can’t do is lick the rock!” Which is a common habit amongst geologists apparently.”

In terms of potential applications, the company has had enquiries around taking the tools into universities and working with geoscience students to show them what a real working, commercial grade mine looks like before they commit to working there.

Van Eeghen admitted that when the company first launched there was certainly a level of curiosity within the industry. “We turned up at very technical business-oriented industry conferences, and we had many think that we’d brought along some kind of game,” he added.

“Whenever anyone tried it, by the time they took the visor off, they were just grinning like a school child, it was quite extraordinary. Our critical concept tool was filmed in a National Trust mine in Wales (Dolaucothi Gold Mine), which is a museum rather than a working mine, so it transported people from (in that instance), Toronto in Canada to West Wales in the blink of an eye, in a highly immersive experience.

“We were quite surprised by the number of applications that people were coming up with and for someone that has sat through hundreds of PowerPoint presentations on different production processes for distant assets, it’s very exciting – we’d get people saying things like, “this is great as I don’t have to take out kidnap insurance” or “I don’t need another round of anti-malaria tablets.” It was exactly what they were looking for.”

The majority of the interest in the Reality Check offering has been generated from investor relations and communications teams who are learning how to form a triumvirate between themselves, Reality Check, and their consultants.

Mining has traditionally operated in a certain way, but Reality Check is showing the industry a different digital path. “In truth we feel almost sheepish about the term ‘innovation’ as it’s technology that’s been around for a while and is not even specialist – we’re simply talking high level consumer grade stuff in some cases. We’re just changing the thinking of a sector that’s traditionally come from a very heavy engineering background,” said van Eeghen.

Looking towards the future van Eeghen explained that he can foresee Reality Check expanding into other industries. Mining was a starting point as that was the background of the van Eeghen brothers, however, the pair are very aware that the solution has potential in any application where the value of an organisation is in its infrastructure.

And if that infrastructure is in hard to reach, secure sites, operations that are in a sterile environment, or are mobile (for example, a cargo ship which spends 99% of its working life at sea), then the technology applies and van Eeghen explained the company are beginning to have some very interesting conversations with the broader investor audience. 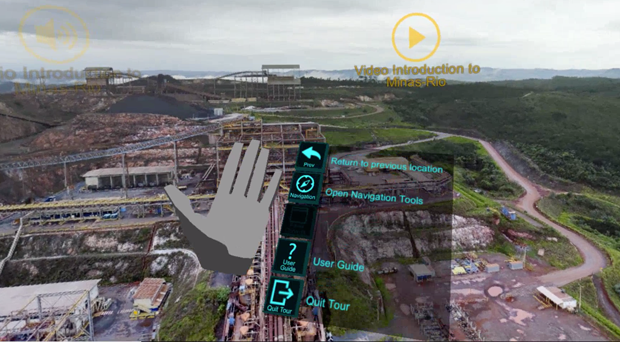 Following a year of reclamation work to the pipeline and a restart of operations of their Brazilian Iron Ore asset Minas-Rio, Anglo American commissioned Reality Check to build a VR tour to showcase the operational safety and efficiency of the asset to the global investors and stakeholders.

van Eeghen added: “VR tours enable heavy industry to offer an unprecedented level of transparency to the global investor and stakeholder communities on demand and at scale, for a fraction of the cost. We live in a globally connected world and VR is part of the new normal.

“Instead of bringing investors to the asset, Reality Check brings the asset to the investor, keeping all the context and qualitative information needed to appraise how the asset is being run. Having a top four diversified miner as a client is a clear sign that the sector is responding to investor demands for better transparency and access to sites. Now, for less than the price of two business class tickets, operators of heavy industry assets can deliver this transparency and access, at scale, to a global audience.” 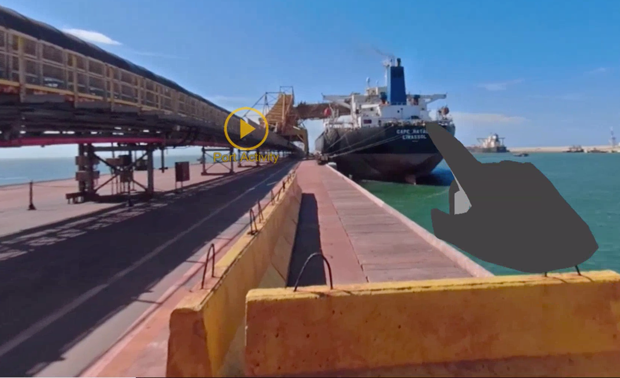