New data has revealed that Birmingham has been crowned the UK’s regional startup capital for a seventh year running, defying challenges to business confidence posed by the Coronavirus pandemic.

18,394 new enterprises started life in the city throughout 2020, marking the highest volume of startups outside London. Overall, Birmingham saw a 26.8% uplift in business births from 2019.

The figures are the latest in an annual study from think-tank Centre for Entrepreneurs (CfE), the UK’s leading entrepreneurship foundation. This year’s findings also ranked West Midlands locations Sandwell and Coventry highly on the list, while Wolverhampton’s registrations increased by over 30% from the previous year.

Although nationwide lockdown restrictions impacted the rate of formations across the UK, the West Midlands - alongside London - had the strongest recovery of any region, recording 62% growth in June.

Neil Rami, Chief Executive at the West Midlands Growth Company - the official promotion agency charged with attracting investment and jobs to the region - commented: “Amid the testing economic uncertainties of the last year, these latest figures demonstrate the robustness of the West Midlands’s creative and innovative entrepreneurial landscape. It is encouraging to see Birmingham uphold its leading reputation as a thriving and vibrant hub of invention for a seventh year in a row.

“Despite the prevailing challenges faced by businesses, we hope this year’s Coventry City of Culture programme and the 2022 Birmingham Commonwealth Games will inspire more ambitious entrepreneurs to explore how the West Midlands can elevate their ideas to the next level.”

Visionary food services company, Sibo is among those that chose to setup in the region in 2020. Developing tech-led solutions to some of the biggest challenges facing the food industry, the company chose Birmingham’s iconic Alpha Tower as the location for its food production brand Bbite, which is creating healthy and sustainable snacks from insects and upcycled food.

Other recent additions to the region’s start-up scene include Australian-owned energy management tech firm, CarbonTRACK, and Desk-as-a-Service (DaaS) provider, DesksApp, which has developed a unique workspace booking platform in response to the Coronavirus pandemic, allowing companies to monetise unused desks and offering remote workers the opportunity to work wherever they want at an affordable cost.

DesksApp has been closely supported in its first year by the region’s leading digital tech campus, Innovation Birmingham, which recorded a significant increase in startup creation throughout 2020 despite the pandemic, in line with the CfE’s latest findings.

Katharine Fuller, Head of Innovation at Bruntwood SciTech Birmingham, said: "Birmingham's young and diverse population has always made it a hotbed for innovation and, despite the challenges posed by 2020, last year was no different. At Innovation Birmingham we saw a marked increase in the number of startups created throughout the year. Our Innovation Services team responded to the increased demand, supporting 25 startups from September 2020, up from six in 2019 - an increase of 317%.

"Encouragingly, investor interest also remained high. Over 50 investors from the UK and overseas engaged with our most recent online Investor Showcase in November, proving that Birmingham's reputation for talent and innovation is still a big draw."

The Innovation Birmingham campus is one of over 40 accelerators and incubators in the region dedicated to stimulating business births and supporting aspiring entrepreneurs to grow and scale ideas at pace.

This established ecosystem of support has seen the West Midlands also emerge as a top destination for Scaleups, with data from the ScaleUp Institute - the organisation responsible for championing the UK as a world-class location to scale a business - recording 1,750 Scaleups across the region’s Local Enterprise Partnerships (LEP) in 2020.

Among the region’s recent successes is Birmingham-based Virtual Reality (VR) tech firm, Atmos VR. Headquartered in the city’s creative quarter, Digbeth, the company was founded in 2016 by former military serviceman Kevin Blair to introduce VR to business audiences. The firm successfully achieved the first step in its plans to expand in December 2020, securing a £1m investment, negotiated by Samahoma Media Advisors, to create a new multiplayer ‘free roaming’ interactive game designed with post-pandemic audiences in mind.

Kevin Blair, Founder and Managing Director of Atmos VR, said: “Tech innovation is at the heart of the West Midlands and close to where I've settled since leaving the RAF. We're taking it to the next level with our virtual reality business in Digbeth - the perfect location to be in the hub of tech development for the UK and part of a thriving, multicultural, entrepreneurial community.”

Home to the largest tech and digital industry cluster outside the capital, in the last year the West Midlands has welcomed a series of exclusive programmes to boost growth across these sectors. This includes a £1.3 million Creative Scale Up programme funded by the Department of Culture, Media and Sport (DCMS) and led by the West Midlands Combined Authority (WMCA), and a new peer-to-peer initiative from the region’s not-for-profit community organisation Birmingham Tech, designed to help 10 local tech companies ‘level up’.

Alongside these programmes, the region is ramping up its status as the UK’s first large-scale 5G testbed to spark innovation and investment across its established and emerging sectors. In 2020, the West Midlands and Birmingham ranked as the UK’s top location for 5G signal coverage, and launched the UK’s first commercial 5G application accelerator - titled 5PRING - giving companies of all sizes and industries an unprecedented platform to trial and test 5G applications at speed and scale. 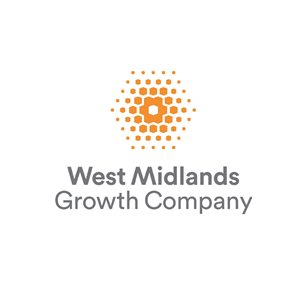 The West Midlands Growth Company helps the region make its mark nationally and internationally. Its primary purpose is to attract investment, jobs, visitors and businesses to the West Midlands.