The UK tech industry has expanded ten fold in the last ten years, enabling the creation of hundreds of fast growing tech companies that are set to challenge Silicon Valley in the coming decade, according to analysis by Dealroom.co and the Digital Economy Council.

Since 2010, the UK has experienced a sustained increase in the venture capital flowing into the tech sector, which has resulted in a huge expansion in the number of startups that are scaling rapidly in sectors as diverse as fintech, food delivery, e-commerce and healthtech.

This week UK businesses meet to take part in Scaleup Week, which brings together companies from across the UK to discuss the challenges and opportunities of building a fast-growing business.

Ten years of unicorns and futurecorns

Over the course of ten years, the number of unicorns - private tech companies valued at $1bn or more - has increased from eight in 2010 to 81 in 2020. Unicorns from 2010 including Betfair, Admiral Group and Ocado are now household names.

Meanwhile the number of futurecorns - companies capable of growing into a unicorn - has accelerated from ten to 126 in 2020. Over the same period, venture capital investment into the UK has increased from £1.2bn in 2010 to £11.3bn ten years later. 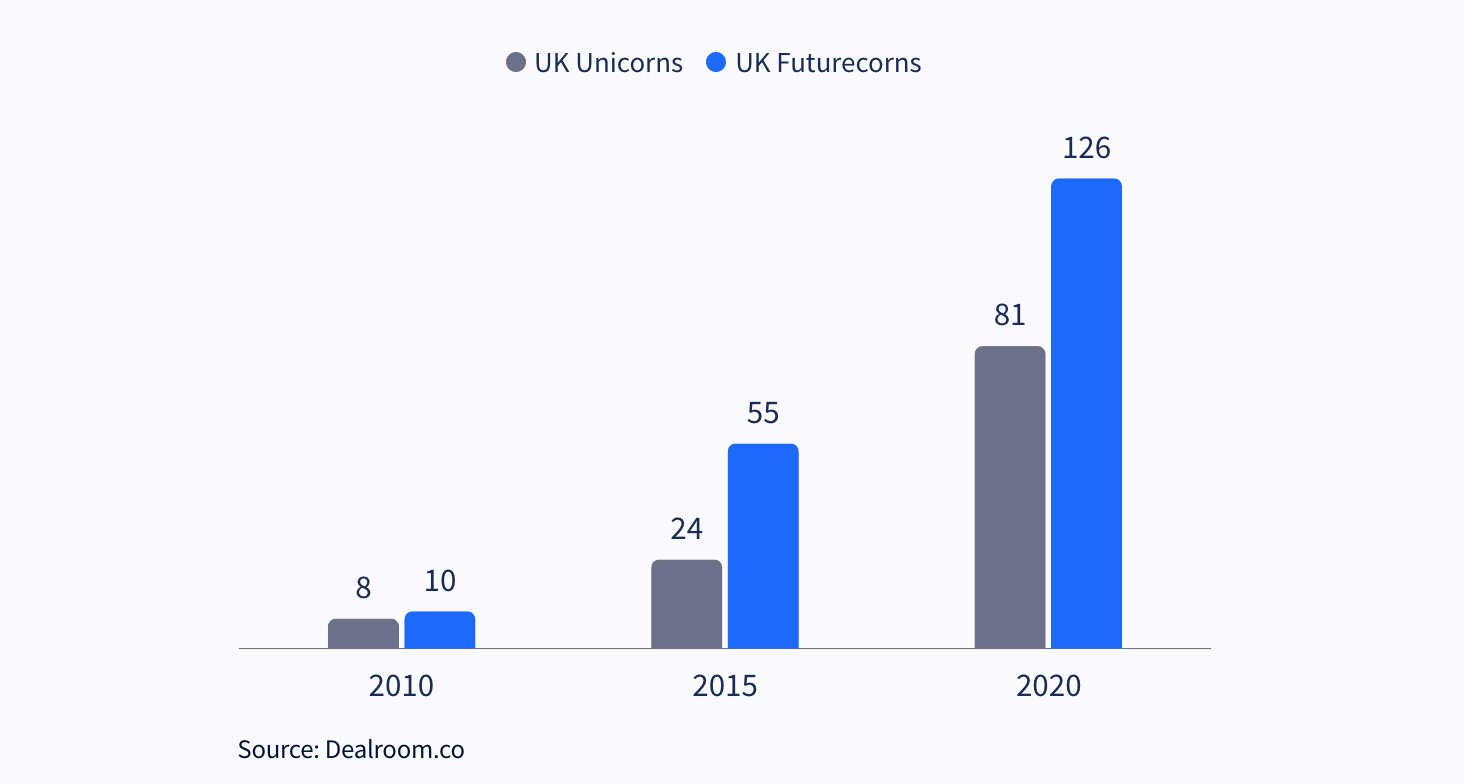 These numbers demonstrate the extent to which the UK is catching up with the US and China in tech, with London now fourth behind the Bay Area, Beijing and New York, when it comes to the number of startups and unicorns created. No other European country has been able to grow at such a speed.

While France has invested millions of euros in its startup ecosystem, in 2020 it had only 17 unicorns, up from zero in 2010. Germany had one unicorn ten years ago and 31 in 2020 - including companies such as insurtech platform Wefox, neobank N26 and travel e-commerce platform Omio.

Digital secretary Oliver Dowden said: “UK tech has seen record levels of growth over the last decade, turning a nation of startups into one of scaleups. Investors are interested in backing UK startups because of a combination of cutting edge research, skilled engineering and tech talent and operators who understand how to build a strong, sustainable business. This Government will do all it can to support the entrepreneurs who have created this vibrant new part of our economy and which now employs almost 3 million people right across the country in both our world-renowned tech centres like London and Cambridge to our cities, suburbs and rural areas.”

Next week Digital Secretary Oliver Dowden is expected to meet some of the UK's most exciting tech firms, including Babylon Health, GraphCore and Onfido, to discuss how the government and industry can work together to make the UK even more attractive to tech companies.

During 2021, the total number of unicorns and futurecorns has continued to grow. The UK has now created 91 unicorns - private companies valued at $1bn (£718m) or more - which are transforming how we live and work, including Hopin valued at £4bn, Zego, which recently reached unicorn status and Wise, valued at £3.5bn. A further 132 companies are now regarded as ‘futurecorns’ - companies with a value of between $250m (£179m) and $1bn (£718m) - which are on a path to unicorn status.

Though the majority of the futurecorns are based in London (83), high growth scaleups can be found all across the UK. Cambridgeshire and Oxfordshire have ten scaleups and 11 scaleups respectively, including Oxbotica, which is building autonomous vehicle technology and Cambridge Quantum Computing, which develops quantum solutions to tackle some of the industry’s most pressing challenges like cybersecurity.

The North West has five futurecorns, most recently Matillion which allows businesses to harness the power of data and raised $100m (£70.7m) in funding in February. In Scotland there are four fast-growing scaleups including Amphista Therapeutics in Motherwell, a biopharmaceutical company creating therapeutics that harness the body’s natural processes to remove disease-causing proteins, and Roslin Technologies in Edinburgh which is developing pioneering innovations to make the agriculture and animal health sectors more sustainable. The fintech company, Sonovate is Wales’ only futurecorn. An invoice finance and back-office recruitment platform for agencies and consultancies, Sonovate raised £110m in its latest Series C funding round.

Tech companies across the UK raised a collective £11.3bn in funding last year, ten times the investment raised in 2010 at £1.2bn. That's more than every other country except China and the United States, and 250% more than the EU’s largest economy, Germany. Since 2015, total UK venture capital investment has been higher in every year than that in France, Germany and Israel. Overseas investors from the US and Asia have been increasingly attracted to the UK’s fastest-growing companies.

Whilst venture capital investment used to be concentrated at early stages, with 64% of funding going to companies at Seed, Series A and B rounds in 2016, for the past two years more than half of VC investment has been at later stages. This is helping to build the UK’s next generation of tech stars, contributing significantly to the maturity of the UK tech sector and the increasing number of potential unicorns across the country.

Over the decade, the sectors that have created the most unicorns in the UK were fintech (32), enterprise software (14) and health tech (13), including companies such as Wise, Starling Bank, Darktrace and Babylon Health. This correlates with UK venture capital investment figures where the fintech, health and enterprise software sectors consistently attract the most capital. In 2020 alone, UK fintech companies raised £3.2bn and this steady flow of investment is helping to support and develop these innovative companies

Stephen Kelly, Chair of Tech Nation, said: “The rate of growth in the UK tech ecosystem in the last ten years has been immense and we are confident that there is more to come. The UK now has an incredible 132 futurecorns, more than France and Germany combined which demonstrates the extent to which the UK is leading Europe. Tech Nation will continue to work closely with entrepreneurs and the Government to give us the best chance of building truly dynamic and sustainable tech businesses.” 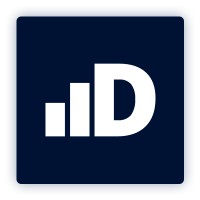