Tech startup, Maison Sport has launched a crowdfunding campaign on Seedrs in a bid to raise £400,000 as part of a larger £1.4m raise. COVID-19 has undoubtedly hit the ski industry hard, but the challenges have accelerated the trio of founders’ determination to make the startup flourish.

The funds will allow the independent ski instructor platform to grow, evolve and expand into new countries across the globe. Having already raised £1m at the end of the summer 2020 from a collective of investors, the additional crowdsourced funds will complete their fundraise, enabling the three co-founders to take the marketplace global.

Maison Sport was created to connect people with the very best independent and passionate ski and snowboard instructors, reducing costs to the customer, and providing a more profitable practice for instructors, affording them more control over their earnings and teaching schedules.

Starting in The Alps, the platform has since grown rapidly to include more than 350 resorts and over 1,000 trusted and fully qualified instructors across France, Switzerland, Italy and Austria. The new round of funding is expected to help the business expand into more than four new areas across the globe over the next six months, including Scotland, Norway, Sweden and Japan.

Co-founder and CEO Nick Robinson, former member of the British Ski Team explained: “Myself and co-founders Olly and Aaron are all passionate ski instructors at heart, which is why it’s so important to us that this business grows but grows in the right way to ensure the best possible experiences for our customers and for our instructors.

"The funding we’ve secured to date, along with the funds we hope to secure on Seedrs, will give the business the boost it needs to go truly global, and importantly, support independent ski instructors who have been hit hard in the current climate.”

Maison Sport raised £786,000 from a combination of an initial Seedrs crowdfunding campaign in 2018 which exceeded target by 135%, as well as two angel funding rounds in January 2016 and December 2016, which allowed them to launch their innovative concept and facilitated early growth.

Last year, the founders raised an additional £1m and have brought serial entrepreneur Lorenz Bogaert on board, to join the company as a non-executive director. Bogaert joins non-executive chairman, Graeme Gunn, and an impressive advisory board including some well-known fund managers and Kevin Byrne, Founder of Checkatrade.com.

Early funding also allowed the founders to attract some of the best tech talent to ensure technology remains at the forefront of the business and that the user experience for both the customer and instructor is accessible, fast and seamless. Over the course of the past 6 months, the business has gone from 7 employees to 15 and expects to grow to 21 once further funding is secured.

As the only platform dedicated to independent instructors, Maison Sport has proven to be a game changer for ski and snowboard instructors who can significantly increase their earnings using the platform. The marketplace has recently surpassed 20,000 hours of lessons taught and prides itself on the site’s 3,100+ individual instructor reviews left by over 70% of customers, placed on instructor’s profile after their lessons, over 90% of which are rated 5 stars. 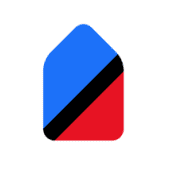 Maison Sport was created by a team of industry professionals with over 25 years of ski teaching experience. All ex-British ski team members & fully qualified ski instructors, the founding team at Maison Sport have successfully worked together over the past five years.

The vision for Maison Sport was conceived after the trio acquired a traditional ski school in France, where revenue has since increased around eight times.

Witnessing an antiquated way of booking lessons, they spotted an opportunity to solve a problem for customers and ski instructors, by using a technology platform to connect the two parties together directly.  Maison Sport offers reduced costs to the customer of as much as 50% and provides a more ethical and profitable practice for the instructors, who keep up 93% of the cost of the lessons.

Much like many successful marketplaces, one of Maison Sport’s key selling points is its unique instructor reviews, only left by past customers, which enable new customers to make informed decisions about their ski or snowboard lessons.

Currently, the Maison Sport marketplace includes more than 350 resorts and over 1,000 trusted, qualified instructors across France, Switzerland, Italy and Austria.  In France, Maison Sport’s instructor pool is second only to the Ecole de Ski Francais, a company which was founded in 1945.