The Texthelp Group awarded The Queen’s Award For Enterprise

The Texthelp Group has been recognised with The Queen’s Award For Enterprise in the International Trade category.

Her Majesty The Queen approved the Prime Minister’s recommendation that The Texthelp Group should receive the accolade, recognising the company’s contribution to technology innovations that help people worldwide with literacy and communication. Its tools are used by over 40 million students and adults worldwide with dyslexia, learning difficulties or those learning or working in a second language. Showcasing growth over the past year, there has been a staggering 158% increase in usage of its flagship Read&Write product.

Texthelp was founded in 1996 by Martin McKay and is headquartered in Antrim, Northern Ireland. Martin was the beneficiary of a Prince's Trust grant that helped him to start the business in 1995 and it’s fitting to now be selected as one of the UK companies to receive the Queen’s Award for Enterprise.

The group employs over 240 staff across locations in Northern Ireland, Great Britain, Norway, USA and Australia. Texthelp has been at the forefront of assistive technology over the last three decades and has been recognised with this prestigious accolade for its continued international business growth over the years, which has led to 70% of revenue coming from outside of the UK this year.

This commitment to overseas expansion was most recently demonstrated in February 2021 when Texthelp acquired the Norway-based Lingit Group, including Lingit, LexAble and Claro Software. Through this acquisition, the business has added Lingdys, Textpilot, ClaroRead, Global Autocorrect and Global Tasks to its product suite and can offer a wider and improved range of assistive technologies to their customers in the UK, North America and the Asia-Pacific region, while expanding its reach in Northern Europe.

Martin McKay, CEO and Founder of The Texthelp Group, said: “We are over the moon to receive this prestigious award. Our products are helping students and employees, across the public and private sector, to continue learning and working. We now support more than 40 million users in 150 countries. It's our goal to help support 100 million people across the globe to understand and be understood through technology.

“Nearly three decades on from when I originally founded the business and secured the Prince's Trust grant, I am particularly proud to have grown the business, supporting the local economy and creating jobs in Northern Ireland and beyond.”

Texthelp’s products enable bespoke learning and support in the classroom or workplace environment, increasing engagement, understanding, confidence and outcomes. Other products in the Texthelp suite include Read&Write, EquatiO, ReachDeck, Fluency Tutor, Speechstream, and WriQ, which was launched in October last year. 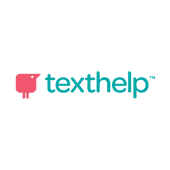