Tech Nation has announced the 32 climate tech companies who have been accepted into Net Zero 2.0 - the second iteration of the Net Zero programme.

Net Zero 2.0 is the first government-backed programme designed to support the most promising climate tech companies to accelerate the UK’s path to net zero. This year’s successful companies were assessed by 40 judges across key industries.

These included climate specialists, investors and senior representatives from companies such as Google, National Grid, Sky Ocean, Bulb and B Corp, including Hayden Wood, CEO and Founder at Bulb, Azeem Azhar, Founder of the Exponential View, and Pippa Gawley, Founder & Director of Zero Carbon Capital.

Companies were judged based on their scalability and potential to help the UK reach its high priority net zero goal. The chosen companies are actively decarbonising key sectors across energy and electricity, transport, buildings and cities, and agriculture. Carbon removals and space-tech are two emerging focus areas this year in the race to zero.

With 40% of emissions reductions reliant on technologies not yet at mass-market scale, it is imperative to support the growth of these companies. In the run-up to COP26, the Net Zero programme aims to help realise these vital tech companies’ potential to drastically reduce global emissions. Every company in Net Zero 2.0 will be given unparalleled access to long-term investment opportunities, education, talent, exposure and a platform with which to influence green policies and create the optimum conditions for growth.

New data from Tech Nation and Dealroom has revealed there are 519 Net Zero startups and scaleups in the UK, nearly double the number than in France (270) and 63% more than in Germany (318).

With its Net Zero 1.0 cohort and new Net Zero 2.0 cohort, Tech Nation has now supported the growth of 13% of the UK’s climate tech companies in total, who are leading the race to net zero and disrupting the status quo.

41% of the companies in the Net Zero 2.0 cohort have at least one female founder and 63% are headquartered outside of London.

Space tech is gaining momentum in the race to net zero

For the first time, Net Zero is welcoming space tech companies into the programme. Satellite imaging is a way of observing large areas from space to rapidly identify illegal activities (deforestation, mining), monitor supply chains, and verify nature-based solutions (such as carbon offsetting). This type of technology is gaining traction rapidly as countries across the world look for innovative ways to combat climate change and as multinationals seek to achieve their recently set net zero goals.

Edinburgh-based Earth Blox is using satellite data to identify deforestation or mining activities and monitor supply chains and support nature-based solutions, while London-based Sylvera is the world’s first carbon offset ratings provider, using machine learning and satellite data to verify the carbon offsetting industry. London-based Satellite Vu is the world’s first satellite constellation capable of measuring the thermal footprint of any building on the planet every 1-2 hours, helping to drastically increase the energy efficiency of buildings, factories and power stations around the world.

The emergence of carbon removals and offsetting

While the majority of the Net Zero 2.0 companies are helping to reduce carbon emissions, companies in this year’s cohort are also using carbon capture technologies and other forms of carbon removal to physically remove greenhouse gases from the atmosphere.

Carbon Infinity is creating cost effective and modular direct air capture (DAC) technology, which removes carbon dioxide directly from the air, while Supercritical are accelerating the growth and prominence of the carbon removals sector, by building the UK’s first marketplace of carbon removal projects for tech companies. Alongside this, Bx Earth is focused on carbon removal through carbon sequestration in soil. The company is connecting food  growers who can store carbon in the soil with corporations looking for verified carbon offsets, simultaneously incentivising growers to practice climate-smart agriculture.

At such an early stage in tech, carbon removal, particularly DAC, will require a huge amount of funding and investment to reach its full potential, and this is a need the Net Zero growth programme is aiming to facilitate.

The number of B2C climate tech companies is growing

Another trend in these up-and-coming climate tech businesses is their increased availability to consumers as well as businesses. Over a third (11) of the companies in Net Zero 2.0 offer services to consumers.

Leeds-based Tred is the UK’s first sustainable challenger bank measuring the carbon intensity of its customers’ purchases, making it easy for customers to track, reduce and offset their carbon footprint. Within the energy sector, London-based Ripple enables people (and businesses) to partially own large-scale wind farms and have the green electricity they produce supplied to them via the grid, while Solivus enables consumers to generate their own local, green energy through new solar technology. Within the washing sector, South East-based, Oxwash are the first truly sustainable 'Space Age' laundry company in the world. Their aim is for zero net carbon emissions throughout the whole laundry process.

Empowering all of these climate tech scaleups is at the core of Tech Nation’s mission. Tech Nation is also proud to be a founding member of the Tech Zero Taskforce, whose Tech Zero Pledge has recently reached 150 signatories, and have committed to reducing and measuring their own carbon emissions - as well as publishing these in an annual Sustainability Report. 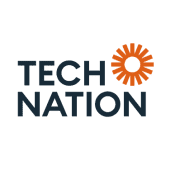 Startup OLÉ announce the winners of its seventh edition