Switching from Nuclear Engineering to AI

When I left university, I entered arguably one of the most slow-moving, heavily regulated corners of engineering, nuclear power. I was a member of a team that made sure the world wasn’t given a spin-off series of HBO’s Chernobyl, building layer upon layer of safety programs.

Day in, day out. Every single element of my design work had been planned years prior, approved by a large group of stakeholders, and eventually deployed a decade later.

Three years on. I am in the new world of AI. Today, we're working on a system which can help predict sales figures for a small company who need to do better on their margins. Suffice to say, we’re not talking about reactor meltdowns, but the stakes are still high for our client and the people they employ. In this game, I don’t need to wait for years to see or touch my work. I deploy algorithms at speed that analyse, interpret and make decisions based on piles of data. And just as the machine learns, my team can test their theories multiple times before it reaches our end-user.

For those who have spent time in the engineering world, this paradigm shift in the rules can seem vast. It certainly did to me. But if you’re looking for freedom, innovation and a chance to expand your knowledge, AI is here, and it’s certainly the right time to get into it.

I was first introduced to data and digital technology while I was still working in nuclear power, part of a team designing and developing modular civil nuclear power stations. Digital technology was a fundamental part of our effort to tackle the traditional challenges large nuclear projects face with time and cost. This could range from digitally enhanced design to predictive maintenance across the fleet using data analytics and AI. I was given the responsibility on the team to drive this forward.

As a hobbyist, I was also dabbling in data in my spare time, in the equally important and equally unpredictable world of football. You have to find some joy from somewhere as a lifelong Leeds Utd fan, even if it is in writing algorithms.

At work, my role as the go-to digital knowledge bank was brilliant, but I wanted to be part of something I could see through. We were planting the seeds for a better future with these projects, but I wanted to start improving the world now. When I read more into AI, and it’s growing prominence in digital, I saw my opportunity.

When I reached my final decision, it came with a realisation: when you’re in engineering, you can get lost in this entrenched concept of making something out of metal. I began to realise that I had been building something all this time, but I was also building skills like problem-solving. If I had the skills, the job seemed possible - what was most important was my change in mindset, which was evident as I started my new role.

Getting the AI mindset

In engineering - nuclear or not - there is a complete expectation of ensuring everything is right the first time, for reasons aforementioned, i.e. human disaster. In my new environment, I was given the freedom to experiment, deploy quickly and work with my team with the energy of creating something and seeing how it works.

Technically it also shifted how I approached problem-solving. Machine Learning models learn through mistake-making and iterations of a task over time while gathering information from a larger data set. I had to recentre and be resilient when we failed and move on fast, a feeling which rarely existed for me before.

Part of my new job was also brainstorming with the key stakeholders - I’d transitioned from being part of a rigid structure to have the responsibility to question everything; the status quo didn’t prevail here.

AI has been around for decades. It has come and gone like other new and exciting technologies. I’ve met lots of engineers who roll their eyes at AI and say they’ve heard it all before and you can empathise, in the past, it’s never quite got there. Some people assume this is another one of these times, but everything has changed.

Cloud computing now means you can access more power and more storage with minimal upfront capital investment; everything is becoming available just at the right time. There are also lots of off the shelf tools which can be integrated quickly to make marginal gains, whether it's a chatbot to help you connect with your customers, or image and text analytics tools to help you extract insight from your data. Alternatively, you can build a custom solution from the ground up using the vast array of open source tools available.

Right now we’re making the leap from the early adopter phase to the early majority. Over the next few years, the technology will be more established, especially in those sectors where technical teams are already spending lots of time connecting and interacting with data. Even organisations in the third sector where you wouldn’t perhaps expect it is exploring what they can do to help even more people using this technology.

AI brings with it so many opportunities to improve many things in our world and for many people. My advice to anyone in engineering, software development or otherwise is that you don’t often come across an industry at this stage, where there’s so much room for invention; grab it with both hands. It’s yours for the taking. AI is a few years behind building things out of metal but there’s plenty of engineering which goes on here.

For organisations looking to scale up, my advice is much the same. The possibilities are endless, and you may not know where they are yet, how they look or their potential. Start exploring. 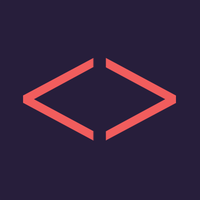 Razor is a digital technology consultancy based in Sheffield. They apply passion, innovation and commitment to solving some of the hardest issues businesses and organisations face globally.