New data from SeedLegals has revealed a surge in investment from family and friends over the last year, which has helped to prop-up new and existing startups.

Bootstrap investment (the very initial round of funding, usually from individuals close to the founder) has risen by more than a quarter (26%), as entrepreneurs sought out quick injections of cash, with half the rounds closing in just 30 days.

While the number of funding rounds has increased, SeedLegals’ data shows that founders are seeking less cash than the previous year. The median amount raised in each bootstrap round was £40,000 - a decrease of £10,000 compared to the previous year - and each investor put in an average of £8,300.

The number of boot rounds closing peaked in Q3 2020, with October and August the highest months, after a dip in Q2 - suggesting this rise in bootstrap investment is linked to an increase in the number of new companies that launched to help tackle the challenges of COVID-19, and to support more established companies struggling with the impact of the pandemic.

Encouragingly, the UK has seen a 16% increase in the number of new tech startups launching over the last year, however the Federation of Small Businesses (FSB) has warned that without further support from the government, a record 250,000 small businesses could be lost in the next 12 months.

Anthony Rose, Co-founder and CEO of SeedLegals commented: “It appears that some of the many people who were furloughed or made redundant are reinventing themselves as startup founders. While they may be out of a job, this could have been the opportunity they were always looking for, to develop that idea they had but never quite got round to taking further.

“It’s not unusual for these early-stage businesses to call on friends and family for support which could explain the increase in bootstrap rounds over the last year. The decrease in the total amount being raised suggests that many of these rounds are focused on providing the founders the support they need to keep going on a shoestring budget until they’ve developed their new proposition far enough to do a larger funding round.

“In these challenging circumstances it’s encouraging to see friends and family offering a helping hand to these entrepreneurs, and they have a chance to both help friends and reap the benefits, including SEIS tax benefits.”

The total number of seed rounds closed on the platform increased by over 80%, while the median total investment per seed round remained flat. 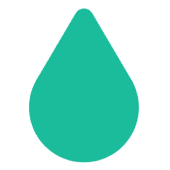 The simple way for companies to complete the legals needed to raise investment and distribute equity.

The largest event for the full telecoms ecosystem