Staff welfare: A year on from the start of COVID-19

The findings of a new report shows that employee welfare has been catapulted to the top of the HR agenda for business leaders, with two-thirds of employees reporting a spike in support being offered to both furloughed and non-furloughed teams since May 2020.

Wade Macdonald, Accountancy and Finance, HR and Data Analytics recruiter, canvassed 150 business leaders and the resulting report provides a deep dive into how businesses have managed staff welfare, both physical and mental, over the past nine months. This research draws comparisons from the company’s first staff welfare report created in May 2020.

The majority consensus (65.5%) is that employers have continued to do well to support employees over the course of the year despite the numerous fluctuations in and out of lockdown, the volatility of the jobs market and the ever-growing concerns around mental ill-health.

Key areas of success for many businesses include an increase in welfare tools, a positive use of the furlough scheme, fast implementation of mental health support and taking on board employees’ desires for hybrid working post-pandemic.

Organisations are offering more welfare support compared to May 2020. The number of employees with access to EAPs, Online Self-Service Platforms, Private Doctors and Coaching have all grown by, on average, 5%.

On further exploration, it is clear that many businesses have become more innovative with different ways to try and support their staff. Schemes include parental support, free online fitness classes and virtual social events.

63% of respondents said their employers had utilised the furlough scheme at some point during the pandemic. Most felt that they had treated furloughed staff well during that period, with 88% reporting consistent communication throughout.

Engagement with furloughed staff remained high over the past nine months too, through measures such as telephone calls with management (65%), team video calls (46%), company newsletters (40%), online training courses (35%) and virtual social events (36%).

When asked to grade how large the problems are with mental health in their own organisations, respondents placed the issue at 5.5 out of 10. Combatting this problem appeared to be at the top of most businesses' agendas, evidenced by the fact that 42.5% of organisations have already appointed mental health first aiders and/or mental health champions in response to the problem.

Listening to employees’ needs for the ‘new normal’

Last year, Wade Macdonald’s research found that, post-pandemic, only 11.5% of people wanted to be fully office based in the future, with 19.5% not wanting to attend the office at all and 69% favouring a hybrid working model.

This year, it has been reported that 93% of respondents will be offered a hybrid working model. 22.5% will expect their staff in the office more than they can be at home, with 24% offering a 50 / 50 split. 15% are proposing more time at home than the office and 31% leaving it completely up to employees to decide.

While the view of the past nine months is overwhelmingly positive, there are certain areas where employers have begun to lose sight of the importance of their employees' welfare and regressed. These include a decline in proactive welfare plans, going back on promises of long-term welfare commitments and a lack of equipment support while working from home.

The first research report showed that businesses had adapted well to support their staff. 59% had pro-actively implemented a plan for staff welfare with a further 35% supporting reactively. The most recent results suggest that, despite the positive initial response, not enough progress has been made since. While 62% now have a plan implemented, only 28% reported a reactive response when required, and 10% of businesses have nothing in place at all.

This year, 68% announced that their support strategies would continue and be further developed. A decrease of nearly 10% compared to 2020's survey which suggested that 76% of businesses would continue to adopt their strategies long after the pandemic.

Equipment and IT support

Back in March 2020, the move to work from home was very sudden and reactive with very few employees having access to the right equipment. A year on, only 37% of organisations have offered financial support towards equipment or amenities to work from home. Not only does this put productivity at risk, but has created a socio-economic divide between teams, highlighting who can and can’t afford to be financially self-sufficient during this volatile time.

Moving forward, there appears to be a need for organisations to accelerate the formalisation of plans for both their staff welfare and flexible-working policies. This will give their employees the much-needed clarity they deserve and, equally importantly, assist the business’s own talent attraction and management.

Managing Director for Wade Macdonald, Chris Goulding, commented: “Although the pandemic has undoubtedly had a devastating impact around the world, professionals are remaining positive. Only 3% are unable to see a light at the end of the tunnel.

“The majority commented on the change to a hybrid working model as a real positive, with others able to see that there have been vast improvements in the adoption of technology for business-as-usual tasks and that meetings and training sessions will be completed in the future with far more ease.

"It is clear that, while there is still room for improvement across the board with staff welfare, we should still be feeling extremely positive about the impactful change that has been made over the past 12 months for employees up and down the UK.” 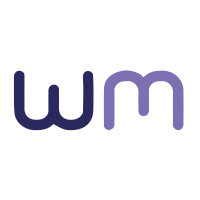 Founded in 1991, Wade Macdonald is an independently owned specialist recruiter covering Thames Valley, Reading and Berkshire. With almost 30 years' experience in serving the area, it services large multinationals and SMEs alike across the fields of Finance, HR and Data Analytics.