Spaceport Cornwall is seeing in 2021 with three new staff appointments. Following the departure of Miles Carden, Melissa Thorpe will be providing an interim solution to the position and will be supported by John Paffett. As well as this, new Cornwall Airport Newquay employee Luke Winfield, will be supporting the Spaceport team as Operations Manager.

The stepping up of Spaceport’s Melissa Thorpe makes her one of the first female leaders of a Spaceport across the globe. Melissa, who is an economist with a background in aerospace and aviation, has been Head of Engagement for the Spaceport Cornwall project since its inception in 2014; acting as the lead on business development, marketing and outreach.

Having recently featured on BBC World News and in the New York Times championing the progress of Spaceport Cornwall, Melissa has been a key spokesperson for the project's success - driven in her ambition to create a world leading, sustainable, horizontal launch site from the heart of Cornwall.

As the project moves towards launch, the Director role has been adapted to ensure the team can efficiently deliver on multiple outputs, including the UK’s first ever satellite launch. Melissa will provide the day-to-day leadership of the Spaceport team and will be the external lead for the project; delivering strategic guidance and stakeholder engagement. She will be supported by John Paffett, who will be joining the team as Project Delivery Partner, acting as the Interim Commercial Director.

John brings decades of industry experience to support the Spaceport team, in particular satellite engineering, manufacturing and operations. He is the CEO of KISPE Space Systems, a specialist project engineering, system design and implementation company, whose aim is to make space more accessible and to promote responsible and sustainable use.

Having already supported the Spaceport Cornwall team for over four years, building positive relationships with local, national and international stakeholders, John will ensure effective project management of the spaceport with a focus on the industry specific elements of the project. He will be the point of contact for commercial arrangements with partners including the UK Space Agency, Virgin Orbit and Goonhilly Earth Station.

Luke Winfield joins the Spaceport Cornwall team as Operations Manager. With eight years of varied experience in aviation and aerospace, Luke is an airline pilot, previously flying the Airbus A320 and the A380. Having completed university studies in strategic airport management, aviation economics and project management, and undertaking a Masters in Space Operations, Luke brings a solid academic background and relevant aviation experience to the team.

In this new technical role, he will be responsible for implementing the UK Space Agency’s spaceflight regulations and applying for the spaceport licence. Luke will also work alongside the Airport Operations team at Cornwall Airport Newquay to ensure the safe integration of space launch into the airport.

Glenn Caplin-Grey, Chief Executive of the Cornwall and Isles of Scilly Local Enterprise Partnership: “We’re very glad to see Melissa take on this interim role and delighted to welcome John and Luke as supporting members of the Spaceport team. Their extensive combined experience in the space and aerospace sectors will be key to driving the project forward in 2021, laying the foundations for a safe and viable launch site.”

Melissa Thorpe, Interim Head of Spaceport Cornwall: “I welcome the opportunity to take on this role. I believe we have something truly unique at Spaceport Cornwall and are positioned to provide a world leading responsible launch site. I look forward to engaging with the local community and working with our amazing team to make the first launch in the UK happen."

John Paffett, Interim Commercial Director, Spaceport Cornwall: “I’m thrilled to support the Spaceport team further in this new role, having worked with the team since 2016. This project is key to the LaunchUK initiative and I’m excited to further the relationships already established to help build a commercially operational site.”

Luke Winfield, Operations Manager, Spaceport Cornwall: “I am very excited to join the Spaceport Cornwall team in this technical role and take my career in this new direction. I have a deep passion for space technology and look forward to working alongside Cornwall Airport Newquay, playing a leading role in securing the spaceport licence.” 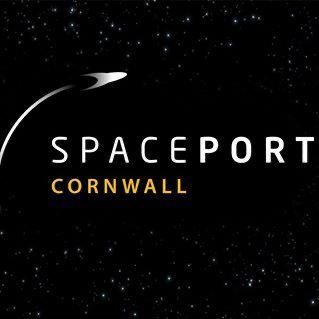 Cornwall Airport Newquay (CAN) is set to deliver the UK’s first spaceport by 2022 - Spaceport Cornwall. Spaceport Cornwall will play a critical role in developing the UK’s space industry with Goonhilly Earth Station they provide a complete ‘end to end’ UK launch capability to support all aspects of launch, including suborbital vehicles and systems and those able to place satellites into earth orbit.

E:VENT Virtual & Hybrid Solutions to revolutionise the face of events and remote working