Research demonstrates the potential of e-fleets for SMEs

Vimcar, the fleet management software for small and medium-sized companies, has released new research into how new driving behaviour, adopted as a result of COVID-19, has impacted on the potential for electric vehicles and plug-in hybrids in SME fleets.

The study of vehicles tracked by Vimcar’s technology in the UK and Central Europe revealed how new behaviours around the use of business vehicles have created cost-saving opportunities for SMEs and could help to further the cause for increased sustainability.

As new local lockdowns are enforced across the UK SMEs are under more pressure than ever to control costs. The study found that so far this year, of the 96,500 fleet vehicles tracked, almost one-in-five (16%) could immediately be replaced by electric vehicles and plug-in hybrids due to their limited daily mileage.

Ronald Clancy, UK Country Manager, Vimcar said: “The pandemic has affected businesses in a number of ways, not least in how business vehicles are deployed. Shorter journeys, increased customer demand for home delivery, fewer vehicles on the road and drivers unfamiliar with routes are just some of the ways that driver behaviours have changed. These findings demonstrate how, by using business vehicle data to optimise how your fleet is deployed on a daily basis, SMEs can make cost savings and do their bit for the environment.”

Recent figures from the Society of Motor Manufacturers and Traders (SMMT) show that September car registrations in the UK were down to the lowest September volume recorded since 1999. Yet the same figures show that alternative fuel vehicles are growing in popularity, accounting for more than one in ten registrations during September. In fact, demand for fully electric vehicles increased by 184.3% compared with September last year, with the month accounting for a third of all 2020’s Battery EV registrations.

With a range of tax benefits, exemptions and government grants that reduce the initial purchase price, as well as significantly reduced running costs, the financial benefits of going electric with company vehicles are clear to see. This increasing demand should lead to better infrastructure, meaning that electric vehicles and plug-in hybrids can become a very real alternative for businesses looking to save costs on their fleet.

“By digitising a fleet with a company vehicle tracker SMEs can optimise their vehicles’ most made routes and compare journeys from different days to different times,” continued Clancy.

“This kind of vehicle tracking will make it easier to avoid congestion at peak times, minimise the number of vehicles that need to enter Clean Air Zones (CAZ) or Congestion Charging areas and, ultimately, give SMEs the intelligence they need to justify a switch to more electric vehicles and plug-in hybrids within their fleet.” 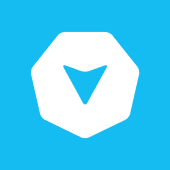 As one of Europe’s fastest-growing SaaS startups, Vimcar is redefining business mobility by seamlessly integrating commercial vehicles into digital ecosystems. An innovative combination of live car data and a set of cloud-based applications offer real time insight into vehicle activity to reduce operational cost for fleets.

The company specialises in providing low price vehicle management services and has already equipped more than 90,000 vehicles with its SaaS solutions in German-speaking countries. In early 2020 Vimcar announced its expansion to the United Kingdom.