As COVID-19 wreaks havoc on the UK economy, the country’s young people are taking matters into their own hands, a new major poll has revealed. The poll of over 2,000 British adults shows that one-in-seven (15%) young people (aged 18-24) in the UK plans to start their own business in 2021.

According to Ed Surman, Managing Director of Mushroombiz, who commissioned the poll, the results show “that young people leaving school and university are rejecting the shrinking job market to take back control of their futures from COVID-19.”

The OBR estimates that the UK unemployment rate will peak at 7.5% in the middle of 2021 - representing about 2.6 million people out of work - up from about 4% before the pandemic struck.

According to Surman, “This reality has forced many young people to re-evaluate their futures and become their own boss.” He says the poll backs up what he has seen: “a huge uptick in the number of tech startups, passion projects and side hustles started in university dorm rooms in the latter half of 2020.”

As people adjusted to ‘the new normal’ of the pandemic, the number of new companies being created in the UK compared with 2019 soared in the second half of 2020, according to the Office for National Statistics, July 2020 set a new record with more than 81,000 businesses registered in the UK.

The poll, carried out by Yonder (formerly named Populus) also found that around one-in-five (19%) young people (18-24) considered starting their own business for the first time last year.

Notably, the poll shows that across all age groups twice as many men (9%) as women (4%) plan to start their own business this year, while over one fifth of Londoners (21%) plan to become their own boss in 2021.

The news comes in spite of underlying concerns for the UK economy, with the poll revealing a majority of Britons (57%) are not confident in the country’s economic prospects for 2021, with 45% not confident in it over the next five years.

The poll was commissioned by Mushroombiz ahead of its annual conference on the future of business in the UK. 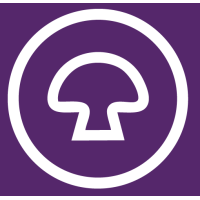 Mushroombiz is owned and managed by a team of hardened entrepreneurs, finance directors and former business owners who have successfully sold their companies.

Mushroombiz was created to address a massive hole in the support and advice given to SMEs by professional services and business support companies. Mushroombiz provides enterprise grade resources to companies at critical stages of growth.

Just a quarter of office workers plan to return full-time

Just a quarter of office workers plan to return full-time

Fintech startup raises $20m in Series B funding round