On the back of new quantum algorithm breakthroughs, quantum software company Phasecraft has closed a record seed round for a quantum computing company in the UK. Its new £3.7m seed funding round is led by VC firm LocalGlobe with Episode1 along with previous investors.

Phasecraft previously raised a £750,000 pre-seed round led by UCL Technology Fund with Parkwalk Advisors and London Co-investment Fund and has earned several grants facilitated by InnovateUK. Former Songkick founder and prominent angel investor, Ian Hogarth has also joined as board chair for Phasecraft.

Phasecraft is taking quantum theory from research to reality, faster. In just twelve months, Phasecraft has achieved major advances in underpinning technologies required for quantum simulation of materials and chemistry. Phasecraft tackles the biggest challenge in quantum computing: developing new algorithms that maximise the capabilities of today’s quantum hardware to evolve quantum computing from experimental demonstrations to useful applications. Now, with its new equity investment and grant funding, Phasecraft has raised over £5.5m/$7m to bring its ground-breaking technology to real-world applications.

Started by internationally renowned quantum scientists Toby Cubitt, Ashley Montanaro and John Morton, its team of talented quantum theorists have been researching and applying quantum theory for decades, leading some of the top global academic teams and research in the field. Phasecraft has established partnerships with leading quantum hardware companies, including Google and Rigetti, industry partners, such as Johnson Matthey, and leading academics, to establish a new era of computing. Through deep understanding of quantum theory and the needs of potential end users, Phasecraft applies its world-leading quantum computing expertise to bridge the gulf between hardware and applications, speeding up the quantum computing timeline.

Toby Cubitt, Phasecraft Founder: “In just the first twelve months and with a tiny but talented team, we made breakthroughs that led us to the world’s best algorithms and encodings for all key technologies required for quantum simulation. These types of breakthroughs bring forward by years the date when quantum hardware can first tackle commercial applications that are beyond classical computing technology. Bringing together a bunch of smart people, creating a culture that inspires them to find innovative solutions, and working together to tackle the biggest challenges, it’s amazing what ensues.  I can’t wait to see what this team achieves together in the years ahead!”

One of these breakthroughs is already published in a peer-reviewed research paper by Phasecraft Founder Ashley Montanaro and his team, appearing in Physical Review B from the American Physical Society, the top specialist journal in condensed-matter physics and chosen as an Editors’ Suggestion to appear in Physics.

John Morton, Phasecraft Founder: “Already in the past two years quantum hardware has surpassed expectations, achieving milestones that seemed decades away. By pioneering new advances in quantum software, Phasecraft can take quantum theory from research to reality, faster. With new funding and supporters, we can be part of building the foundations of the quantum computing industry, making useful applications available quicker than ever thought.” 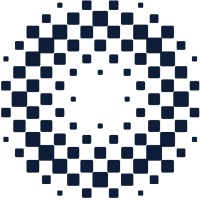 Phasecraft is taking quantum theory from research to reality, faster. Phasecraft was founded in 2019 by Toby Cubitt, Ashley Montanaro and John Morton, expert quantum scientists who have spent decades leading top research teams at UCL and University of Bristol.