Prejudice is costing your portfolio

A staggering £4bn of investment went to UK tech companies in the first half of 2020. The British Business Bank’s recent Government report, together with recent surveys by leading investment platforms like Stakeholderz, show that despite the challenges posed this year, investors are continuing to back the UK’s high growth tech companies, with many indicating they will invest the same or more over the next year. Tech has long proved to be a lucrative and attractive sector for investors and entrepreneurs.

However, the story is not of an equitable boom. In every year between 2011 - 2019, at least 85% of all investments was made to all-male teams. Pre-pandemic, in 2019, Beauhurst reported a bleak picture of just 9% of investment going to mixed-teams or all-female teams. Some of which may have otherwise made big returns.

With the sector on such a visible rise, why is it the female tech founders falling short when it comes to securing investment?

Number of Women in Tech

Women represent 47% of the entire UK workforce, but only 17% in tech. This shortage is both systematic and insidious. For entrepreneurs, starting a business is daunting enough without the added hurdle of doing so as an ‘outsider’ in a male-dominated industry. But the poster-image of Silicon Valleys and Roundabouts continues to be twenty-something year old men in hoodies gathering investment from wealthy men in suits; perpetuating a status quo for the investors and the women envisaging a career in this industry.

From an investor perspective, this homogeneousness creates an unconscious bias toward the status quo, a cliché vision of the ‘tech expert’, where anything jarring with this is perceived as adding risk to the investment. Coupled with more general prejudices around women, such as perceived cautiousness, it may have the paradoxical effect of raising the bar for investment and therefore increasing the chance of failure in businesses which may have otherwise proved successful.

If we are to break this cycle, we must look to the young women considering a career in the industry.

We all want to be successful in our careers, regardless of characteristics, background or industry. If a young woman has no role models in a particular industry, it’s inevitably harder to envisage themselves succeeding down that route. And so they potentially overlook it in favour of an industry with a track record of producing successful women.

The added pressure from subject bias in education and even in parental expectations, presents a cyclical nature to inequality and systemic issues. Something that won’t be quick to overcome.

While this directly limits the supply of entrepreneurs in your dealflow, what this does mean is that, under the weight of these biases and prejudices, the women who do find success in tech tend to be incredibly driven, accomplished and resourceful. Characteristics and achievements that should be championed, not dismissed, are embodied in leading entrepreneurs like Esther O’Callaghan OBE, iron-lady triathlete and founder of Hundo; Melanie Perkins, founder of Canva, one of the most popular graphic design tools; and Susan Wojcicki - CEO of YouTube.

It’s time we start backing that talent, and encourage it to flourish - for the sake of our own investment portfolios.

Tech undoubtedly has a culture problem. Whether it is the 52% of women in tech who experienced gender discrimination in the workplace in 2019, or those involved in the recent high profile sexual harassment settlements against Google and Uber, both of whom received $310m and $1.9m settlements respectively; we are seeing the tip of a huge iceberg, as many accounts in sources like the Financial Times will attest.

Sadly, in a repeat of the previous year, the latest HackerRank Women in Tech Report 2019 showed women aged 35+ are still 3.5 times more likely to be in junior positions than men of the same age.  In fact every other surveyed age bracket in the report followed the same trend of men outnumbering women in senior positions.

While some of this difference can be attributed to women starting careers at a later stage, it is hard to ignore the culture which inhibits the individual achievement and development of women in this industry. Termed a 'masculinity contest culture' by Havard Business Review and explored in pop-culture and much of the media, this environment has been extensively documented. The basis of it is simple: feminine qualities are a sign of weakness. It is an environment in which dismissing and demeaning women, and those showing stereotypically feminine traits, is standard.

If we want to encourage the best female minds to enter STEM subjects, pursue careers in tech, and flourish in our industry, this toxic culture needs to be addressed.

Not only does tackling this culture markedly improve a company’s ability to attract, retain, and motivate talent, it also has an immediate and positive bottom line impact. Taking action advances and develops many more people into highly accomplished and experienced developers and tech specialists. As those who trawl through countless pitch decks will know, it is from this that the best entrepreneurs emerge. How different would your returns have been if the number of exceptional entrepreneurs in your pipeline doubled?

It’s just good business sense - for the companies in our portfolios, and the companies who will become part of it in the future. So how can that be achieved?

Having robust frameworks for reporting, investigating, and disciplining instances of harassment, such as those suggested by the Equality and Human Rights Commission, ensures accountability and consequences, encourages people to speak out, protects against harassment, and creates a more positive working environment.

Unfortunately, COVID-19 has thrown another hurdle into the road to equality. Women are reportedly taking on the majority of childcare and homeschooling during lockdown, with four times as many women as men leaving the workforce, and inevitably many forced to abandon plans to launch businesses.

What is at stake

According to the Treasury in the 2019 Rose Review of Female Entrepreneurship, “up to £250bn of new value could be added to the UK economy if women started and scaled new businesses at the same rate as UK men.” Even achieving an average in line with female entrepreneurs in best-in-class peer countries translates to £200bn of new value to the economy. When the economy grows, the benefit felt to investors isn’t concentrated, it’s widespread, not least of all in tech.

This inequality is one of the biggest set-backs that technological advances face, and addressing this is about a loss to society and investors being recuperated. How many good businesses, products and potential successes have been lost as a result of the unconscious prejudice of investors? And how much might your portfolio have been worth had the trajectory for female founders been different?

We see many founders best solving issues that are close to their heart, based on experience. With the demographic of these problem-solvers limited, we limit the visions of their solutions. And given that 85% of all consumer purchase decisions are made by women, it only makes sense for women to have more of a voice in the products being offered.

But, in this Davina and Goliath narrative, there is hope. Entrepreneurism does not find success in the status quo, it is and has always been about doing something different; thinking about problems and solutions in new ways.

What can be done?

Businesses in the tech space, like Stakeholderz, with a programme of proactive events and engagement promote not only the female founders of businesses, but offer a platform for women who are role models in the tech and investing industries to inspire others. Approximately 26% of women study STEM subjects in the UK and vital initiatives like this help encourage them to move on from education into the workplace, and leadership roles beyond.

Sarah Turner, founder of Angel Academe says ‘Women entrepreneurs tell us they are over mentored and underfunded’, so now is the time to get closer to these startups through programmes like Stakeholderz’ Live for 5 pitch events, so that investors can ‘virtually’ give back to the business owners through online feedback and put some capital behind them. 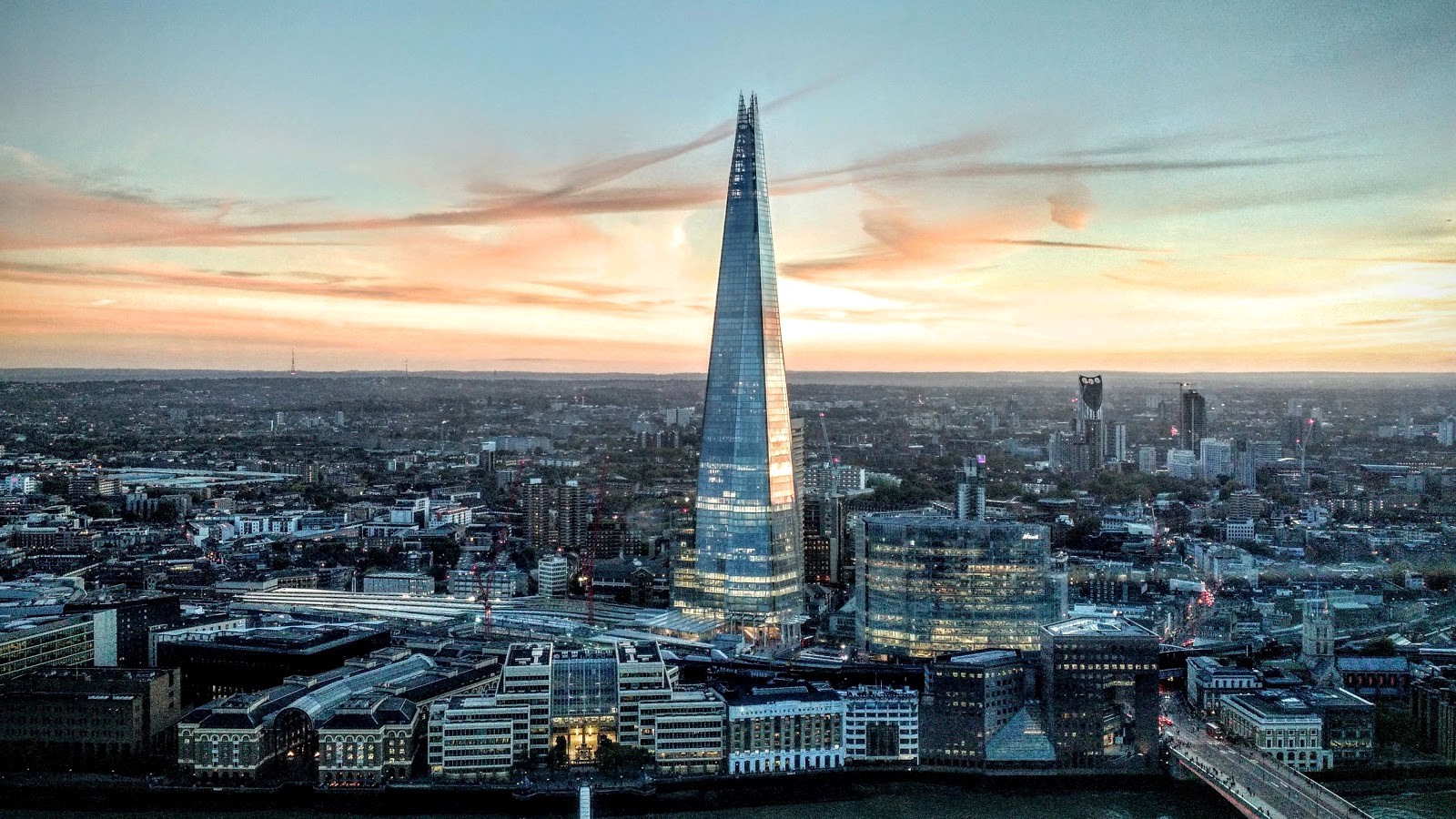 While we aren’t there yet, I’ll end with some optimism I draw from the wider world of investing, outside of tech.

Last year Beauhurst’s report on female entrepreneurs showed that 25% of the UK’s high-growth companies have a female founder and 14% of high-growth founding teams are all-female. Although in technology that number shrinks to just 7%, I look forward to seeing more inspiring female founders.

Leading companies and the top Universities have been pioneering fantastic scholarships, which inspire, equip and guide more young women to the top of this industry. The likes of PwC, Amazon Web Services, HSBC and more partner with the University of Birmingham to offer the Women in Tech scholarship, not out of altruism, but in recognition of the potential talent pool they are helping to create.

We’ve also seen Zurich recently increase job flexibility in advertised jobs to better accommodate the lifestyles and demands of all employees, which has led to a 16% rise in women applying for jobs at the company and a near 20% rise in the number of women seeking higher-paid management roles. 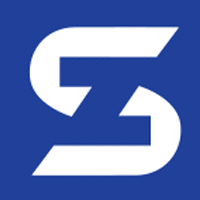