An open source platform to power the world's data economy

Streamr is building an open source platform that will power the world's data economy and give people control of their information.

Technology seems to be getting smarter and smarter. From our cars and homes, to buildings and cities.

All of these things are constantly evolving, being connected to the internet, which means that through almost every device we are generating and consuming data. But who controls and owns that data?

Streamr is building an open source platform that will power the world's data economy and give people control of their information. Streamr is working with companies to integrate its open source blockchain technology into all kinds of smart devices. It wants users to be able to easily sell and buy the data they produce, on their terms. Powered by Streamr's digital currency $DATAcoin, the data will travel through Streamr's decentralised peer-to-peer network.

The roots of the company go as far back as 2011, however, 2014 was the year that the Streamr platform came to life. The idea of tokenising data streams and targeting the crypto/blockchain space became part of the company's vision in 2016.

The founder of Streamr, Henri Pihkala, originally worked in algorithmic trading and knew how to manage all sorts of data streams. In 2015, the company thought "Hang on, couldn't we put this to some greater use?"

Shiv Malik, Head of Communications and Strategy at Streamr described the turning point of the company: "The Internet of Things (IoT) and smart cities made us realise that there was a greater use case for the data management we'd developed. In the modern world, machines need to talk to each other and they need to do that over an open source protocol because otherwise, what's the point in having smart cities if those IoT devices aren't having conversations with them?"

The aim of the company is to create a way of sharing data between IoT devices. Malik said: "It's the kind of infrastructure that will be the bedrock of a smart city." There are six different parts to the platform - the Data Marketplace, Streamr Network, Smart Contracts,Visual Editor, Ethereum and Streamr Engine.

The Data Marketplace is a universe of shared data streams that anyone can contribute and subscribe to. It categorises and showcases all the available data on the Streamr network. It acts as a common interface for bringing together data buyers and sellers who transact using $DATA.

The Streamr Network is the data transport layer. The real-time data travels through the decentralised peer-to-peer network. The layer has been built for real-time dApps and data streams on the Marketplace.

The Streamr Network sits on top of the blockchain for scalability and speed. It utilises smart contracts for the most security critical operations, for example, $DATA transfers.

While the Streamr system is blockchain agnostic, the first supported blockchain and smart contracting platform will be Ethereum. Streamr Network nodes will regularly interact with the Ethereum blockchain.

The Visual Editor is a usability layer and toolkit that enables development of data driven apps.

The Streamr Engine is an event processing and analytics engine that deals with information and accepts data from a range of sources.

A rapid increase in the number of data points means an increase in vulnerability. And as more and more manufacturers are falling victim to cyber crime every day, cyber security is becoming even more important. That's why Streamr has built-in end-to-end encryption into the Streamr Platform. Although it's an open source platform, the company has installed various encryption methods.

Malik explained the security myth of open source platforms: "Open source actually means the platform will be more secure. The things that get hacked are often because people have left bugs in their code. As everyone can see the code in open source platforms, there tends not to be as many issues with bugs and private backdoors."

Streamr believes collaboration is key. As such, the company has teamed up with Hewlett Packard Enterprise, Nokia, Smart Citizen, Fysical, OSIsoft, and Daisy AI.

The smart city of the future will be an urban area that uses different types of electronic data collection, that will supply information to improve different aspects in our communities from pollution monitoring to building traffic models. This data will then be used to manage resources efficiently.

Malik tells us more about smart cities and Streamr: "How do you build a smart city? Do you knock down buildings? Do you dig up roads? We have so many different things that produce data. Take a car, for example. Your car produces data but it's stuck in the car. Your phone and computer are connected to the internet so there's loads of data from that. But there are many things that aren't connected to the internet. The most basic problem is, how does one car communicate with another? People can come up with their own solutions but how many of those solutions will work?" 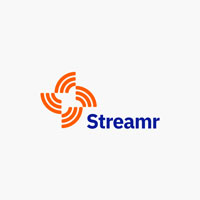