The UK should take advantage of new post-Brexit freedoms to create a world-leading copyright system, Fixing Copyright, a new report by The Entrepreneurs Network think tank argues. According to the report, modernising copyright would provide a boost to the UK’s artificial intelligence startups.

Breakthroughs like OpenAI’s DALL·E, which has been trained to generate complex images from oddly specific text prompts, face massive uncertainty about their legality in the UK. AI companies often do not know whether or how their algorithms are infringing on copyright, which is encouraging them to be less transparent about the datasets they use to train them.

To remove this uncertainty, the report proposes introducing an exemption from copyright for all text-and-data mining, including for-profit uses, which would provide greater certainty for AI companies than in the EU or US. Such a move would make it easier for AI startups to compete with tech giants such as Google and Facebook who already possess massive amounts of user data.

Under the status quo, copyright infringement is widespread. Many users infringe copyright without realising, for instance copying a song from a CD to an MP3 player is against the law. A spate of copyright lawsuits in the past two decades have set a precedent for minor aspects of a composition to be the basis of successful infringement cases, with abstract elements like just the 'feel' of a song rather than the melody or lyrics becoming sufficient to win an infringement case.

For example, Pharrell Williams’s and Robin Thicke’s song Blurred Lines was deemed to have infringed upon Marvin Gaye’s Got to Give it Up, despite some experts arguing the songs only similar in ‘groove’.

The report’s author, innovation historian Anton Howes, believes that new technology may end the era of mass infringement. He warns that, without reform, this could have a chilling effect on creativity. Due to high legal costs, infringement cases are typically only brought against the most successful artists, but new digital technology, by lowering the costs of identifying infringement, will make it easier for rightsholders to threaten all potential infringers no matter how small. We may be about to enter an age of mass enforcement.

Copyright also lasts for a very long time. On January 1st, Pygmalion and Animal Farm finally entered the public domain because their authors died 70 years ago. Filmmakers, authors, and playwrights will now have the freedom to reimagine those works without the permission of the authors’ estates. For example, one of the year’s most anticipated books is Michael Farris Smith’s Nick, a prequel to The Great Gatsby that could also only be published in the new year for copyright reasons. The death plus 70 years rule means that many written works are restricted for well over a century, with similar durations for other kinds of creative work.

Unlike The Great Gatsby, however, most creative works are simply unusable, as their owners cannot be traced. There are an estimated 91 million of these 'orphan' works, but only 1,100 have been registered on the government’s Orphan Works Register since it was established six years ago. To solve this problem, the report proposes an overhaul of how orphan works are treated by limiting liability for works that are not registered on the government’s Orphan Works Register.

Many of the recommendations from past government reviews into copyright policy such as the Gowers and Hargreaves Reviews of over a decade ago have still not been implemented, or only partially so. And technology has moved on since then too.

Brexit, however, presents an opportunity to reform the UK’s copyright laws and develop a world-beating intellectual property regime. The UK can implement the best aspects of the EU’s Copyright Directives such as a focus on promoting originality and allowing format shifting, while avoiding the EU’s ‘meme ban’ and the controversial ‘Links Tax’ for news publications.

Dr Anton Howes, author of the report and Head of Innovation Research at The Entrepreneurs Network said: “Copyright reform is more urgent than ever. It affects our economy in more ways than people realise, and if left unheeded can become a major barrier to innovation, creativity and growth. With recent changes to technology, the system needs to be brought up to date, and I hope this report will at least stimulate a debate as to how.”

Matt Ridley, Author of How Innovation Works said: "Copyright law is badly out of step with the way the real world actually works, leading to mass breaking of the law by almost everybody, but with a growing threat of mass litigation by the powerful. Neither is a good thing. As Anton Howes argues, there is a golden opportunity as we leave the European Union to reform copyright law in an area where Britain can be a world leader. Copyright should be about encouraging innovation and creativity, whereas at present it often stifles them."

Sam Dumitriu, Research Director of The Entrepreneurs Network said: “The UK’s departure from the EU is a great opportunity to look again at the UK’s copyright laws. We can pick and choose the best aspects of the US and EU systems to create a world-leading system.

"By creating a copyright exemption for commercial text-and-data mining, we can make Britain a more attractive place to build the technologies of the future such as AI and Machine Learning.” 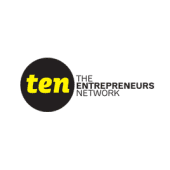 The Entrepreneurs Network is a think tank for the ambitious owners of Britain’s fastest growing businesses and aspirational entrepreneurs.