Never again be an inadequate gifter

15Gifts was started seven years ago by founder, Tom Cox, when he had the idea to create the first intelligent gift finding engine.

The original website was built in 2010 and the purpose of the engine was to replicate the psychological principles that happen between a customer and a retail agent when in store. Within the first three months of the website being up and running, the company was approached by a couple of large companies interested in licensing the technology to see if it could be adapted to sell other products. From that moment onwards, Cox has been building the company organically and almost unheard of for a startup, has not received any funding. The company has grown from two to 36 people thanks to the number of key partnerships including O2, Sky, Virgin Media, BT and The Times. As none of the partners have ever stopped using the engine, 15Gifts has always received a repeat revenue which has enabled them to continue without raising funding.

As a crazed shopaholic who regularly loves a browse, I'm constantly being pounced on as soon as I walk into a shop. I'm sure most people would agree that it almost puts you off buying anything, and it makes me want to turn around and walk straight out of the shop (but like I said, ‘almost'). It is much more professional when shops have experienced sales assistants who know just when to come forward to help. 15Gifts recreates these key psychology principles that happen naturally within a successful customer – agent interaction. The engine quietly monitors the behaviour of the customer up until the point that a behaviour of assistance is identified and then help is offered. The engine waits until the optimum point of engagement to begin a conversation with a tailored message which is then followed with key questions to understand each individual customer's needs. The algorithms behind the engine learns from every user's decision to constantly improve the recommendations being presented.

"There was only two of us at the beginning, so it was a bit of trial and error when it came to understanding the market fit, and identifying what was missing from similar products already out there. We became obsessed with trying to figure out a way we could develop a product that bridges the gap to human experience and allows intelligent recommendations to be made based on the buying behaviour of similar individuals," said Cox.

Cox's advice to startups currently going through the hiring stage is: "When you make a good working environment for your staff, they won't want to leave which has been the case for us. Over time, as the startup begins to establish a name for itself in the industry, the word gets out that it's a good company to work for so the application quality dramatically increases."

Like most companies, 15Gifts does have competitors, however the company differentiates itself from these, due to the machine learning element of its intelligent conversational commerce platform. Rather than being a static or dynamic configurator (using either fixed journeys or fixed business rules) the 15gifts technology uses intelligent optimised guided selling utilising machine learning.

"At the beginning, the biggest challenge for us was gaining the trust of the large organisations we were working with. We didn't have that classic startup phase of start small, get your confidence and work your way up from there. The upside of that was that we established the company as a top end brand, working with the biggest companies – which helps you gain more clients, " Cox said. "Working with big companies means you have to be reputable and trustworthy on every level. This was a challenge when dealing with our first ever client as we were failing and learning things all at the same time which is completely normal for any business. However, we were doing these live on some of the biggest accounts."

In the first five years of the business, the company did not have a sales team. Uniquely, the company managed to progress solely on word of mouth throughout the UK. However, 15Gifts are now focussing on international growth. Also on the table is the idea of opening a London office to attract a range of talent that differs from its current location in Brighton.

The company is also focussing on building different versions of the engine designed for retail shops and call centres, which use the same level of intelligence and psychology but will be delivered in a completely different way. 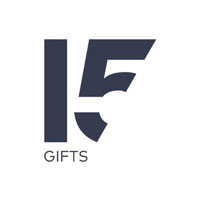