UK businesses are at risk of losing employee trust through choosing to abstain from reporting their gender gap figures, following on from the EHRC’s second deadline extension. Government figures show that nearly half of 10,000 eligible employers chose not to submit their pay gap figures last year - equalling to nearly 5,000 businesses that possibly have something to hide.

Rebecca Hourston, Women’s Leadership Expert at Talking Talent is calling for leaders to go against the grain and look beyond what is legally required and do what is ethically right.

Rebecca Hourston commented: “This complacency sends out the message that businesses are disregarding the importance of achieving gender equality. Instead of hiding behind government policy, employers should face the issue head-on. It’s time for organisations to be honest with themselves and with their employees - only then will real change take place.”

As part of International Women’s Day 2021, businesses are being challenged to reposition their priorities around workplace diversity and face up to those difficult but honest conversations - and delivering the bare minimum will not be accepted. Each success from here is a further challenge to do better. As an example, the number of women on boards in the UK has risen from 682 to 1,026 in five years - but just having more women on boards is not an excuse to down tools and consider progress complete. Being inclusive means widening the focus to all members of the workforce.

Women have been disproportionately affected by the pandemic. Data from Women’s Budget Group has revealed that around 133,000 more women were furloughed than men during the first wave of the pandemic, and in fact, women were the majority (52.1%) of workers put on furlough across the UK in March to August 2020. And shockingly, women were spending 44% more time on housework compared to men in March and April.

Whilst several reasons have been given to explain this disproportion, the focus for leaders should be to acknowledge the potential disparity and choose to do something about it. Out of 3,000 managers surveyed by the Chartered Management Institute, 63% said they expected to see redundancies in 2021, but 80% of those admitted that their company had not taken steps to ensure losses did not fall disproportionately. It is this pattern of inaction that Talking Talent is choosing to challenge.

The concerns within the female workforce continue beyond this initial period. Deloitte’s latest report revealed that 82% of women said their lives have been negatively disrupted by the pandemic - and nearly 70% of these women are concerned that their career growth may be limited as a result.

The fragile trust among the workforce is at risk of being shattered by businesses’ failure to take a stand and choosing the easy options, not necessarily the right ones. The decision not to submit pay gap figures can lead to further questioning. Secrecy is infectious, if companies are prepared to hide this vital information, then people might question what else could fly under the radar.

Hourston continued: “Above all, it’s imperative that organisations be completely honest about the progress being made. Without these candid and transparent discussions, businesses will fail to trigger real change and fully support their employees. Ultimately, it will be those honest and nurturing organisations that will be built for long-term, sustained success, particularly in times of turbulence and uncertainty.”

Businesses must look to those already reaping the benefits of a central gender-diversity and inclusion ethos. The achievements of Whitney Wolfe-Herd and Bumble, for example, are a business landmark in terms of workplace inclusion and diversity. Companies should take note of Wolfe-Herd’s achievements and attitude to inclusion and diversity, it has been incredibly powerful for her success.

“The delays in pay gap reporting reinforces the attitude that this issue is ‘less important’ than other challenges in our current society. It is true that this reporting isn’t going to be at the top of everyone’s priority lists - especially in light of the past year’s challenges - but if it’s not taken seriously, the repercussions could be immeasurable for organisations. In the same way that individuals should prioritise their health - even when other responsibilities press for attention, businesses should prioritise staff equality in the same way,” Hourston added. 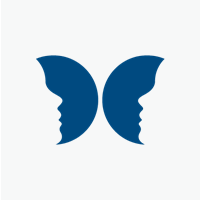 Talking Talent is a global coaching consultancy leading the gender diversity agenda. The company work with clients to unlock the potential within their business and make company-wide behaviour shifts that accelerate business performance.

For more than a decade, Talking Talent have worked with organisations on tailored coaching programmes that help them to retain talented individuals, increase their effectiveness and ensure that the benefit ripples throughout its business. Talking Talent have coached in the region of 19,000 women, working parents and line managers, and on average save over £150m a year across our clients in retention alone. Talking Talent’s best practice solution includes a fully blended digital coaching offer that is available globally, 24/7.