ÜberEnergy develops artificial intelligence algorithms that predict energy requirements for residential and commercial buildings. The artificial intelligence engine uses information such as weather patterns and forecasts, current indoor and outside temperature, human building occupancy, electrical usage patterns, along with a myriad of other data points collected by the system to produce predictions of future energy consumption requirements.

Many of these data points can be obtained from the internet, some from subscription services such as cloud cover on an hourly basis, and others are collected from data users. The prediction information output is then used to steer devices such as heating/cooling, solar panels, and electric car chargers.

“For instance, if an electric car is connected to a home's charger and the car is not expected to be used until the next day, it could make better sense to divert solar electricity to the home's batteries for later usage in the kitchen for dinner if cloudy weather is predicted for later in the afternoon. Or if a teacher does not start class at the same time every day our system could learn when and predict the best time to reduce heating in the winter to save energy without students having to come into a cold classroom.” explained Co-founder and CEO of ÜberEnergy, Rolf Behrsing, who studied Computer Science at the University of California Berkeley.

Behrsing explained: “The seed for the idea came from building my house in California - not something Americans typically do. But I had an opportunity. Making the house energy efficient was really important to me. I hired guys who really knew what they were doing, but even they would skip insulating hard-to-get areas. Based on this, it would be impossible to work out how energy efficient any house really is.

“I’m a Silicon Valley professional - first in software engineering and later in business development for a range of tech companies - and I wanted to apply that kind of process to the problem. Then I had the idea that if I can measure the actual thermal resistance, I would know exactly how energy efficient a house is. I developed the hardware and software to do that but then realised there is no thermostat smart enough to apply this, and that I would need detailed analysis to maximise efficiency, and that led to exploring artificial intelligence.”

Behrsing also works with his Co-founder and COO of ÜberEnergy, Dominika Bienowska who holds a PhD from the Institute of Molecular Pathology (IMP) at the University of Vienna and an MBA from The European School of Management and Technology (ESMT) in Berlin.  The UberEnergy team has fluctuated in size from its inception. The company started working with Humboldt University and Professor Marius Kloft who teaches machine learning and artificial intelligence at Humboldt.

“He was generous enough to assist in recruiting students for our startup and also provide knowledge from his own research to guide us. My philosophy is to outsource elements of our project to people who are experts in the field. So instead, hiring specific talent at 100% employment, we will hire an expert to solve a particular problem. For instance, our app development was outsourced to a great company in Poland that had experience doing the type of work I was looking for,” said Behrsing.

The biggest hurdle ÜberEnergy has faced so far has been its unexpected staffing challenges. The company found that there was not many data scientists with the level of experience it required, readily available, whether in Berlin or Silicon Valley. So when ÜberEnergy lost one of its employees due to personal reasons, the team had to think of ways to transition projects in a more fluid way.

ÜberEnergy received EXIST funding from the German Government. The company learnt about EXIST and funding options from one of the professors at the ESMT - Stefan Wagner. He was essential with connecting the team to the right people and helping with the network. ESMT continued support via the alumni network providing contacts of ESMT alumni as well as mentors.

Bienowska said: “ESMT provided a very constructive environment where the concept of becoming an entrepreneur became possible. ESMT provided a great networking environment that exposed me to Berlin founders, startups as well as the funding opportunities.”

I asked Behrsing one of my favourite questions when interviewing startups for the magazine. If you had to do it all over again, would you do anything differently? If so, what would it be?

He said: “I mentioned that I would have liked to be better prepared for staffing changes and the challenges that creates in our highly specialised field. Other than that, I probably wouldn’t change anything. I think life and business is not very predictable and if one tries to plan for everything one has trouble getting anything done. The best way to approach a startup idea is to first understand it, plan the first steps as best one can, and then just go for it and learn as challenges and the unexpected come your way.” 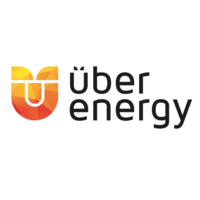 ÜberEnergy is an energy efficiency startup who as of 2016 transitioned from the Silicon Valley to Berlin to benefit from a very favourable and progressive political environment for energy in Germany. ÜberEnergy uses Machine Learning (Artificial Intelligence) to understand the real energetic needs of a residential and commercial buildings. The energy prediction engine allows for adjusting how much electricity and heating/cooling is needed based on the actual human occupancy and thermal behaviour of a given room, living, or working area.

To achieve this goal, ÜberEnergy has developed cloud connected hardware with advanced sensors collecting information about actual energetic needs. ÜberEnergy system helps reducing energy waste such as improperly heating a home or heating unused spaces. In many cases this technology can actually increase the perceived comfort of individuals because it can provide a more uniform temperature through the building than conventional systems are capable of providing.