Managers fear employees are at risk of burnout during COVID

Research has revealed that 47% of managers believe their employees may be at risk of burnout, following a change in work pattern or behaviour bought on by COVID-19. Over a third (36%) of British employees stated that their mental health and wellbeing has suffered as result of working longer hours during COVID-19.

Those working remotely recorded a 35% increase in productivity, and an overwhelming 87% of these respondents have felt the pressure to keep productivity levels consistently high to prove the case for working from home post-COVID-19.

Despite ‘burnout’ not being a new phenomenon - identified as early as 1974 - the World Health Organisation (WHO) has only officially recognised burnout as a legitimate medical diagnosis in its eleventh edition of the International Classification of Diseases (ICD-11) in May of this year.

According to WHO; burn-out is a syndrome conceptualised as resulting from chronic workplace stress that has not been successfully managed. It is characterised by three dimensions:

Sam Walters, Director of Professional Services at Robert Walters commented: “There is no denying that mental health and wellbeing has been on the agenda for most employers - even pre-COVID-19.

“Many of these policies were geared around personal mental health issues - such as depression and anxiety - which have an impact or were exasperated by work.

“Burnout is an entirely different and recently recognised condition which, unlike other mental health issues, can be directly linked to work. As a result, employers have a crucial and central role to play in order to ensure their staff do not reach the point of burnout.”

Whilst two thirds of professionals (61%) believe that wellness policies are important, just a third of companies offer what is required by law. According to the Robert Walters’ Burnout Guide, there are six key areas which can lead to or exasperate workplace burnout.

Since remote working began, 21% of professionals claim that the pressure to deliver results has caused a negative impact on their mental health or wellbeing.

Walters added: “Occasional tight deadlines are expected in any business, but burnout occurs when your employees simply have too much to do, or lack the resources, skill or ability to do what’s required of them in the time allotted.”

2) Lack of autonomy and control

Over a quarter of professionals (26%) stated that more autonomy whilst remote working was a key factor in their increased productivity. When asked about expectations for the future of work, 29% stated that they would like more autonomy and trust given by the management team.

Walters added: “Only 18% of the professionals we surveyed strongly agree that their roles and responsibilities were conveyed appropriately to them in the job description and during the interview process.

“This is troubling because a major cause of burnout for many employees is feeling a lack of control in the workplace - whether it be a lack of autonomy in how they do their work or even a lack of control over their future career prospects.”

According to Robert Walters findings, 55% of employees are less likely to burnout if they strongly believe their performance metrics are within their control.

According to a Robert Walters survey; less than 7% of professionals have a clear idea of what it would take to be promoted or to receive a bonus, and nearly a third feel that they are not paid competitively.

Walters added: “Ensuring your employees feel they’re rewarded fairly for their contributions is a key way to improve job satisfaction and help them avoid workplace burnout.

“It’s important to reward results rather than just the number of hours spent in the office. Combating a culture of presenteeism is essential to creating a positive working environment and preventing burnout.

“However, rewards don’t always have to be financial. They can be social (in the form of praise or positive feedback) or intrinsic (feeling proud of the result of your own hard work). There are several ways to ensure your employees feel they are being rewarded for the many hours they spend at work.”

In the report, 73% of professionals stated that they feel it’s important that their company organises team bonding activities. However less than half (43%) of businesses take the time to plan such activities or days.

And 80% of professionals also highlighted the importance for managers to have an open-door policy in order to prevent frustrations building up; however over a third felt that they could not approach their leadership team on mental health related matters.

Walters added: “People want to come to work and be amongst colleagues who they enjoy and respect. While hiring for culture fit raises its fair share of problems (as it can undermine diversity), there are other ways to ensure your business has a sense of community where everyone belongs.”

5) Lack of equal opportunities and fairness

Walters added: “More than a third of those surveyed said that employees weren’t treated fairly in terms of reward in their workplaces. Allowing ambiguity for promotion within your business could easily lead to situations that may be interpreted as unfair. Burnout can easily occur for individuals who feel they are a minority within their workplace.”

42% of survey respondents revealed that they prioritise working for a mission-driven company over other incentive items such as salary or benefits.

Walters commented: “More and more, we see candidates wanting to work for companies that have similar values and will give purpose to their careers. Having an authentic purpose is a must-have for any business looking to attract top talent, and this message needs to be communicated clearly with job seekers and employees alike.” 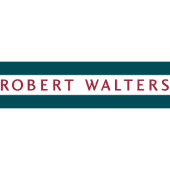