Londoners are huge cryptocurrency fans, having bought more of the digital asset than any other region in the UK according to a new national survey, while cautious Scots have bought the least.

The survey of 2,000 Brits, commissioned by money app, Ziglu and conducted by OnePoll, found that three in ten Londoners (30%) had already bought cryptocurrency, yet only 7% of Scottish people had invested in it, followed closely by the south east (8%) and Wales (9%).

Other than London, the regions with the highest numbers of crypto investors are the East Midlands (15%) and Northern Ireland (15%).

Despite having bought the least crypto, Scots who had not bought any were the most curious about doing so (38%), followed by Londoners (35%) and Northern Irish people (35%). But more than half of those living in East Anglia (56%), Wales (54%) and the South East (52%) declared that they would never buy cryptocurrency.

Mark Hipperson, Founder and CEO of Ziglu, said: “When Elon Musk’s company Tesla bought $1.5bn of Bitcoin, it was yet another step towards mainstream acceptance of cryptocurrency. Now that we’re firmly on that track, this survey shows how important it is to spread the word beyond London and across the whole of the United Kingdom about how easy and safe it is to buy crypto.”

The survey also revealed a gender divide on the reasons for buying crypto. Men mainly bought crypto to make money on it (53%) while women chose to invest after hearing positive feedback about it (45%). 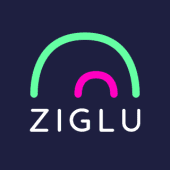 Ziglu provides a digital platform that enables customers to exchange fiat currency for cryptocurrency - Bitcoin, Ether, Litecoin and Bitcoin Cash - with zero hidden fees or transaction charges, and to monitor their balances in real time.