London Tech Week has announced plans to definitively map the UK tech scene highlighting and promoting the best businesses, innovators and thinkers operating across the country.

Over the next 12 months, London Tech Week and UK Tech Cluster Group will explore the unique ecosystems and tech trends in every region of the UK. From space tech in the South West to cyber security in Northern Ireland, 12 Clusters of Tech charts the companies, sectors and case studies that make up the entire UK tech landscape.

The initiative will shine a spotlight on businesses highlighting startups, SMEs and the established bigger companies who together form the engine room of Britain’s booming tech sector.

This work will also become a unique resource for investors, the media, tech stakeholders and other groups who have an interest, vested or otherwise, in tech enterprise.

London Tech Week Festival Director, Suzy Pallett, said: “London Tech Week has always been about celebrating the very best of UK tech and we believe this initiative will take our understanding of what this country has to offer a stage further.

“If you’re interested in the north, the south, the east or the west we’ll have it covered showing the very best in innovation and highlighting hotspots of tech specialism across the different regions.”

David Dunn, Chair, UK Tech Cluster Group, said: “I am delighted we are partnering with London Tech Week for the development of 12 Clusters of Tech. We will be highlighting some of the amazing companies from across the UK and showcasing technology to the rest of the world. From exciting startups to established employment powerhouses, there is a lot to be proud of across our ecosystems and we will be telling the story by putting businesses in the spotlight.”

If you run a tech business, large or small, and are passionate about the sector get in touch at info@londontechweek.com.

The initiative kicks off this month in the North East, which is not only transforming the face of the region itself but is having a sustained impression on the world. Startups, scaleups and established leaders alike work with some of the planet’s biggest brands and have an international reach, which seems to know no bounds.

The 12 Clusters of Tech initiative is announced by Informa Tech as London Tech Week 2020 comes to a close. The event showcased the very best in global tech and how it will play a crucial role in helping us navigate the challenges facing our changing world.

We also heard from key names in tech including former Google CEO, Eric Schmidt, CEO of Twitter Jack Dorsey and the Director of AI at NHSX Indra Joshi.

Stephanie Monty, CEO and Founder said: “The whole Elevating Founders experience was fantastic for us. We had some amazing feedback, and really felt that the judges had recognised what Ostique is trying to achieve, which was tremendously rewarding.

“Participating in a virtual competition was certainly a new and different experience for us, but on the plus side it minimised our travel time! Whilst we definitely missed the buzz of going up against other competitors in person in front of the judges and investors, it was still a great platform and we managed to network and connect with everyone involved.”

London Tech Week partnered with .TECH Domains to launch the new news site. Suman Das, Brand Director at .TECH Domains, said: “We are thrilled to be powering London Tech Week’s first fully functional news website. What sets londonnews.tech apart is its localised nature. At .TECH Domains, we are always looking to fuel avenues that nurture cutting-edge innovations and support tech innovators. With londonnews.tech, we will be moving a step closer towards that.”

London Tech Week’s Festival Director, Suzy Pallett, echoed this sentiment saying: “The overwhelming response we’ve had to our virtual events has highlighted a real demand from our attendees to be engaging throughout the year. londonnews.tech is another step in London Tech Week’s mission to become a year-round community resource, with the annual festival serving as a culmination of these efforts rather than a standalone event." 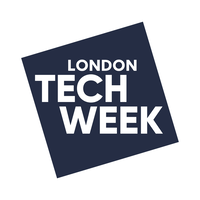 London Tech Week is a unique festival connecting science and creative minds, corporates and startups brought to you by Knect365 and London & Partners.