Know your redundancy rights in a volatile climate

With record numbers of job losses as the coronavirus takes a continuing toll, employers and employees are being reminded of the need for clarity on their responsibilities and rights in Settlement Agreements and redundancies.

A record 370,000 redundancies were recorded in the three months to October 2020 and figures from the Office for National Statistics (ONS) showed the unemployment rate rose to 4.9%; its highest level since November 2016.

Settlement Agreements, previously quite low profile arrangements between employers and employees, have become increasingly common parts of people’s lives as growing numbers face losing their jobs.
.
Kerry Hudson, Solicitor in Employment at Brindley, Twist, Tafft & James (BTTJ), of Coventry, said, she had never been so busy giving advice to employers and employees.

“The pandemic period has seen monumental challenges for both employees and employers, and sadly job losses are a result of that,” said Kerry, Head of the Employment department at the 200-year-old firm.

“I have never experienced such demand to provide advice to both employers and employees, often at very short notice.”

Kerry is asked to regularly advise on Settlement Agreements, where there is an agreement made to terminate employment, on agreed terms.

“On the employer side this has often been advising them on process, and with employees it is ensuring they are fully aware of the terms and effect of any agreement being offered to them.”

There is no requirement to enter into a Settlement Agreement when an employment contract terminates but often employers like the assurance that there is a ‘clean break’ with the employee, in effect, agreeing not to bring any claims against them - regardless of whether the parties consider there may, or may not  be a claim.  For employees this may include  an enhanced settlement package.

However, despite the apparently straightforward process, Kerry said she had spotted some tell-tale signs employees should be aware of.

“95% of the Settlement Agreements we have reviewed during this period have needed amendments, to clarify and fully ensure the agreement encompass the entire agreement between the parties such as garden leave, agreed references, holiday and notice pay,” she added.

“Any on-going restrictive covenants also need careful consideration. We have also seen that some employers do not appreciate the ACAS guidelines that an employee should have ten days to consider the offer and often employees call up in a bit of panic trying to get it signed off within 48 hours.”

Kerry said she has seen a trend that many large employers are now leaning towards the use of Settlement Agreements in addition to (instead of) simply relying on following the redundancy guidelines.

“Larger employers usually favour this route and may provide ‘enhancements’ to encourage settlement. The employer will usually propose a settlement, and this is then negotiated and agreed upon, with employees required to take legal advice to ensure they understand the terms and effect of the agreement before signing. Usually, the employer contributes towards the cost of getting that advice, which most often covers the full cost of the advice.”

Rules around redundancy have remained set for many years but Kerry says it is vital both parties understand the requirements and entitlements.

“Making mistakes, even if they are genuine oversights, can leave an employer open to an Employment Tribunal claim. These claims are expensive, and regardless of who may ‘win’ the normal order is that each party remains responsible for their own legal costs.

“Employers must ensure they go through a fair process, selection criteria and consultation, offering alterative employment where they can,” she said. 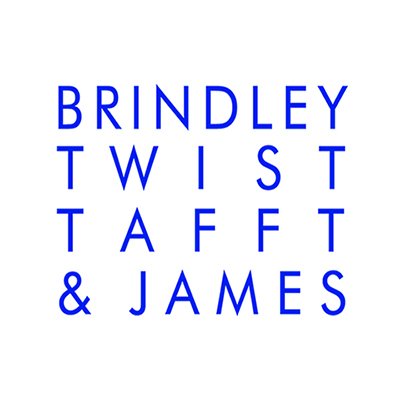 Brindley Twist Tafft & James LLP is a long established firm of Coventry solicitors which can trace its origins back over two hundred years.

5 ways to keep your digital nomad well this summer

Habits that can make or break your startup