Black Tech Fest (BTF) is a first-of-its-kind digital conference and movement aiming to help Black professionals expand their network and influence while celebrating the boldest innovations created by the Black community.

Running from 13th-15th October, in the middle of Black History Month, the timing could not be more urgent. This year has been a turning point for Black people. As a matter of necessity the Black Lives Matter movement has proliferated in 2020, while COVID-19 is disproportionately affecting BAME people. Black and minority ethnic people are twice as likely to be unemployed or live in poverty as a result of the pandemic.

BTF, alongside being a place where innovation, creativity, and excellence are celebrated, is a platform for Black people in the UK to voice their concerns to executives from some of the world’s leading companies.

Diversity in tech has a long way to go: Only three percent of the UK’s tech industry are Black and minority ethnic. They are three times less likely to be employed after graduating from university. Only one percent of venture capital goes to Black founders. It is this and more that BTF will discuss, with no holds barred, over three days.

Alongside this pressing discussion, Black Tech Fest will celebrate the diversity in tech that we do have, featuring executives from Microsoft, WPP, Adobe, DeepMind and Box.

It is built around three main pillars:

Black Tech Fest will host roundtables with Government, HR Leaders, and Venture Capital firms to discuss how the entire tech space can go beyond advocacy and commitment, and instead, use its collective platforms and brand to drive a wider discussion and meaningful, tangible, long term action that makes a difference to the lives of Black people in the UK.

Black Tech Fest is brought to you by Colorintech, European non-profit focused on increasing diversity in the tech, and Informa Tech, the FTSE 100 media group which operates events and exhibitions across a range of sectors. The event aims to be a platform for advancing the conversation of inclusion and creating meaningful change.

Black Tech Fest Chairman and Founder of Colour In Tech, Dion McKenzie said: “We created Black Tech Fest as we believe that Tech has a huge role in both amplifying systemic issues of inequity but creating new innovations to solve it.

"Traditionally, initiatives around people of colour tend to be internally focused rather than using their collective platforms to drive a wider discussion. Black Tech Fest will be a huge opportunity to take this conversation global.” 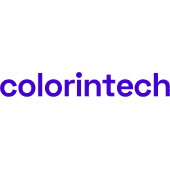 Founded in 2016, Colorintech is a non-profit founded by tech executive and investor Dion McKenzie and ex-Google Ashleigh Ainsley. Working towards a more transparent and inclusive tech industry, Colorintech focuses on advocacy, data and programs that help create tech careers for underrepresented individuals.