Improving recycling across the board

When you consider just how much of our daily lives is now dominated by electronics, it shouldn’t really come as a surprise that globally, e-waste is now the fastest growing waste stream – a problem exacerbated by the fact that we are living in an increasingly ‘smarter’ world where electronics are now integral and essential to daily life, while at the same time, are infinitely more disposable.

There are significant amounts of precious metals that go into the 18 billion square metres of PCBs that are manufactured each year. In order for those precious metals to be recycled, they have to be separated from the PCBs’ other primary materials – namely fibreglass and epoxy – which enter the same waste stream as plastic.

To extract the precious metals the PCBs have to be shredded down and incinerated – a very environmentally unfriendly process, which takes place at sites like Agbogbloshie (pictured above), the world’s largest e-waste dump, located near Accra, the capital of Ghana. Indeed, 64% of e-waste shipments that currently leave Europe are sent to Africa.

To paint an accurate picture of these e-waste dumps, Agbogbloshie is more commonly nicknamed Sodom for its open fires that are used to extract the precious metals from old electronics. Some 250,000 tonnes of electronics and appliances are sent there every year. The scrap that is extracted here is sold to metal traders and exported as raw materials. Developed countries are not immune from the impact of e-waste either. Seventy percent of all toxic materials in landfill now come from e-waste, presenting a major environmental issue.

In addition, only 17% of all e-waste is actually tracked from its source of collection through to the recycling process. The rest is lost along the way, which includes illegal exporting to developing countries, where it’s then processed by hand and sold back onto the black market.

The impact of this is not purely environmental, as the value of the precious metals, such as gold, silver, palladium, etc is also lost. A recent report from the UN, The Global E-Waste Monitor 2020, revealed that there is $10bn worth of potential market value of e-waste which could be recovered from landfill or parts of that recovery chain.

Startup Jiva Materials is raising awareness of the inefficient handling of e-waste and has developed a new material to offer a solution - Soluboard. Patent pending, it is a competitively priced, flax-based product that is fully biodegradable, non-toxic, and has been designed to make PCBs fully recyclable.

The organic structure of Soluboard means the non-toxic ingredients begin to delaminate when immersed into hot water. This allows the flax fibres to be composted or repurposed and the electronic components to be removed for re-processing and recycling, without the need for any carcinogen creating incineration. We speak to Co-founder, Jack Herring, who was tasked with optimising a waste stream during his time studying product design at the Royal College of Art.

He commented: “Being a designer, I decided to reinvent the circuit board from the bottom up, and this all starts from the PCB substrate which is currently made out of fibreglass and an epoxy resin which are very difficult materials to recycle.”

The natural fibres that constitute the Soluboard are not only biodegradable but also have a much lower carbon footprint, and crucially, are dissolvable in water. “I got the idea from some work experience spent in the textile industry and took it to my tutor as part of my final year project at the RCA,” Herring continued. “I was advised to file a patent in time for the end of year degree show, which was actually filed on the same day that the show opened.”

Herring took the decision to focus the Soluboard around flax due to its mechanical properties and because of its light weight. “This translates into carbon savings because we’re able to ship more material in bulk, for the same weight.”

He added that once a board is made, it is then shipped to an electronics manufacturer and put through the standard fabrication process to produce the circuit boards. Herring added. “The main target that we’ve set ourselves internally is making sure that our Soluboard is compatible with existing PCB production processes.

“I wanted to keep it as similar as possible as it made sense for us to licence this technology out to producers of the existing material so it can be made in those same factories, but with our ingredients shipped in as a like-for-like alternative.”

As mentioned previously the existing process of recycling PCBs involves incineration and shredding, which consists of large container loads of circuit boards being shredded down and the glass fibre and epoxy burnt and incinerated away, leaving just the precious metal as a very fine dust.

Despite being very environmentally unfriendly, it is also far less efficient than Jiva Materials’ Soluboard solution. “Our material allows you to remove the components in their whole form, without having to shred the board down, so there’s a lot less wastage in that recycling process,” Herring added. “Not only is it much cleaner, there is a clear economic benefit, because components can be removed without incurring any losses to the burning process.”

Herring explained that the first mission for Jiva Materials is to get a product onto the market, and then throughout the lifetime of that product the company will optimise the recycling process - he explained that early numbers suggest that it’s significantly better in terms of the recovery rate of precious metals.

Following his time at university Herring raised some pre-seed investment through InnovationRCA, the Royal College of Art’s incubator based in Battersea. “I was able to raise just over £50,000 which allowed me to meet my Co-founder, Jonathan Swanston, who has been very important in helping to grow the company and get the product to the point of commercialisation,” he added.

Jiva Materials has also recently closed a seed investment round, which was led by Sky Ocean Ventures, the VC arm of Sky. The company managed to raise £750,000 in that round, which has allowed Herring and Swanston to grow the team and speed up the company’s route to market.

He added: “We’ve also been able to secure an Innovate UK grant at the end of last year. That’s a 30-month project, focusing on being able to make Soluboard in the UK, ironing out the supply chain and making sure that we can recycle at scale.”

Jiva Materials has received plenty of interest from the electronics industry from potential customers in various sectors. The circuit board industry is immense, and as such, the company’s initial focus will be on domestic appliances and white goods. Herring added: “For example, LED lighting is a big problem currently and there’s been a lot of lobbying in that space in terms of how it is disposed of in commercial spaces. In hotels for example, if there is a lighting refit, they usually just strip out all of the LED lighting which typically ends up in a skip.

“So, we need to completely rethink this waste stream and implement a circular economy for electronic goods and similar products. It’s definitely a problem which is becoming more publicised. What I would like to see is people becoming as aware of the e-waste issue as they have of the plastic problem in the past few years.

“E-waste is a bigger problem, but it’s hidden away deep inside our products which you don’t see. You can make a direct choice not to buy a plastic bag but you don’t really have a choice of what goes into your technology, so it’s very difficult to have a direct impact if you’re just a consumer.”

The majority of interest is coming from Europe and specifically the UK, as Herring explained: “Initially, we were always targeting Europe as our first area to tackle because the infrastructure of take-back schemes and circular economies is a lot better in this part of the world. In order for companies to actually benefit as much as possible from this technology, there needs to be some sort of take-back scheme in place.”

A good example of this is with Jiva Materials’ tie-up with Sky Ocean Ventures. The company are now working with Sky’s technical engineers to potentially integrate the Soluboard into Sky’s supply chain. So, when a customer’s Sky box is taken back at the end of the contract, it can be dismantled and each part of the product is then sent away to its own individual waste handling scheme.

“At that point our Soluboard PCB could be removed and recycled in the optimal way,” he added. “So although we’ve come up with this completely novel material, we need to have partnerships like this in place to fully benefit from the carbon savings and waste reduction that our material will allow companies like Sky to benefit from.”

Despite the uncertainty over COVID-19, the fact that Jiva Materials reached the last 25 of the Postcode Lottery Green Challenge sent a lot of digital interest their way. “We’ve also had the opportunity to do that general startup thing of applying for competitions, grants etc,” added Herring.

“The partnership with Sky was the biggest breakthrough moment for us over the past year, and it’s been great having a name of that size supporting you. We were very lucky as it happened pretty much six weeks before COVID hit.”

In the immediate future, Jiva Materials will be working with a number of potential customers, looking at their design portfolios and suggest direct alternatives to their existing products using Soluboard. “What we need to do is put those products through testing, get some contracts in place and help to rethink the whole customer supply chain.

“We need to make sure that our material is fully specified for the market, because it’s a very specific product that we’re manufacturing and there’s very specific laws and regulations that we need to put our material through. There’s a very comprehensive set of tests that we need to be involved in and make sure that we have the data to support the ambitious claims that we’re making.” 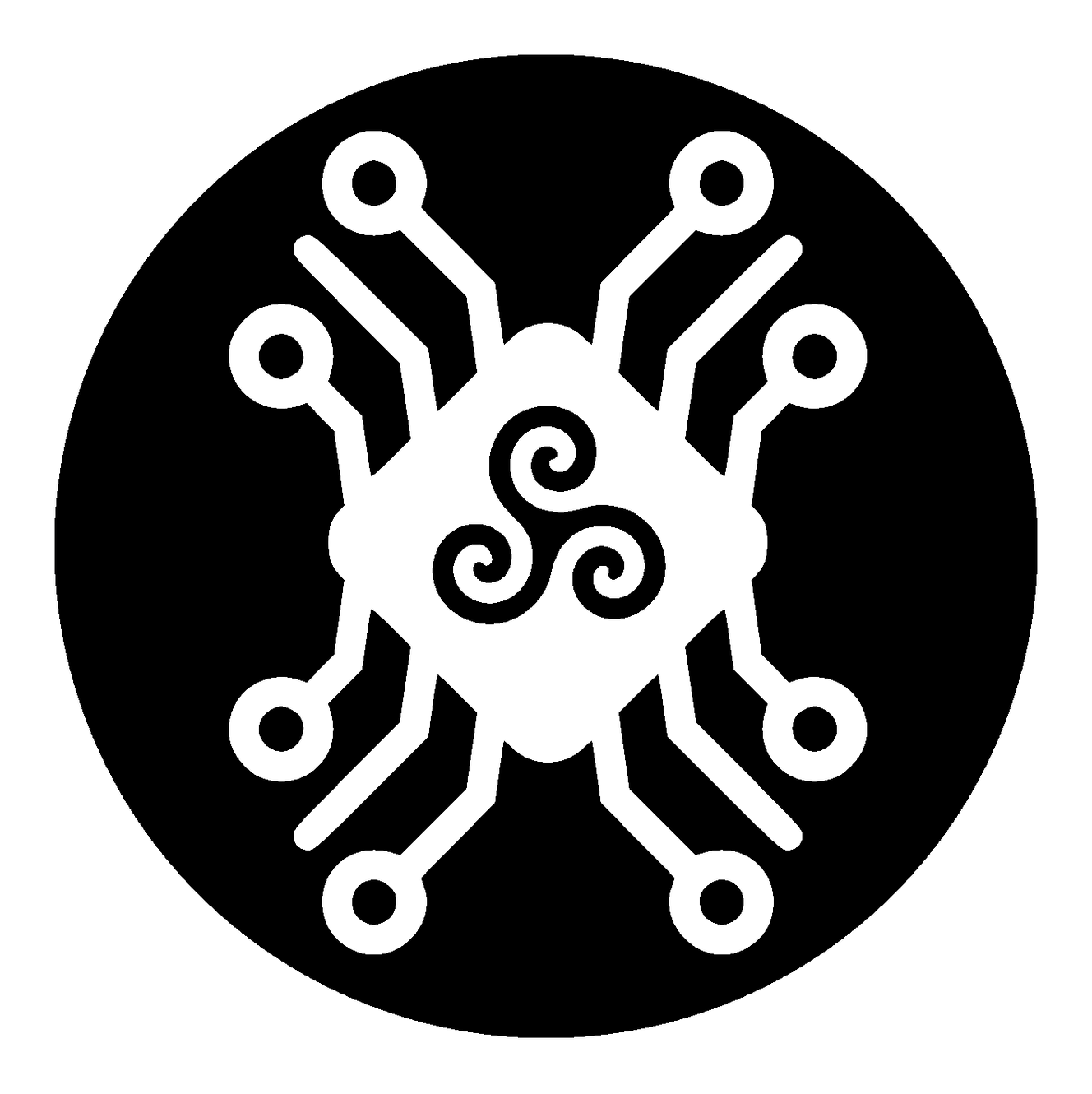 Through material science, Jiva Materials strives to question the manufacturing methods of our modern technology. Using naturally derived products, Jiva Materials is attempting to rebuild these industries from the bottom up.