From idea to reality: turning a fear into a business opportunity

I was super scared, what if the airline loses my luggage packed for four months, what would I do?

Fortunately, my luggage didn’t get lost that time. However, the fear remained every time I flew. I would say that instance was the trigger for why I started thinking about studying something within the field of aviation.

However, to be honest, aviation wasn’t my first choice, as I had applied to join the military first. However, I had some health problems that year, and I couldn’t pass the exams. I still remember the day when I was in the hospital, thinking what I was going to do because, at that point, joining the military had been my dream for a few years.

As I was browsing Facebook, I accidentally saw an advertisement from University College Birmingham. It was around 2:30am and I thought that this was something I needed. To go abroad not only to improve my English, but to also study the things I was interested in.

The next morning, I applied. Of course, when I told my parents that I had decided to study abroad it became a family joke for a while as nobody from my family had ever studied or travelled for a holiday abroad.

A few months later, I got the letter saying that I had been accepted, and my semester was starting in three months. You can imagine the number of questions from my parents about it. However, they were super supportive from the very beginning, and they didn’t try to persuade me not to go.

In the first year, I had a module where the main topic was aviation law regarding regulations within aviation, deregulations, open skies agreement, and the Montreal Convention. I immediately fell in love with aviation law, mainly regarding how aviation passenger rights work, because the most interesting fact to me was that if my luggage is lost at the airport, I can be financially compensated up to €1,220, something that I had never heard of before.

How did you start your own business?

Well, everything started when I was finishing my bachelor’s degree. I didn’t want to write my final piece of work/bachelor dissertation about something I was not interested in just to pass. I wanted to write about something that I was passionate about, and the only topic I was interested in was passenger rights within aviation in instances when flight issues such as overbooking, cancellation or flight delay happen.

In all such cases passengers can be financially compensated up to €600 and the price of the flight ticket doesn’t matter. Once I chose this for my topic, I started researching about it. The findings were unbelievable.

I found out that 85% of aviation passengers do not know about their rights, and they don’t claim their money when a flight issue occurs. This discovery was so shocking for me that I started searching whether there were any claiming agencies who were helping people regarding this on the market.

I discovered there were, but they helped only two percent of all passengers that had dealt with problem. That was super interesting to me because I couldn’t understand how that was possible. So, I started speaking with real people in my life and I saw that there was this huge gap - nobody is listening to the problems of aviation passengers, but everybody tells them the solution.

The funniest fact is that a month before presenting my final work, my flight was delayed, and I had to claim my compensation. I saw first-hand how tricky being in this situation can be. After receiving my bachelor’s degree, I went to the US to work as a lifeguard. During that summer, three of my very good friends contacted me that they had had some flight issues, and I was thinking is anyone helping other people that have had the same issues as my friends?

Who helps the people who don’t have a friend with the knowledge regarding these things? So, I cancelled my plans to travel with my best friends after our summer job was over and I applied for BSEEN program at UCB. This one-week program had started one week before my first master’s degree semester started. Thanks to this program I registered my business and got mentors with whom I spoke each month.

During my master’s degree, I spoke with people in the field of aviation, working on the idea how to help all the people who have some issue or problem.

Yes, I was doing everything by myself because, to be honest, I had never thought that setting up a business is made by a billion to-dos. But I think that’s normal, as I had no experience with starting a business before. In the early start, I didn’t even try to find co-founders, I just tried to understand what the word entrepreneur even meant. I attended workshops, networking sessions and was talking to other people who were also starting their first business.

After approximately one year, I started to understand that there is a reason why companies are usually founded by three or more people. However, I couldn’t find anyone for a while, as I believe that business is like a marriage - there should be some chemistry from the first moment. A year later, I met Dominik and Igor, people with whom I could see a future collaboration since the very beginning.

What was the biggest challenge for you?

I think the biggest challenge changes all the time. My first big challenge was going to workshops, since before the pandemic they were in person, and I had to present my pitch. That was scary for me. The second challenge was the fact that I had no experience in business industry and I felt dumb sometimes.

There is still a lot I don’t know about, but now I know that not knowing everything is normal, and that the more you speak with people, the faster you learn. However, I have to say that it is an amazing feeling looking back and seeing all the little steps I have already taken and how they changed my thinking.

Did you want to set-up your own business?

I had never wanted to start a company or set up a business. My only aim was to change the perspective and the process of how aviation passengers are treated when a flight issue happens. However, the more I thought about how to change all those things and help other people, the more I realised that the only way of how to achieve that was to create something new.

I am not scared of our competitors because personally I believe that once you understand the difference between ‘idea’ and ‘vision’, you get to the point where the competition is a good thing for you and you are not scared of them because you know that ideas can be copied, but the vision cannot be taken.

Any recommendations for other female founders who still hesitate to start?

Not sure if I can give any advice as we are still working on Aviation Passenger Advice MVP but I can say that these two years were super challenging for me and thanks to this project I met a bunch of amazing people who I wouldn’t have met without it. I think that fear is temporary, and if you can overcome it once, you can do it every single time. Just start! 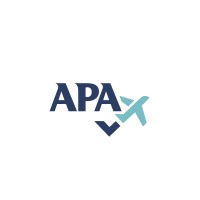 Aviation Passenger Advice was created to inform aviation passengers about their rights while they travel in real time and get financial compensation up to €600 if an unexpected situation happens.

Making your tax return work for you