How a Ukrainian IT company Survives and Fights the War

It has been a month since a full-scale war began in Ukraine. On February 24th people were awakened by the sounds of heavy missile blasts hitting airports, military bases, and other strategic targets. People, as well as businesses, were forced to face circumstances they’d never had before. “You don’t know what you don’t know,” said Aleksandr Volodarsky, CEO of a Ukrainian IT-company Lemon.io. “There are so many things you can’t prepare for when you have never been through a war.”

At Lemon.io (a Ukrainian IT company, that connects European web developers to US-based startups) contingency plan was created, stating that the company will continue working to its highest capacity; employees will receive a double advance on salary in February, and developers will begin receiving payments twice a month. Additionally, the company made a decision to pay full monthly salaries to everyone who enlists in the army/self-defense or volunteers.

“The crucial thing is to relocate your people to a safe place. We have considered it before the beginning of the war, but there are just so many nuances we did not take into account. For example, people want to make their own decisions, like going to their relatives or friends. Also, some people’s decisions are tied to the decisions of their family members, who are not willing to leave their homes. We did not foresee that the roads would be closed down or that it would be incredibly difficult to find drivers,” Aleksandr explained.

This month the company participated in fighting the war by working hard and donating all of the profits to the military. Even in the midst of air raid sirens and bomb shelter visits, on the road, with the unstable internet connection, and in the tiniest rooms of their shelters, our staff and developers continue to work. We also find that our international clients are particularly supportive and understanding of Ukrainian colleagues who were called into the army, unable to work, or have volunteered to help the army.

Aside from the company's efforts, Lemon.io employees have been volunteering by delivering necessities to people in need, helping those who’d like to move to the west of Ukraine, translating articles for international media, and doing everything they can to help their country.

Here is the story of Alina Yaremenko, a Lemon.io Recruiter, who escaped war-torn Kyiv. She was welcomed by the locals and given shelter in a dormitory. Although she doesn’t have much (merely a bed and a few personal hygiene items), Alina continues to work, at times from a bomb shelter, as well as volunteer and help others in need. Alina volunteers by buying food for those in the armed forces “We’ll just buy groceries for the soldiers - because we can afford it, and they can definitely use it.”

Eugene Lata, Chief Marketing Officer at Lemon.io, participated in the war in eastern Ukraine in 2014. Now, he felt that his hometown was under a threat and decided to join the Territorial Defence Forces. Eugene shares how overwhelmed with pride he is for the whole country, as he watches people of all ages and occupations unite to protect their home. Though Eugene spends all of his time on military efforts, he continues to consult his colleagues and answer all of their questions.

Another story is about Dmytro Mamontov, our Creative Copywriter. Dmytro lived with his family in a suburb of Kyiv before the war started. When it became unsafe for them to remain in Kyiv, they moved to a western city. Dmytro shares that it is much more difficult now for him to come up with creative ideas, even though he continues to work on the projects. His days are divided between work and volunteer efforts. He assists local volunteers and Territorial Defense troops.

Amid the chaos and panic, it is incredible how united and supportive everyone is. Many IT companies help their employees with transportation to safer locations, shelters, food, etc. A number of technology companies with offices in other countries have taken in their Ukrainian employees with their families and ensured they have all that they need. Those whose jobs are threatened by the war continue to receive salaries.

With so many uncertainties right now it is hard to make any future projections, but Lemon.io founders are optimistic about their country’s and company’s future. They believe Ukraine will be able to rebuild from the war as it did from many big financial crises in the past and will become even stronger than before. 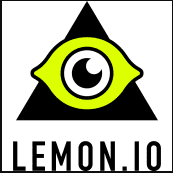 Lemon.io is the exclusive community of startup sidekicks, and is a marketplace of vetted offshore engineers.

Lemon.io connects early-stage startups with vetted offshore engineers, as it spends a lot of time with developers and dev shops before accepting them to the community. When a startup comes to Lemon with an open role, it offers the candidate who if the best fit for it.