For years, if not decades, being a ‘woman in tech’ has been seen as the exception to the rule and for many, a career path that’s littered with challenges. According to a Women in Tech report from PWC, only 5% of leadership positions in the tech sector are held by women, a paltry 3% of females say a career in tech is their first choice and only 16% of females have had a career in tech suggested to them (vs 33% of males).

And the startup world doesn’t paint a great picture either.

So how can we turn this around? What if there was a way to turn being a ‘woman in tech’ into a competitive advantage instead of the exception to the rule?

In this article, Lauren Stewart, Founder of Invigorate Platform, shares her tips and tricks on how to do just that!

As an early stage startup founder, Lauren is no stranger to facing challenge head-on, especially when it comes to dealing with the raft of things that come with building a platform-based startup.

From tech issues to event planning, juggling investors to managing cash flow, no two days are the same and every day throws up a new challenge.

So how does she do it? Especially as a female in a male-dominated world.

According to Lauren, there are two key things to being a successful woman in tech:

Instead of focusing on the potential disadvantage that being a woman in tech brings with it, the key to success is to actually view it as an advantage and an opportunity to differentiate yourself in a sea of ‘sameness’.

Yes, there are broader societal issues that need to be addressed. But these aren’t going to change overnight. So in the meantime, what we can do as women is to seize back control and turn a challenge into an opportunity.

Think about it from a white male’s perspective - how on earth can they differentiate themselves amongst so many other white males? They can’t.

But what a female can do, especially in tech, is to use that distinctiveness, that ‘otherness’ to get attention, to create opportunities and to stand out from the crowd.

It’s something that Lauren is very familiar with.

Having moved from South Africa to the UK and immersed herself in the male-dominated world of engineering, she was used to ‘having the strange accent’ and ‘being the only female in the room’ for many years.

But she took to heart what tech entrepreneur and CEO, Brett Hobermann, is renowned for saying - that immigrants often make the best entrepreneurs because they see things from a different perspective and are well-placed to challenge the status quo.

What better motivation than that for women in tech?

Building up your female resilience muscle

Which leads us on nicely to Lauren's second key tool - building up your female resilience muscle.

Not many people who know Lauren know that her first jobs out of uni involved working on the factory floor of Jaguar Land Rover and Unilever’s ice cream making facility!

But embracing those situations where she’s been the only female in a sea of men has stood her in good stead for being the successful woman in tech and female founder she now is.

“The sooner you can build up a resilience to hard work and challenging times, the better. For example, if you’re nervous about studying that difficult degree, just do it, and start building up that muscle. Train yourself to take on hard things and difficult situations - run at the hardest thing you can do.”

Early on in Lauren’s career, a mentor uttered these words to her: “The only glass ceiling you have is yourself.”

They’re words that have stuck with Lauren and that she’s truly taken to heart.

And they are also the ethos for the business she now finds herself building and leading.

Improving diversity in all aspects of business

As the CEO and Founder of Invigorate Platform, Lauren has been adamant about diversity being ingrained in the business from day one.

The platform is an advisory marketplace that pairs growing businesses with expert advisors. The onboarding criteria for advisors sets a high bar - not just in terms of experience, but also in terms of diversity.

In fact, the screening process looks beyond someone’s background to their achievements and their attitude. Invigorate advisors are very often serial entrepreneurs who haven’t necessarily followed a traditional academic and corporate path, but have proved their mettle through results they’ve driven, businesses they’ve built, and the behaviours they’ve demonstrated in dealing with high performing teams from all walks of life.

Having this ethos at the core of the platform is hopefully setting a good example to businesses themselves. As a growing business, if you can access a more diverse pool of expertise, then organically, you should grow to be a more diverse business too.

And Lauren is keen to stress that diversity is out there - you just need to put in the hard work to find it!

Advice to other female founders

“Starting Invigorate was a huge decision for me - make no mistake! But what’s important is that I went with my gut and chose that really hard thing to do.

My advice for other female founders? Just do it, get out of your safety net and take that leap.”

All part of building up that resilience muscle!

Which goes for how you build and scale your business too. Because building a business, especially in tech, will attract a lot of criticism.

The art, according to Lauren, is to see it as feedback rather than criticism. And appreciate that if someone is taking the time to give you feedback, then they value what you’re doing and can see the potential.

For growing scaleups in particular, using that feedback on an ongoing basis is crucial.

You’ve got to put aside the imposter syndrome that so many women in tech experience, and build on what you’ve already achieved.

And if that’s not enough, just think of all the other women in tech following behind - we need the Anne Boden’s of this world to aspire to. They may not all succeed, but we need them to blaze the trails for the next generation of women in tech.

And if you’re faced with structures that you simply can’t defeat?

Well, we’ve also got to face facts that societal change is slow and many corporate structures in particular aren’t going to change anytime soon. But every step we take in that fight is a step towards a more equal and diverse future, and we all have to play our part in getting there.

The important thing is to take back some element of control and use that to create a structure that works for you.

Yes, that could mean leaving your job, or networking your way into a new one… or it could be something completely different like side-stepping into a different environment or sector altogether.

According to Lauren, it’s not the structure per se that’s the problem, it’s the helplessness.

And that’s something that women can claw back, especially with our newly built resilience muscle! 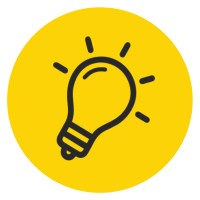 How to Keep Your Business Accountable to Your Green Messaging

How to adopt hybrid working

How AI is shaking up the workplace