How investing in the right workstations could save your business money

When the pandemic first hit and we were forced into lockdown, businesses had no choice but to adapt quickly, and most did a commendable job, rising to the challenge and ensuring employees had what they needed to do their jobs effectively from home.

In fact, more than half of UK companies invested in new equipment, such as laptops and tablets for their staff. However, many were using these on kitchen worktops, coffee tables, or worse, propped up on their lap on the sofa. Not sitting correctly, whether that’s at home or in the office, can have huge implications on our health, and so it’s in business owners’ best interests - both culturally and financially - to invest in the right workstations for their teams.

As more companies look into making the change to standing desks within office environments, here are three of the main ways it could save money.

Studies show an employee’s productivity increases by 10% when using standing desks. When the NHS trialled the benefits of sit-stand desks, they found staff to be less tired and more engaged. The research team, led by Loughborough University and experts from Leicester, assessed 146 mainly sedentary NHS staff, with participants even citing improved quality of life as a result.

Standing or moving positions increases blood flow and brain power, helps you focus, and gives you more energy throughout the day. Standing also gives you a sense of urgency; subconsciously we associate it with action, facing tasks head on and being less likely to succumb to distractions, therefore boosting performance at work.

Even just a 10% increase in productivity could mean an increase of 10% growth in earnings, and of course this is scalable – the more employees you have, the more the more work is being achieved, and the more money you save overall.

Sick days cost the UK economy on average a staggering £77.5bn per year. Perhaps what’s most striking about this stat is just how much of it could be avoided.

It’s increasingly believed that sitting down too much can be a risk to your health. Not only is it a major cause of musculoskeletal problems, especially with regards to the back, neck and shoulders, but can also contribute to other issues, including repetitive strain injuries, digestive problems, and even weight gain due to a slowed metabolism. In turn this can fuel more serious conditions such as heart failure or diabetes.

Prevention is better (and less expensive!) than cure, and as businesses can lose thousands of pounds each year through sick leave, it makes sense to do all you can to reduce the number of sick days your staff take.

Standing desks can be a good way to help reduce injuries and poor health from occurring by providing employees with an improved posture while working. Research shows that standing with a straight back not only improves posture and productivity but can also help to reduce our risk of diabetes, cancer, obesity and heart attacks.

Remember, it’s not just sick days that cost your business money, but times when your team aren’t working at full capacity. In recent years there’s been a steep rise in what’s known as presenteeism - the act of showing up for work without being productive because of ill health. Staff might drag themselves into the office with a splitting headache several days in a row but achieve less than if they’d taken a sick day and returned when they had recovered. If you can find a way to prevent those aches and pains in the first place (or at least significantly reduce them), why wouldn’t you?

We all know it costs less to retain a customer than to win a new one, but the same goes for employees. A high staff turnover is not only damaging for your business but expensive. The cost of recruitment fees and time, training, and a period of new starters getting up to speed is something you’ll want to minimise.

The health benefits that come from standing desks not only create a happier workforce, they demonstrate to your employees that you care; you’re invested in their wellbeing. There’s a great deal of research to show that younger generations of workers are less fixated on salaries, and place greater priority on wellbeing, perks, and work-life balance.

It’s also a great way to create the kind of positive office environment that attracts and retains the right talent too, creating a more open and accessible workplace that encourages collaboration.

There are many reasons companies choose to update their workspaces, not least for health and wellbeing reasons, but the financial benefits of upgrading to sit-stand desks shouldn’t be overlooked, and could be a great investment for the future. 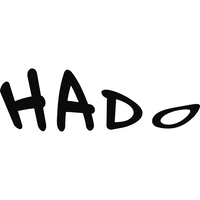