How to change your employees’ terms and conditions of employment

In the current turbulent economic climate, many startups will be faced with financial challenges. In many sectors and industries, employers have not seen a return to pre-lockdown customer demand. That being the case, the starting point is to think about what your structure will look like for this new normal?

Will you need people to start and finish at different times to comply with social distancing? Will you need to reorganise your employees, perhaps redeploying some of them to other roles, either permanently or temporarily? Will you need to cut hours or pay because of the financial impact of crisis?

Generally, a contract can only be changed in line with its existing terms or by agreement, so the best place to start is with what the contract currently says. Is what you are trying to achieve already permitted under the contract? If so then that does make things a whole lot easier in the long run.

Whether or not it is permitted will rather depend on the nature of the change. For example, it is rare that a contract will allow you to reduce pay given it is fundamental to the employment relationship. However, with things like start and finish times, job duties and sometimes even hours of work you will have a degree of flexibility.

You should note that any specific flexibility clauses will be given a restrictive interpretation by the courts and may be limited by an implied term (for example, an obligation to exercise the flexibility clause reasonably). For example, if you are looking to change start and finish times by an hour or so, then in built flexibility may work.

However, if the change is more fundamental, for example moving from a day shift to a night shift, then that might not be a reasonable exercise of your discretion. In addition, please keep an eye out for potential discriminatory consequences when changing start and finish times - for example anything impacting childcare arrangements may be indirectly discriminatory on the grounds of sex.

Step 2 - Talk to your employees

If you can’t rely on the existing contract, the quickest and easiest way to bring about a change is by negotiation and agreement. It is also the option that is best for maintaining good relations with your workforce.

Please note I am not talking about formal consultation - that may come later - but a simple commercial negotiation. If employees are willing to agree to a change it can be brought about immediately - the timing is simply something else to be agreed between the parties.

In a world with semi-lockdown conditions and social distancing, you’ll need to think around the practicalities of this. For example, will you speak to your employees as a group or individually? In my view it makes sense to go in groups and then talk to any reluctant individuals personally but how will you do this? Zoom, Teams or telephone conference call? You could just write or email employees directly but is that always the best way to explain and sell the situation to them?

This is where your sales technique comes into play. You will need to sell the 'benefits' of the change - or potential serious consequences of not agreeing to it. In more normal times, it is common to try and trade things off - so if you agree to X we will give you Y. Given the current economic climate, it’s unlikely this is an option. Instead you will have to stress the serious implications for not bringing about the changes. That will vary from business to business but it’s not hard to envisage a situation where redundancies will be necessary if changes cannot be brought about.

Whilst being a good salesperson is important, don’t forget to refer back to the contract if that helps. If you have inbuilt flexibility and that can be exercised reasonably to bring in the change then say so. You can explain that you are trying to be accommodating about this, but at the end of the day your existing contract allows this change so it’s likely to happen anyway.

Don’t forget to record the new agreement in writing as that is a legal requirement. A simple contractual amendment letter setting out the specific changes would suffice, rather than a whole new contract.

Step 3 - Forcing through the change

If the change is not covered under the terms of the contract and cannot be agreed, then your only remaining option is to force the change through. There are two possible ways of doing that: 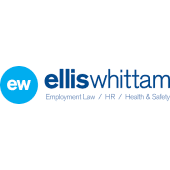