Most of our readers may not be old enough to remember pagers. However, in the pre-internet, pre-mobile world of the early 1990s, if you had a pager you really were a trend setter as it made you contactable wherever you went… imagine that?

They have now largely been rendered obsolete by modern technology so it’s in a way quite surprising that they are still being used by emergency services and within healthcare communications. Technology is advancing medicine, surgical techniques and aftercare at an unprecedented rate, so to see such an arcane method being used to ensure healthcare professionals are able to keep in touch certainly seems a little odd to me.

And that was certainly the case for the team at Hospify, who have developed a solution that enables users to keep in touch with colleagues and staff in different departments, hospitals or clinics, in a way that consumers might do with WhatsApp. Messages are sent over the app using secure end-to-end encryption and the service complies with GDPR rules for handling patient information.

Founded in 2014 by two NHS surgeons and a digital platform specialist, Hospify is a communication platform designed specifically for health teams and patients. Its founding principle is that, like the NHS, it is free at the point of use, without exploiting users’ data or compromising their privacy.

Hospify was born in the operating theatre after the company’s surgeon co-founders, Neville Dastur and Charles Nduka, were unable to contact a third, key surgeon during an emergency operation. Consequently they decided that the messaging tools that they took for granted in their personal lives should be made available in their professional lives where, after all, the stakes were much higher.

Dastur is both an accomplished vascular surgeon and a successful entrepreneur. Nduka’s surgical expertise is facial reconstruction, and he has set up several businesses and raised significant funding for a new AI-powered medical device. As a result of this background the two resolved to engineer the solution themselves.

For practical and commercial expertise from outside the medical profession they approached James Flint, a former university classmate of Nduka’s and a specialist in digital media platforms and data science experienced in building and managing complex social media and online video platforms.

“We really wanted to do something about the ridiculous situation in healthcare comms,” said Flint. “Getting hold of people can be a hopeless task. Some hospitals don’t have proper directories and some are still printed on paper. This is a crazy scenario. We’ve all got mobile phones in our pockets with a host of communication apps on them so why can’t we use them to communicate in health?”

After some investigation the Hospify team uncovered that the issue is currently being circumvented in the healthcare industry via the use of WhatsApp. Indeed, a question that Flint and the team often get asked is, ‘why can’t I just use WhatsApp’? Well the simple answer is GDPR.

When you receive a new message, a notification will appear on your home screen much like other messaging apps. However, the contents of the message is not shown on the home screen, ensuring the message is kept private within the app. In the future fingerprint recognition will replace the pin-code to make message access easier.

Messages are stored on the sender’s phone or tablet and on the recipient’s device for 30 days, then removed in line with GDPR requirements for the safe removal of patient information. Hospify was also developed to make it possible to send text and photo messages securely in the course of delivering healthcare without the need to anonymise the data.

“GDPR is making the use of WhatsApp in the NHS impossible,” said Flint. “It struck us back in 2015 that if we could build a similar but compliant messaging platform then that was a real business opportunity. So we have consulted with the Information Commissioners Office (ICO) in developing the app to manage messages in a way that is compliant with GDPR legislation and have sought to find the best way possible to securely transmit messages.”

Despite raising some early funding from Innovate UK, the nature of the healthcare industry made raising money tough. “Healthcare is very resistant to change and is inherently risk averse,” said Flint. “Likewise, investors tend to be wary and they know that healthcare is a very specialised area, scaling a business within it is difficult and its structure means working with the NHS is very hard and challenging.”

Flint added that what also came as a surprise is that investors weren't crazy on the idea of doctors running their own companies - the public sector is very different and doctors don’t tend to be exposed to the rigours of the commercial world, and the assumption is that doctors as a rule just don’t have the right head for business.

Flint added that the difference between Hospify and around 90% of other messaging systems, is that it does not store sensitive data on a centralised server. “We wanted to build something that was compliant by design,” he commented. “So we looked at the legislation very closely and thought that the only way to do this and meet the very stringent regulatory requirements of both GDPR and NHS information governance (and to do it at scale), was to actually not store the data.

“Going back a couple of years, people thought that GDPR was a joke. I had endless conversations with people who said that they couldn’t believe we were building a business around regulation. The thinking was that no one would care, no one would take any notice, and everyone would just use WhatsApp.”

The big break for Flint and the rest of the team came when the company was approached by Unison, the biggest public sector union in the country with 500,000 nurses on their books. This placed a lot of potential customers at Hospify’s fingertips.

“A factor that most people don’t understand about the NHS is that it’s not one entity,” said Flint. “It’s not a case of just selling to the Department of Health and then you’ve got access to a massive market. That’s not how it works. It’s not one organisation, it’s an industry. It has 10,000 organisations within it. There are 2,500 hospitals, and 7,500 GP surgeries, and every single one is a separate business, with its own P&L and each one is acts independently from the Department of Health and makes its own decisions. This is one of the reasons why investors aren’t that crazy about the healthcare sector.”

Therefore, the tie-up with Unison offered a real opportunity to scale Hospify across the industry in a way that selling to a trust or individual hospital never could. “Suddenly investors were interested,” said Flint. “Unison wanted to trial the system and we got a Memorandum of Understanding (MOU) from them for a trial and off the back of that we secured some pre-seed funding of £250k – that came from angel investors, private investors and we put some money in ourselves. So we were able to turn what was a basic prototype into the platform that Hospify is now.”

Hospify essentially gives away the app for free in order for healthcare professionals to try it without any risk. The company then sells the Hospify Hub. “If Hospify is a bit like WhatsApp, the hub is a bit more like Slack,” Flint added. “The hub has two components. It has an online web portal that allows you to go in, set up your administrators, onboard and validate your users and give them access to a desktop version of the app. And it can also be used for setting up official groups and sending out broadcast messages and surveys to large audiences, which is where it begins to act as a replacement for NHS pagers, or ‘bleeps’ as they are referred to by clinicians.

“Obviously end users don’t want to do it all on their mobile phones so the second component is a desktop app. This syncs with the user’s phone while still storing all information locally on the machine – nothing is on the Cloud.”

As challenging as the healthcare sector is Flint added that working within it is inherently rewarding. “You’re making a difference,” he said. “If we can make this work then we will improve the lives of doctors and nurses who, at the moment, are over-worked, stressed and frustrated, and one of the main reasons for that is because their communication tools are not fit for purpose.

“And if we can improve their communication systems without wasting a lot of taxpayers’ money on useless IT, then we improve the lives of patients and, indeed, taxpayers. It’s a great thing to be doing because there’s a moral driver. In addition, if you can get into health it’s a very loyal sector, unlike the consumer sector which is very fickle.”

At Frimley Park Hospital in Surrey, trauma teams responsible for coordinating and performing hip fracture surgery on elderly patients are now using Hospify to stay in touch with each other – securely, and in real-time – so that the right people can be mobilised immediately when a new complex case comes in.

With 500 hip repairs carried out annually, consultant anaesthetist Tim Pepall and his colleagues had been searching for a solution to real-time trauma coordination for years.

“We had always felt there must be a better way of communicating. Emails just don’t cut it, and chasing people individually can be very hard and time-consuming,” he said. “In complex fractured-neck-of-femur surgery, there are lots of surgeons, anaesthetists and nursing staff involved. One person might know what’s going on, but the issue until now has been how to efficiently bring everyone up to speed when people are in different places.”

On adopting the Hospify app Pepall added: “Finally, here was a secure means of communicating instantly with colleagues – with the ability to share information in a compliant manner, monitor people’s responses and have back-and-forth conversations in real-time. All teams need is their smartphones, something most people already have. It was the answer we’d been looking for.

“It’s electronic communication at its best,” concluded Pepall. “Hospify is a game-changer. I can see it catching on quickly in other departments and hospitals. It’s something the medical profession has long needed, and the fact that it was designed by a clinician - who understands our processes and the criticality of patient privacy/information governance - means we can have the confidence to use it when it really counts.” 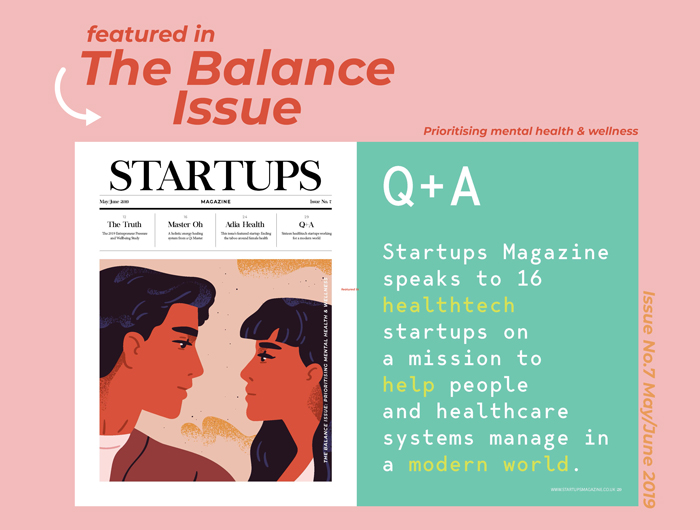 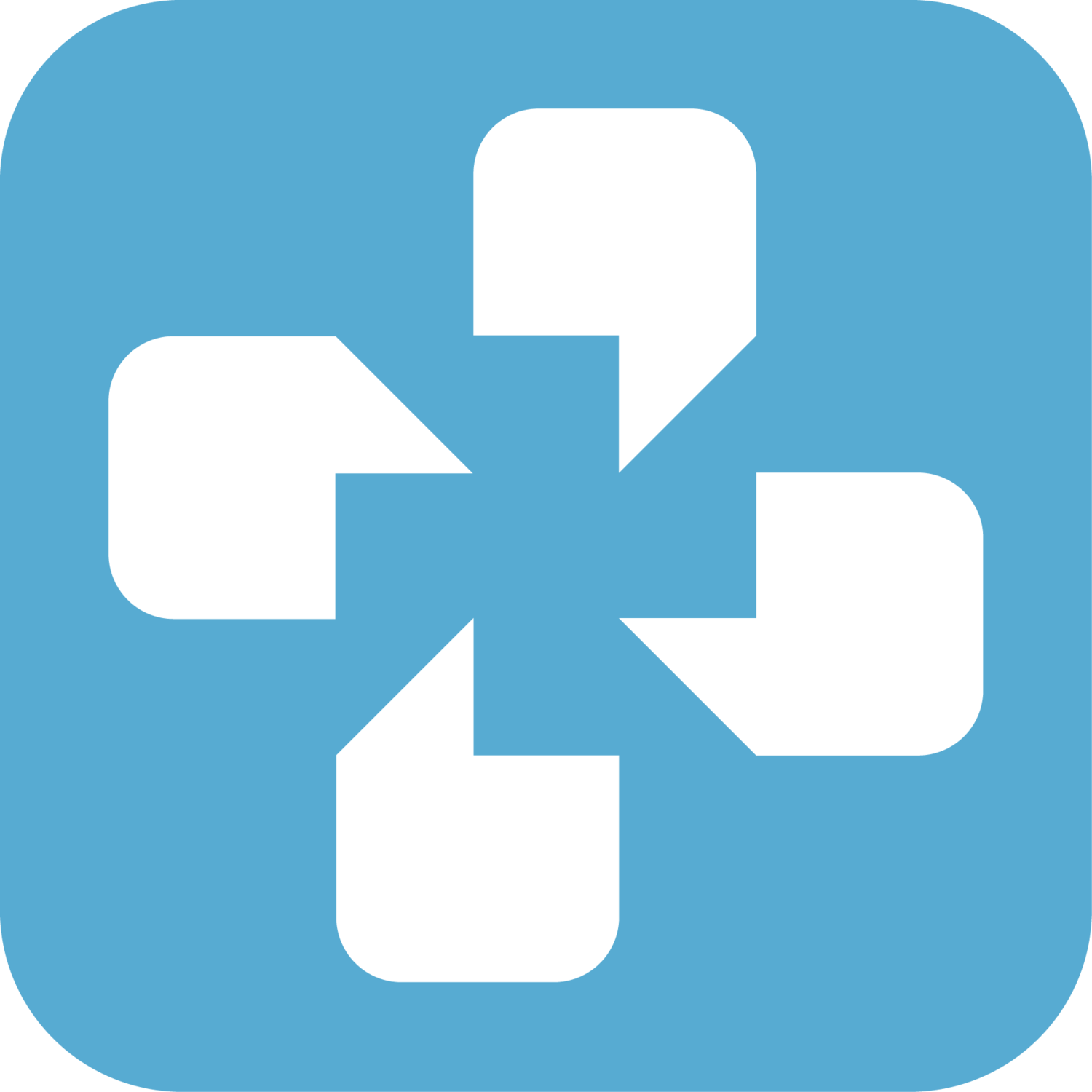 Messaging and data platform compliant for health use by clinicians and patients across the UK and EU.