Juggle, an online skills market for flexible work, has announced it has raised  $2.1m to date from both sides of the Atlantic, a further boost in its mission to close the women’s leadership gap. The software-as-a-service (SaaS) startup connects forward-thinking businesses with flexible professionals.

A 2017 report from the Equality and Human Rights Commission highlighted flexible working as a primary recommendation for improving gender equality in the workplace, and that advertising all UK jobs as flexible could help tackle the gender pay gap.

Since launching in 2017, 62% of all placements made by Juggle have been female. Within its own 11-person team five staff work flexibly (part-time) and it is a remote-first company.

Romanie Thomas, Founder and CEO of Juggle wants to see women in 50% of business leadership roles by 2027 and believes flexibility is key: “As a successful former headhunter I was placing senior executives, and I saw exceptional employees leaving work to have a baby and struggling to get back in. Firms passed on perfect candidates because they were uncomfortable with bespoke arrangements. I knew things had to change, and I wanted to be the driver of that change.

"Employees aren’t asking for anything revolutionary, just to be able to work in the way that's most efficient and productive for them. Flexibility enables people to maximise their energy and skills, and that's a huge benefit for employers once they realise it. The investment we've secured is a vote of confidence in something we already know is true.”

Juggle has already created flexible recruitment ecosystems for companies like Reallife Tech, Hopster, Hubble, and Whitehat. Andrew Gault, Founding Partner at 7percent Ventures commented: “The current pandemic will have a lasting effect on the way we work. We were already on the brink of a serious shift, and Juggle was ahead of the curve.

"Now as more employers and workers look at flexible working arrangements, Juggle is perfectly poised to help match businesses with the right talent and provide its extensive knowledge to make a success of flexible work. Data shows that more flexibility is good for everyone, and could have a monumental impact on the gender gap, as more exceptionally talented women can be placed into senior roles. Juggle has an incredible mission and a platform to make that mission a reality.”

Flexibility at work can cover the time you work, the location or the pattern, such as a job share. Under the UK Employment Act of 1996, there is a statutory right for any eligible employee to request flexible working, for any reason, if they have been with the company for at least 26 weeks.

However, a 2019 report from Aviva found that one-fifth of UK employees won’t make the request because they are convinced it will be refused, and 35% aren’t comfortable asking their employer for more flexibility. But more than a fifth of workers have changed companies or departments to find greater flexibility, and almost half would consider switching if the new role was more accommodating to their work/life needs

The 2017 report from the Equality and Human Rights Commission recommended that “offering all jobs as flexible will remove the barriers faced by women and disabled people, who are more likely to have to negotiate flexible working or accept part-time jobs that are often low-paid. Creating workplaces with flexible cultures will increase opportunities for everyone, giving people greater choice about the role they play both at work and at home.”

Juggle works closely with businesses and prospective employees. Professionals sign up to the service where they are then guided through a thorough onboarding process. Recruitment tools enable them to schedule and keep track of job applications, and coaching and support are available from a Juggle Talent Specialist and Flex Liaison Officer. Juggle also provides smart matching and paperwork. Businesses using Juggle to find the right candidate are vetted in advance to ensure that they embrace flexibility.

Tamsin Webster, Chief People Officer for N Family Club, added: “I've been placed into an exciting and flexible, senior position by Juggle previously and used them several times to find excellent people for my teams. They focus exclusively on flexible, including part-time or remote, and experienced hires for long term engagements, which works perfectly if you don't have the luxury of time and money, but you also can't afford to compromise on quality talent.” 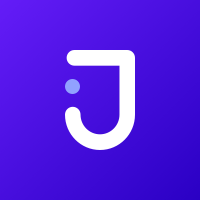 Juggle is a skills market for flexible work, on a mission to change work for the better. The company enables outstanding talent to work with the most forward-thinking companies. Today, less than ten percent of business leaders are women.

Juggle’s vision is to grow this percentage to 50% by 2027. Founded in 2017 by CEO Romanie Thomas, Juggle has already found talented candidates for companies including Hopster, Whitehat, Reallife Tech and Hubble.