Fertility rates are plummeting Around the World — Here’s Why

Around the world, fertility rates are falling dramatically. Researchers have described the decline as “jaw-dropping” and the impact that it is going to have on societies is difficult to fathom. According to their research, nearly every country is set to see a serious decline in the number of babies being born. To make the shift even more monumental, the worldwide population is also ageing dramatically, and many countries are likely to see as many people turning 80 as there are being born.

The figures show that when the average number of children a woman gives birth to falls below 2.1, the size of the entire population will start to fall. The average number was more than double this back in 1950 (at 4.7), but it is projected to fall to 1.7 by 2100! The drop in fertility rate since 1800 has been astronomical, and we are facing another downwards turn in the coming years, but what exactly is causing this trend? 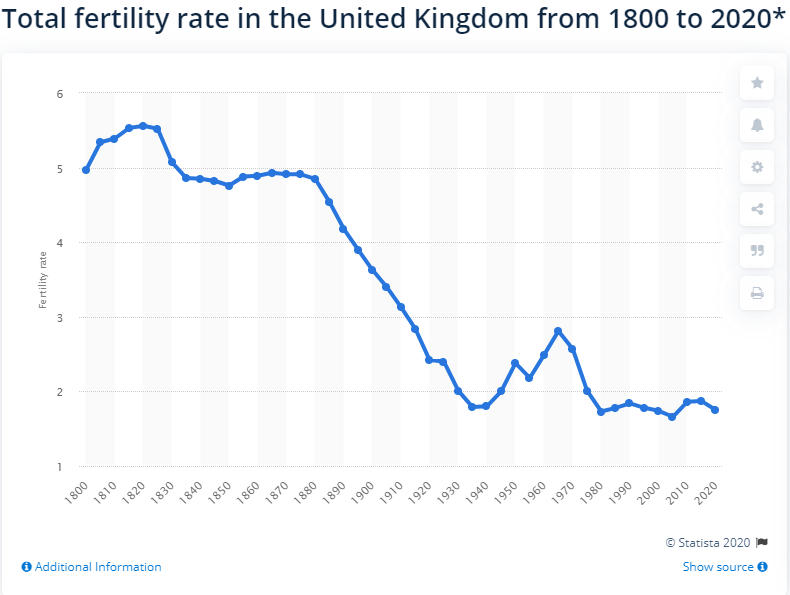 Dystopian novels such as P.D James’ The Children of Men, would have us believe that a decline in fertility rates could be put down to a scientific phenomenon, or a major decline in sperm counts. However, men are not at the centre of this specific set of statistics — women are.

With more women than ever entering the workplace, accessing contraception, and feeling free to make their own decisions about family life, less and less of them are deciding to have children. It’s no huge surprise that as the number of female CEOs increases, the fertility numbers fall — women are simply focusing on themselves and their careers more than ever before.

According to Fortune 500, the number of female CEOs in America is exponentially rising and the number within the top 500 largest corporations hit an all-time high of 37 this year. 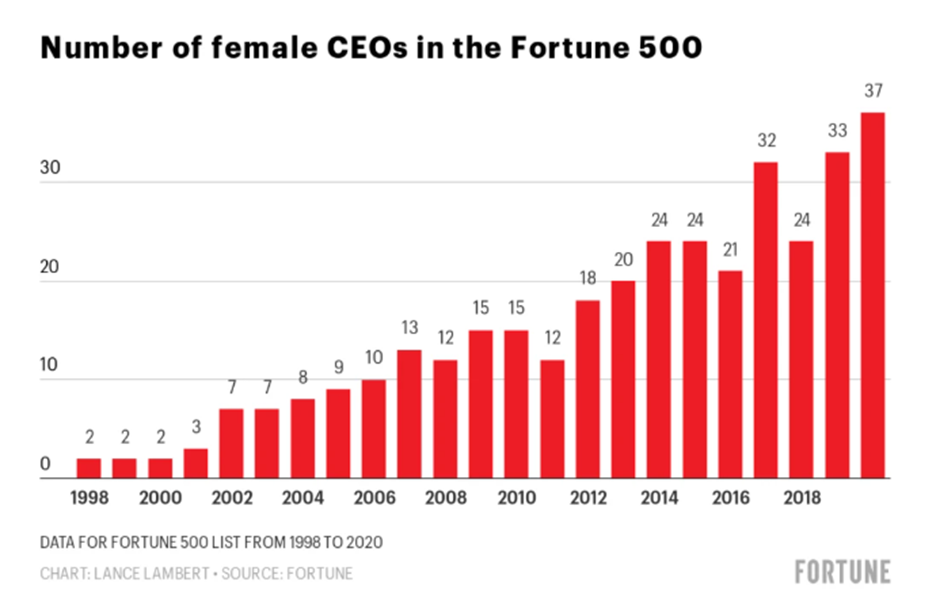 As well as in the USA, this is the case across the globe . In Japan, for example, the percentage of women in the labour force was reported to have reached 44.02 per cent in 2019 — a record high. Meanwhile, the fertility rate in Japan is one of the most dramatic declines, with the population expected to fall from a peak of 128 million in 2017 to below 53 million by the end of the century. For women everywhere, opportunities are beginning to present themselves more frequently, and glass ceilings are being shattered. Although many women around the world are still deciding to focus on having children and starting a family, they now have the alternative option to put their career goals first.

Increased access to contraception and sex education is equipping more women around the world to be able to make their own, informed choices. Whether people decide to have children or not, they are now at least presented with the facts and offered a greater level of information about what they can expect. Thanks to increased educational resources, those who do decide to get pregnant are more equipped than ever to deal with unexpected difficulties such as postpartum bleeding and postnatal depression, while those who choose not to, have a better understanding of birth control methods.

No longer is it only women in western countries that have access to this choice, but those in low-income countries, which have traditionally seen higher birth rates, now have more access to contraception than ever before.

In one report, published by Family Planning, it was revealed that 314 million women and girls are now using modern contraception in 69 low-income countries in Africa — more than ever before. On top of this, around four in ten women of reproductive age in India are now accessing family planning.

Despite these steps in the right direction, there are still millions of women around the world who do not have access to these basic rights. This could be one contributing factors in  Sub-Saharan Africa, whichis set to go against the declining fertility trend and actually see its population treble in size by 2100.

The right to choose

The decision not to have children is personal as much as it is driven by society. Now that women do have access to contraception and can see other paths that their lives could follow, many are making a personal choice to not have children, breaking down taboos. In a recent series by the Guardian US, a number of adults were interviewed about their personal reasons to remain childless. The reasons given were both moving, powerful, and diverse.

Their unique responses challenged traditional concepts of marriage and family life, with many of them choosing to live for themselves and themselves alone. Their varied reasons included “solitude doesn’t scare me”, “my climate crisis anxiety”,” society isn’t built for motherhood”, “I cherish my freedom” and “I don’t have enough money,” showing a great plethora of personal incentives to not have children.

One participant, Janice Reed, 64, from Texas, said: “I would rather be single and happy and independent than be married to someone I didn’t totally respect, even if it meant having more money or having children.”  This statement wonderfully demonstrates women’s new-found agency and a true sense of self in regard to having children.

There are a number of factors that work to explain this “jaw-dropping” decline in fertility, but they shed new light on the numbers and show that this is not the medical disaster it looks to be at a glance. Instead, this is evidence of increased empowerment and agency of women across the globe, who finally feel able to break taboos, choose their careers, and focus on themselves, rather than putting childbirth at the centre of their universe. As for those who do still want children, the choice is theirs entirely! And with better access to education, medication and resources, they also have the ability to make pregnancy their choice rather than an expectation, no matter what society may have previously told them.

How Diversification can help your Business